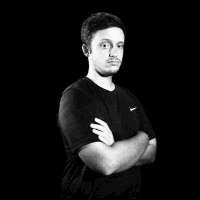 Zac is a graduate of West Jones High School (2011) and the University of Southern Mississippi (2015). This is his fourth year covering sports at The Impact.

Like many of you, I was on the Coast recently to watch the Southern Miss baseball team paint Biloxi black and gold, and remind everyone who runs Conference USA. What a week it was for the Golden Eagles, who used, among other things, a no-hitter and a walk-off homer to go 4-0 in the five-day tournament, capture their second straight C-USA title, and punch their ticket to the NCAA Tournament.

Backs against the wall, the team made a tough month of May feel like a distant memory by playing the brand of baseball we’re accustomed to seeing. Gabe Montenegro and Fred Franklin came up with some huge defensive plays in the outfield. Bryant Bowen and Matt Wallner led a potent offensive attack and combined for 13 hits and four home runs. Gabe Shepard, a freshman coming off Tommy John surgery, surprised us all and spearheaded a pitching staff which ended the tournament with 19 straight scoreless innings thrown. And, not to be forgotten, the Southern Miss faithful showed up in droves and turned MGM Park into Pete Taylor Park South.

“I know the SEC has a great showing at Hoover, but I can’t think of any other conference tournament where there’s this many people,” said Southern Miss head coach Scott Berry. “I watch them on TV, and there’s nobody in the stands. But here, in south Mississippi, they’ll fill it up with black and gold if we do our part.”

It was announced that 3,476 people made the trip to MGM Park on Championship Sunday to watch Southern Miss knock off top-seeded Florida Atlantic. The Golden Eagles were visitors on the scoreboard, but make no mistake about it, they were the true home team. If I had to guess, I’d say 95 percent of the fans in attendance were rooting on Southern Miss.

Some say the locale gives the Golden Eagles an unfair advantage. The seven other participants in this year’s Conference USA Tournament traveled a combined 4,484 miles to get to Biloxi, and Hattiesburg is just 74 miles away. That does seem a bit unfair, but before taking a real position on the matter, look at the situation from the conference’s side of things.

“The combination of the location, quality of facility and the support we have received from the city of Biloxi and the South Mississippi region make it an outstanding place to hold this exciting event,” said Conference USA commissioner Judy MacLeod.

The tournament will return to Biloxi in 2020, and I wouldn’t be surprised to see it played there for the foreseeable future, especially with everything the Mississippi Gulf Coast has to offer, namely casinos and restaurants. It’s the textbook example of a no-brainer, really.