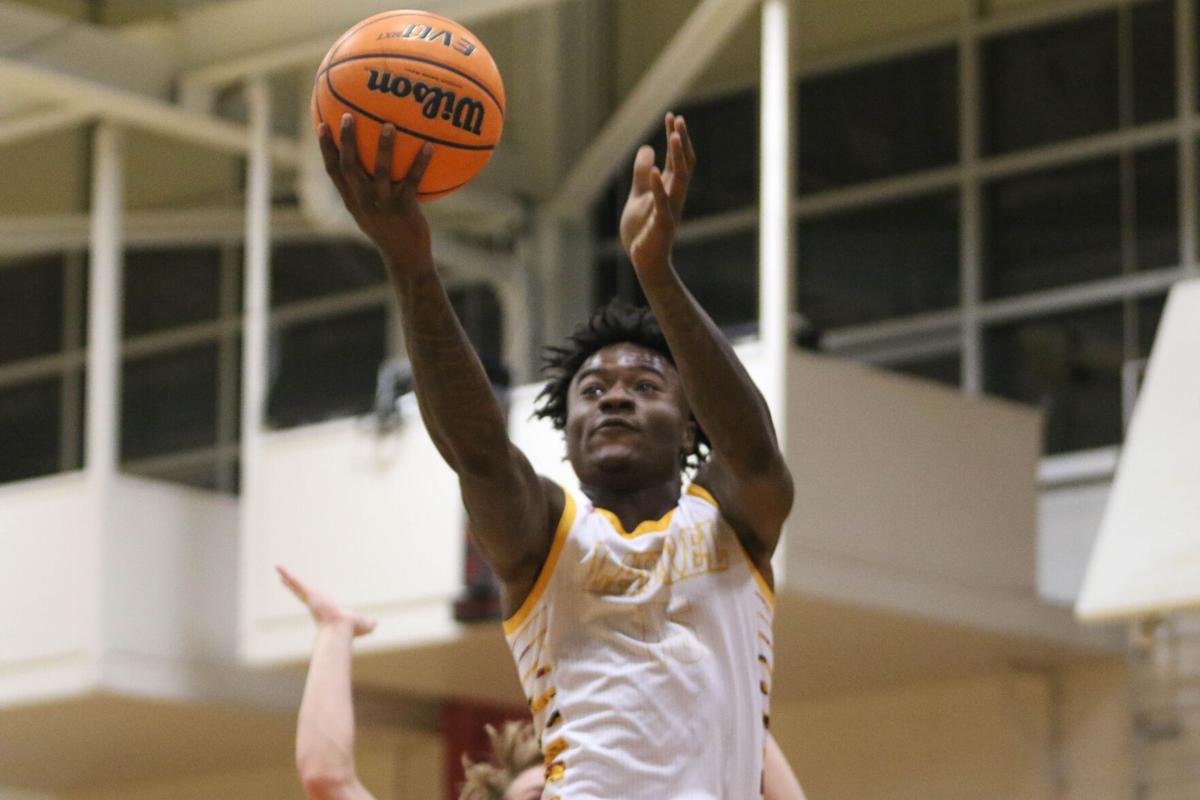 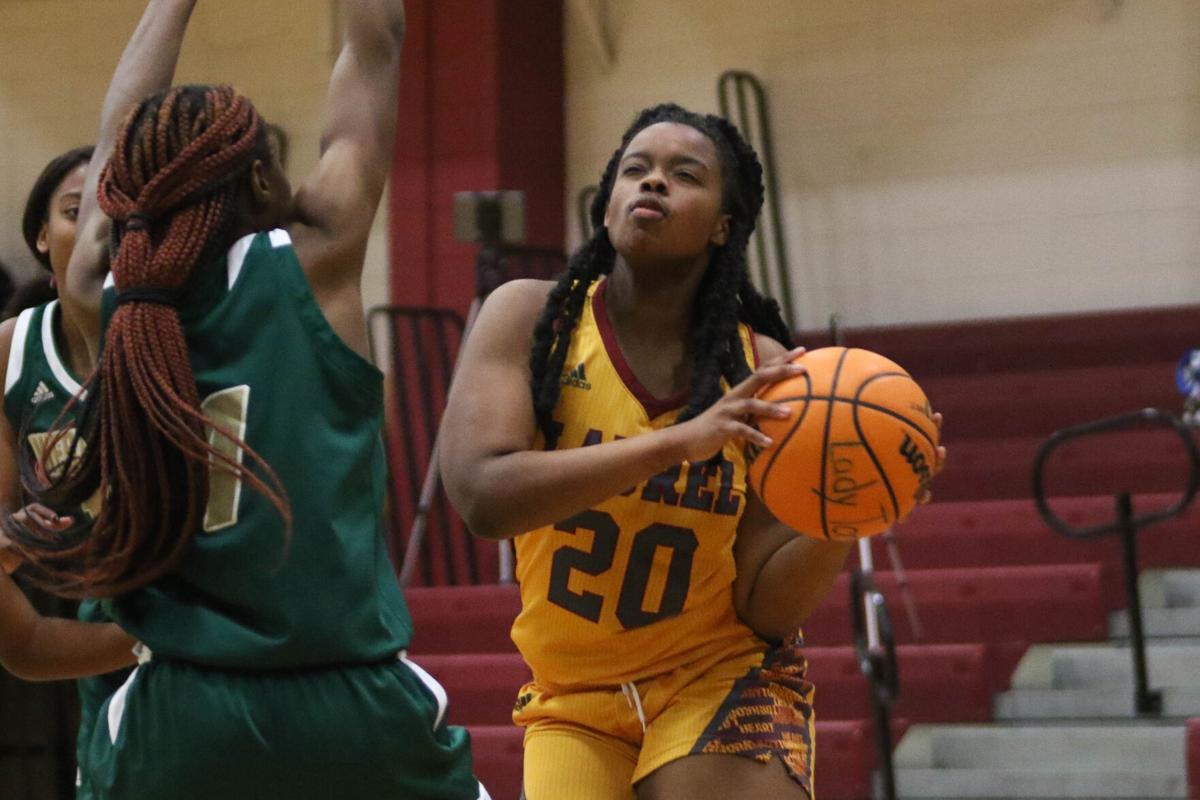 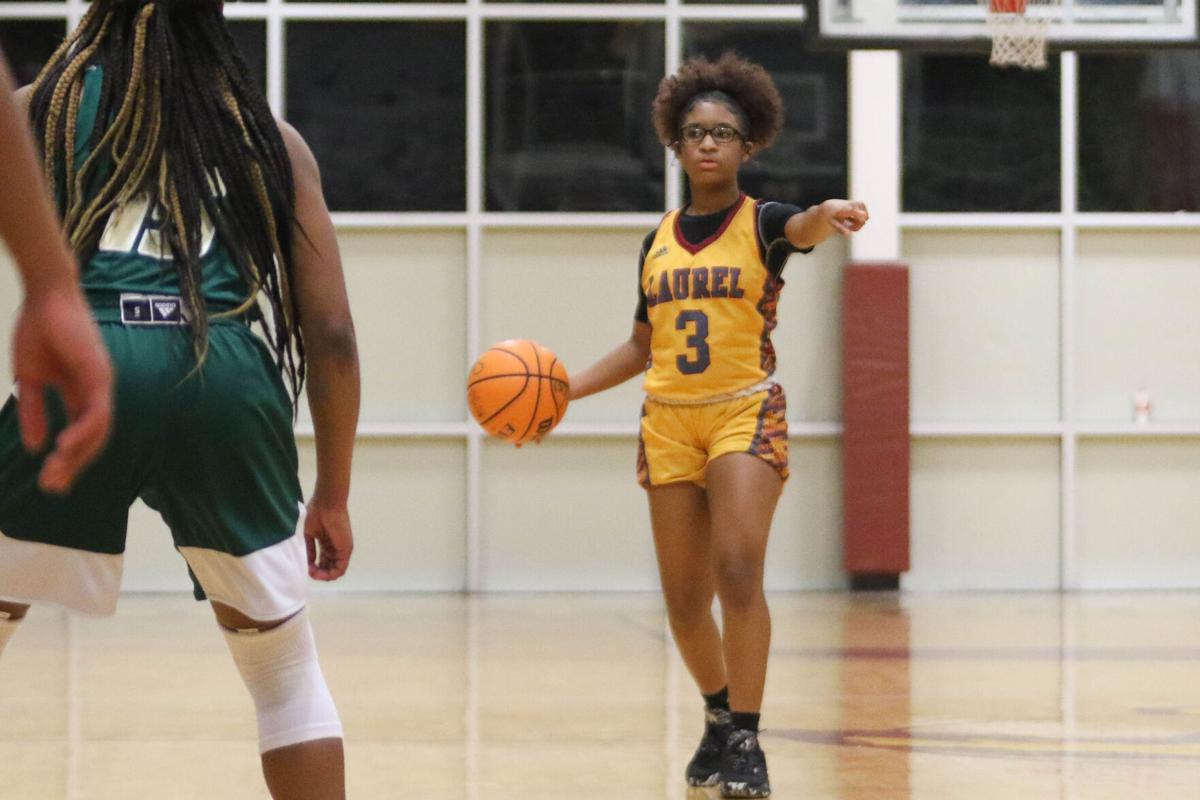 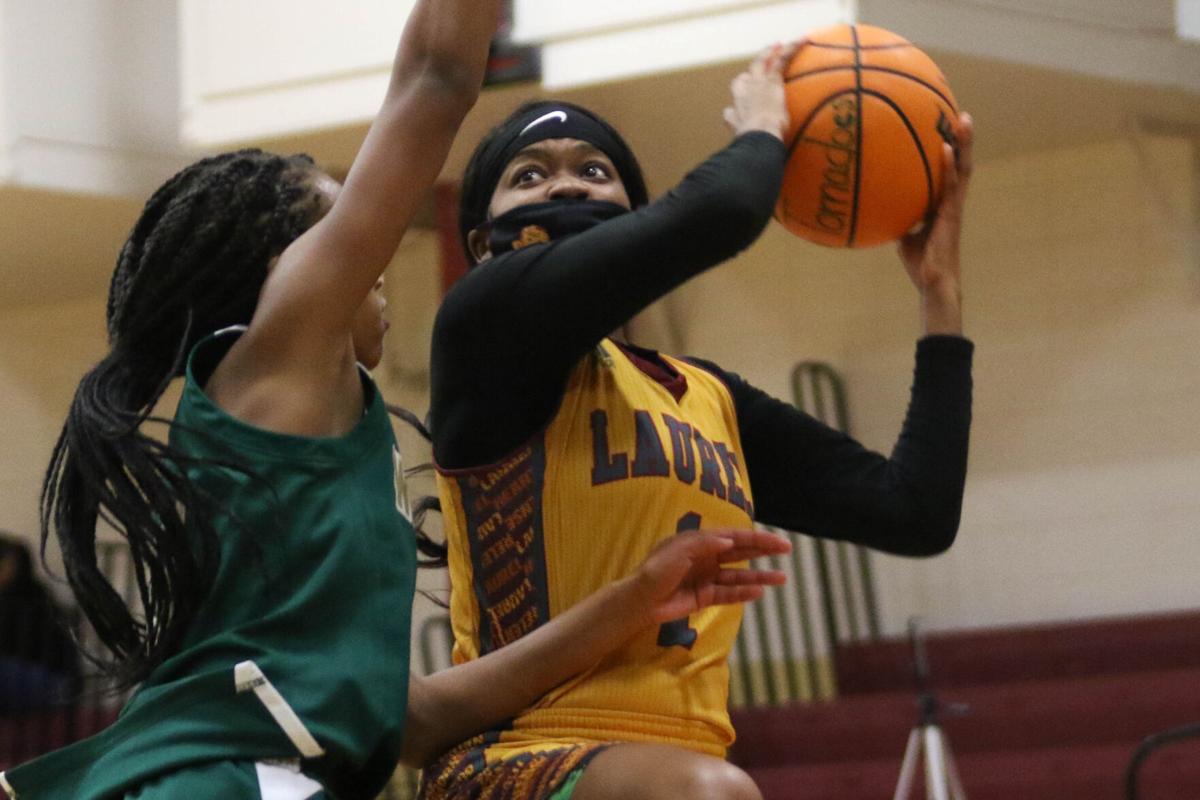 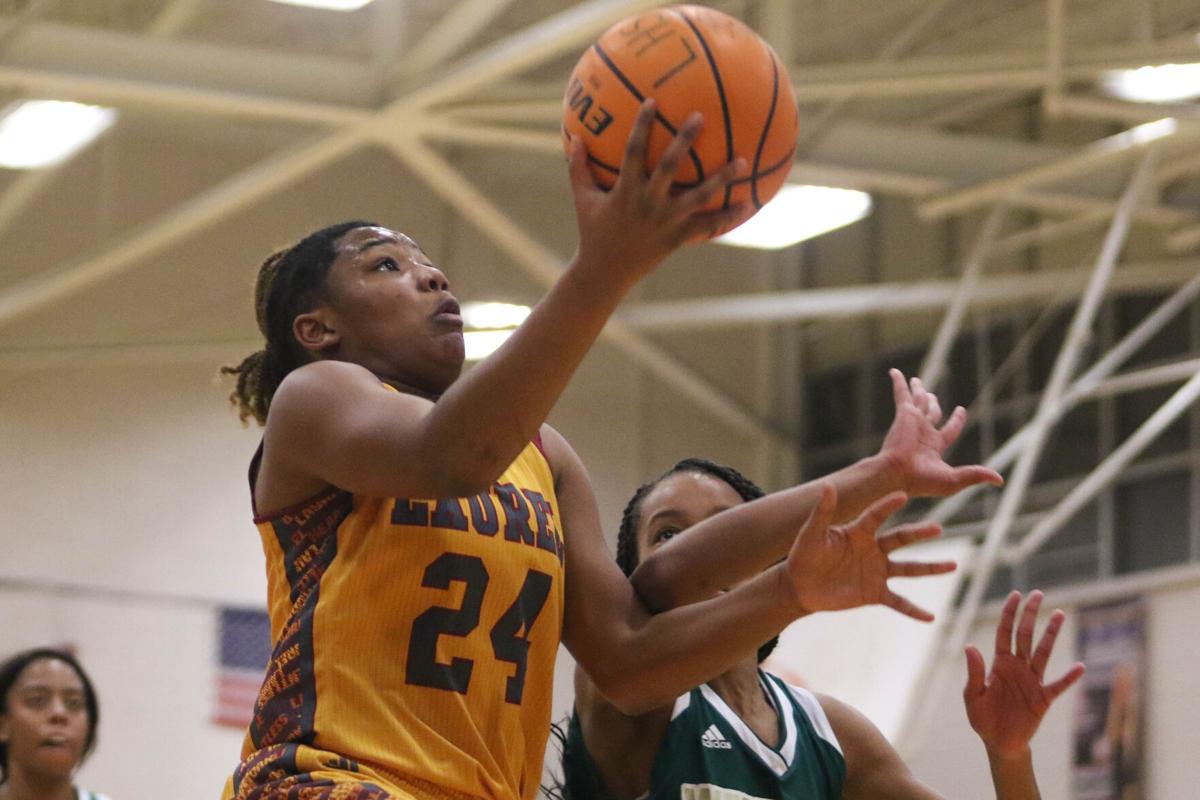 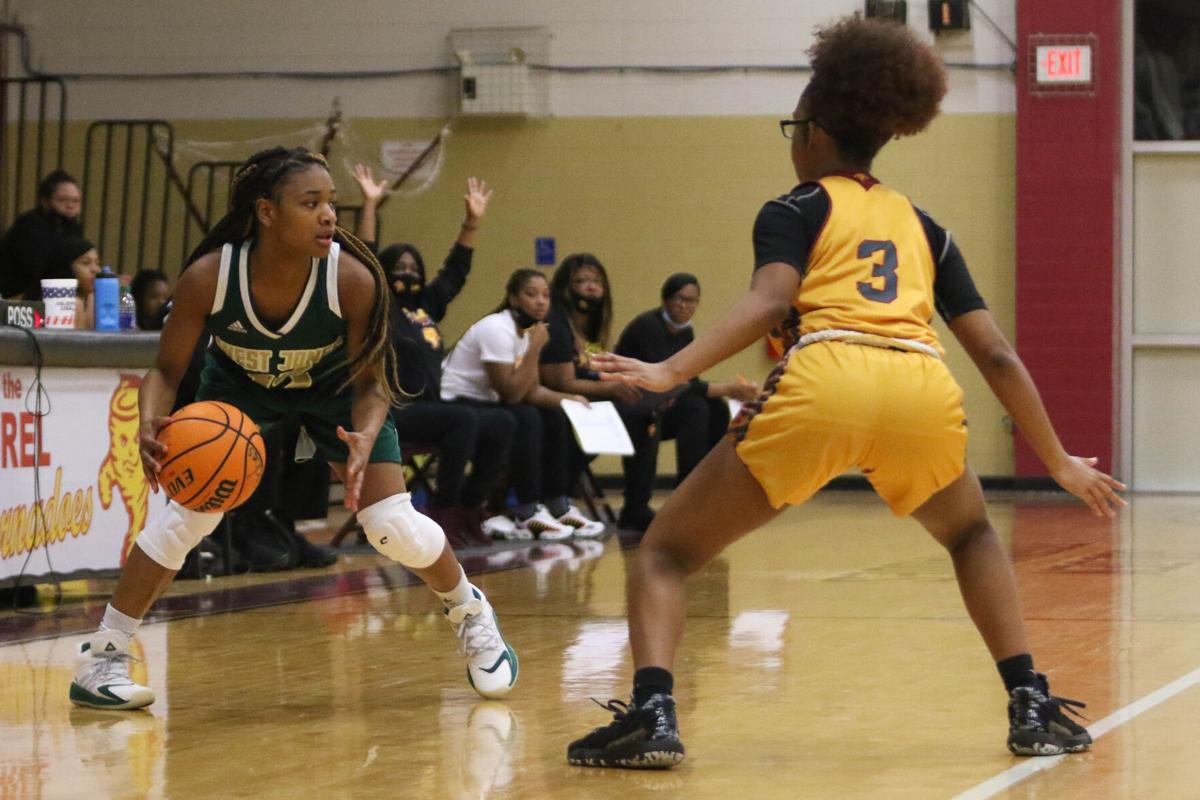 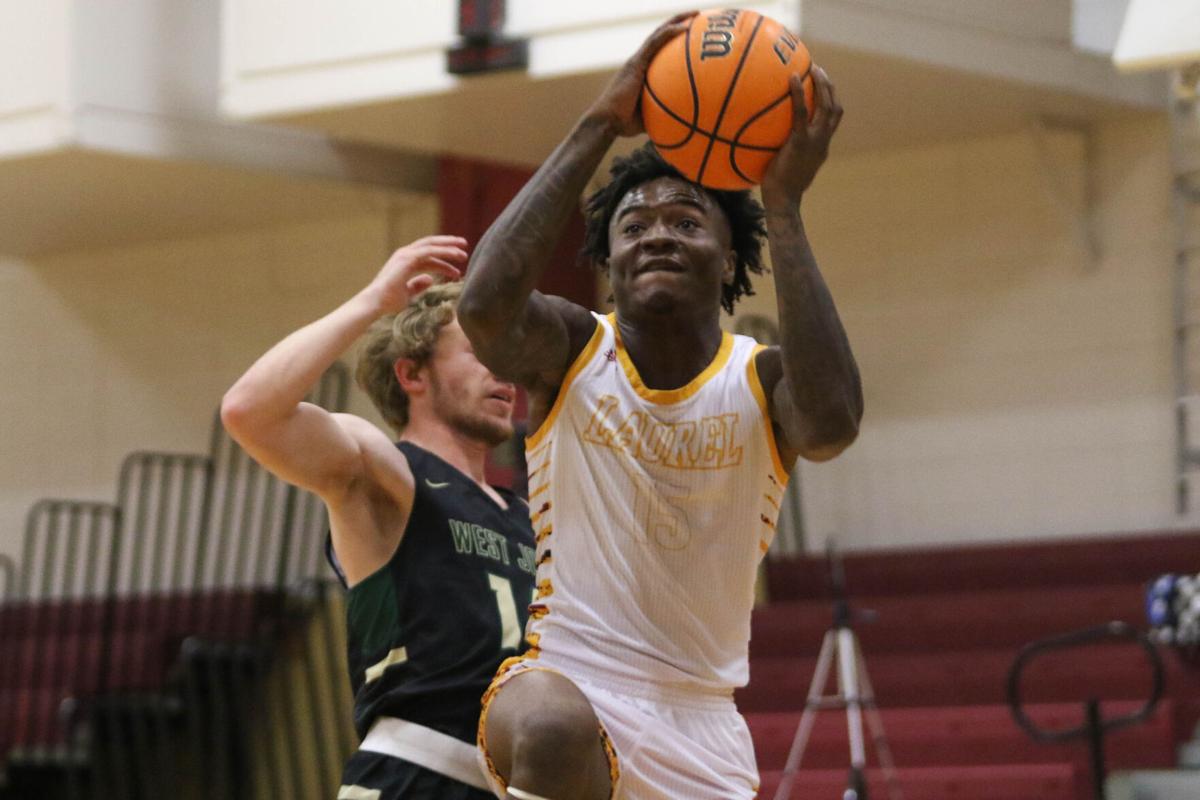 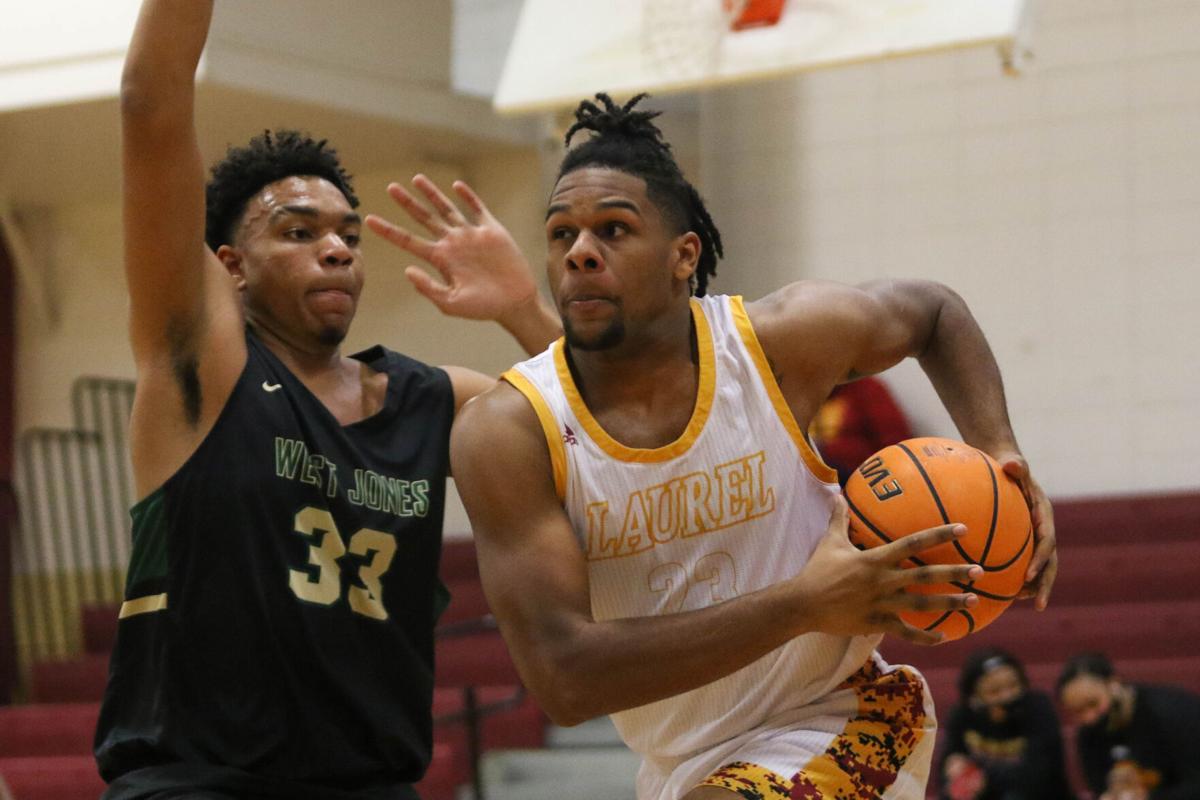 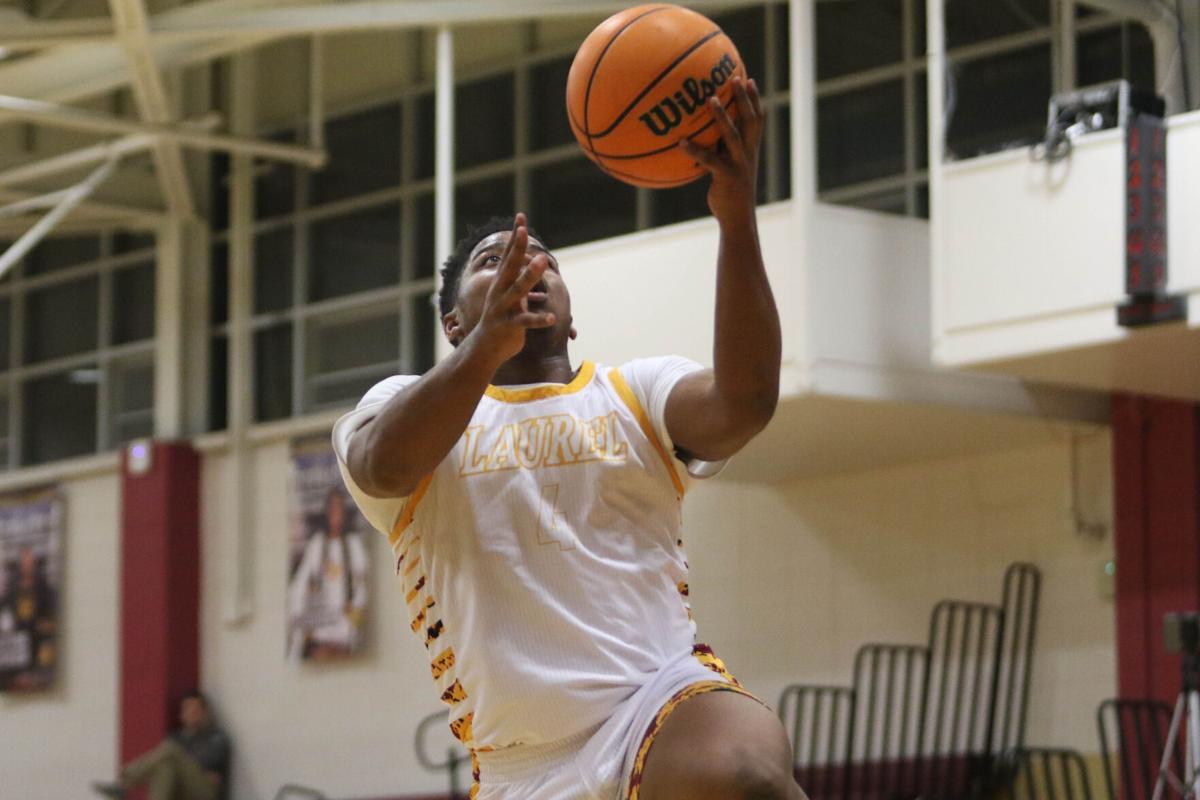 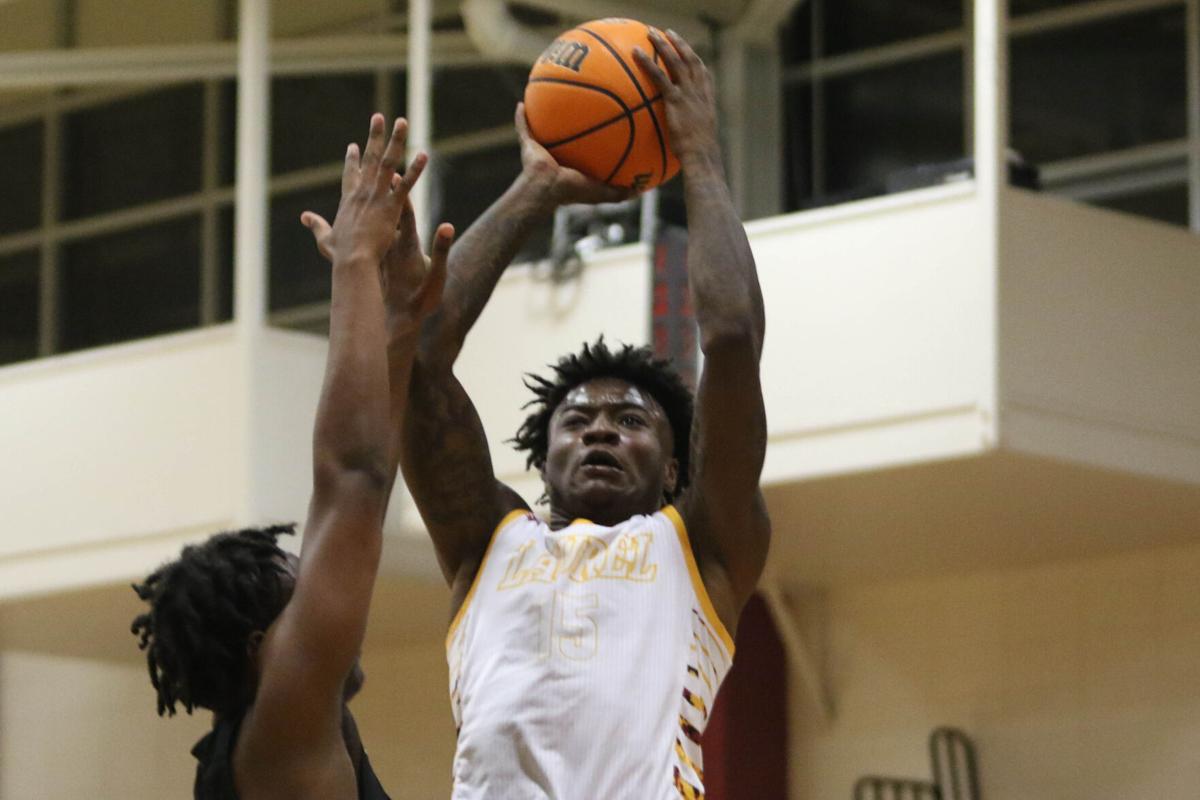 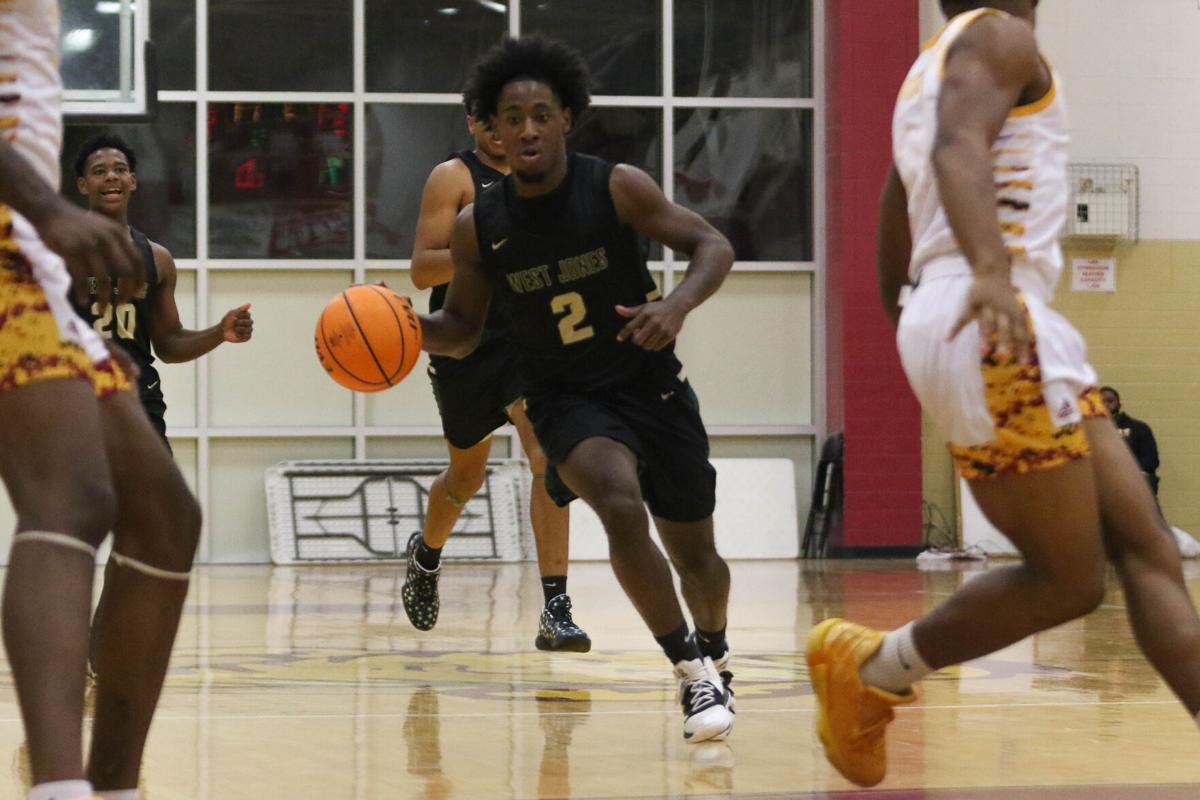 Defensive pressure was the theme of the evening throughout both the girl’s and boy’s contests between Laurel and region foes West Jones. When the final bell tolled, the Tornadoes walked away with both victories to stay undefeated in Region 5-5A.

In girls action, the Lady Tornadoes [9-1, 2-0] breezed by the Lady Mustangs to stay undefeated in Region 5-5A, defeating West Jones 57-23

“I think the long layoff made the girls determined to get back on the floor,” said Laurel head coach Sherri Cooley. “Being out, not being able to practice due to quarantine was tough, but we are getting out and getting back in the flow. Starting district play, that got the girls excited to play and I think it showed tonight. The excitement to get back on the court was huge.”

Laurel started slow in the first period but still led the Mustangs 10-7, getting with two three-pointers, one each by seniors Zoey Cooley and Marissa Ulmer along with a pair of field goals from senior Mackenzie Lewis and another from Ulmer.

The Tornadoes dominated the second and third periods, outscoring West Jones 20-5 and 18-2 to take a 48-14 lead into the fourth period.

“I’m a defensive-minded coach. Honestly, I told them that I wasn’t happy with how they played defense in the first quarter. We seemed to start the game kind of timid in the first quarter, and I kept telling them to be a little more aggressive. Once we turn up our defense, it turns into some easy baskets on offense. I think they started to do that in the second and third quarters, and it caused turnovers, then breakaway layups,” explained Cooley.

Cooley led the way on the evening with a team and game-high 13 points, with Lewis right behind her with 12 points. A total of 10 Tornadoes scored baskets on the evening.

While the contest between the boys was closer on the scoreboard, the outcome was the same as Laurel defeated West Jones 58-52.

“We had to come back. West Jones shot the lights out of it,” said Laurel head coach Marcus Price. “ Number 10 [Tyler Oehrli], I think he was 5-6 from the three. They were breaking us down in the backside because we weren’t rotating. Once we got our rotations down, we were able to use some of our younger guys with a lot of energy to try to press them, then speed the game up. Once we got ahead, we tried to use our full-court press to run time off the clock. For our fifth game of the year, I was very pleased. West Jones is a durn good team and they are well-coached.”

Both teams played physical throughout the evening, with West Jones finding the better of things after one period to go up 17-14 to end the period. A pair of threes from Rylee Cormier and another from Kaleb Jefcoat helped them go up early.

Laurel stormed back in the second period as they outscored West Jones 16-11 with Xavier Evans connecting on a pair of field goals inside the lane and a three from Jonquarius Greer to keep the momentum up for the Tornadoes. At the halftime break, Laurel held a 30-28 lead.

Kanarius Johnson had a big third period, scoring eight of his 16 total points in the period. Price believed Johnson was the key to the contest.

“He was tremendous. When we couldn’t get a bucket or a rebound, he came up with those things for us. If we didn’t have him tonight we probably would’ve been in some trouble. This is our first game back with all of our players back, so I’m happy that we came out on the right end of it.”

Laurel continued to get the better of the inside, short game, snagging key rebounds to go ahead 49-44 into the final period.

Laurel stuffed West Jones again with stifling defense in the final period to take the 58-52 victory.

“We missed eight or nine buckets in the first half and they were hitting their shots. When we came back with Kanarius and these young players who wanted to play defense and play defense, it helped. We are fortunate to win this game.”