You have permission to edit this article.
Edit
Welcome, Guest
Home
High School
College
Multimedia
Share This
1 of 5 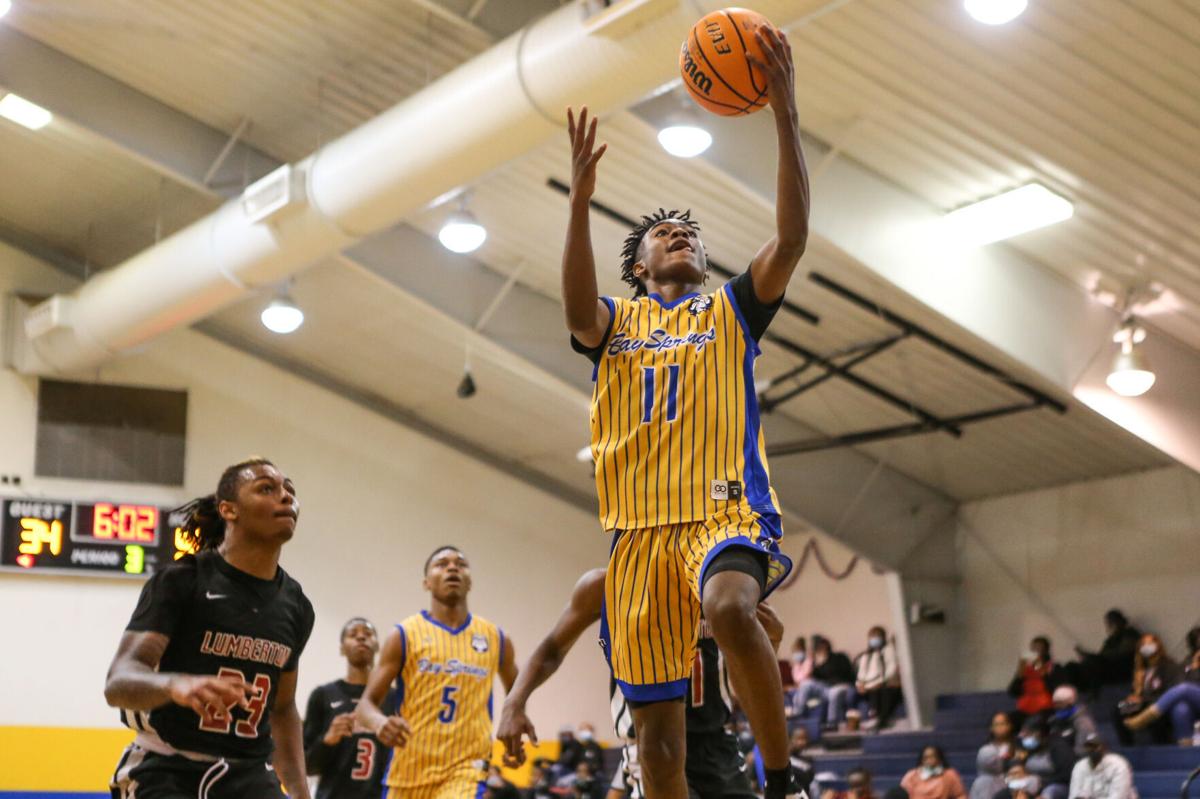 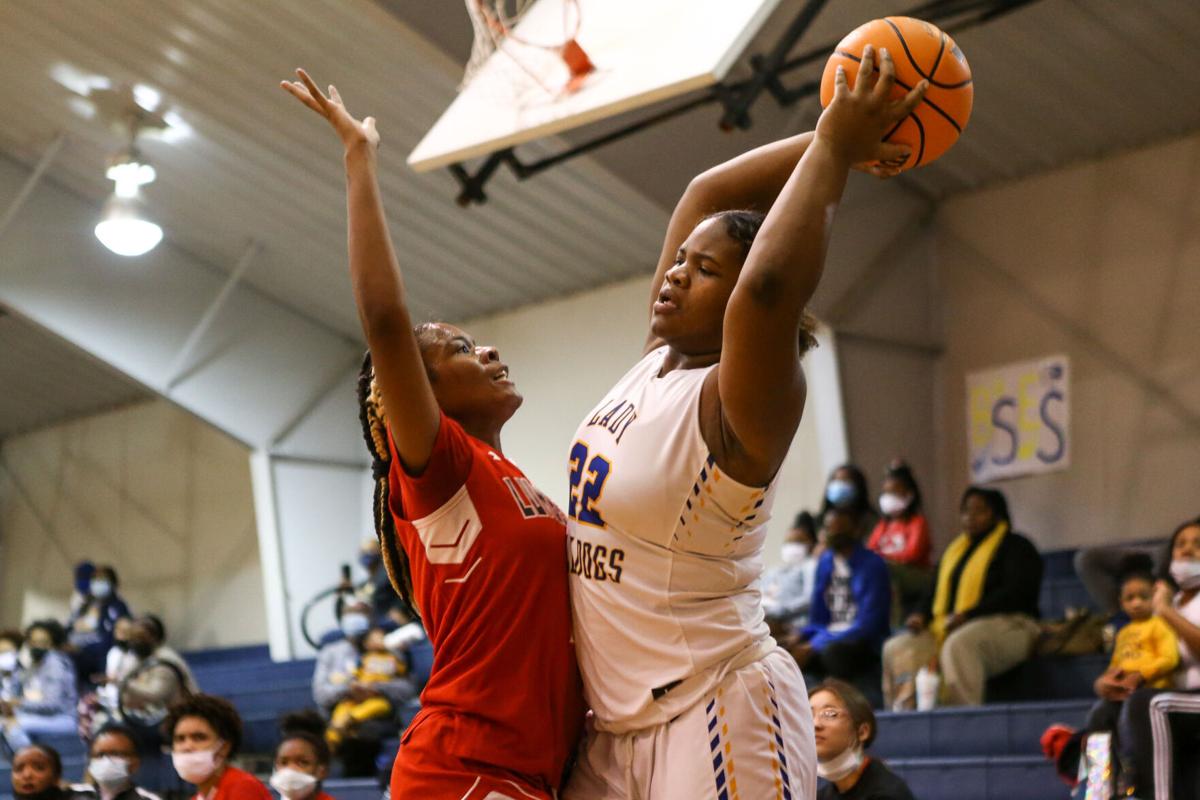 Freshman Anna Patterson had a career-high 22 points in the 47-38 win over Lumberton. 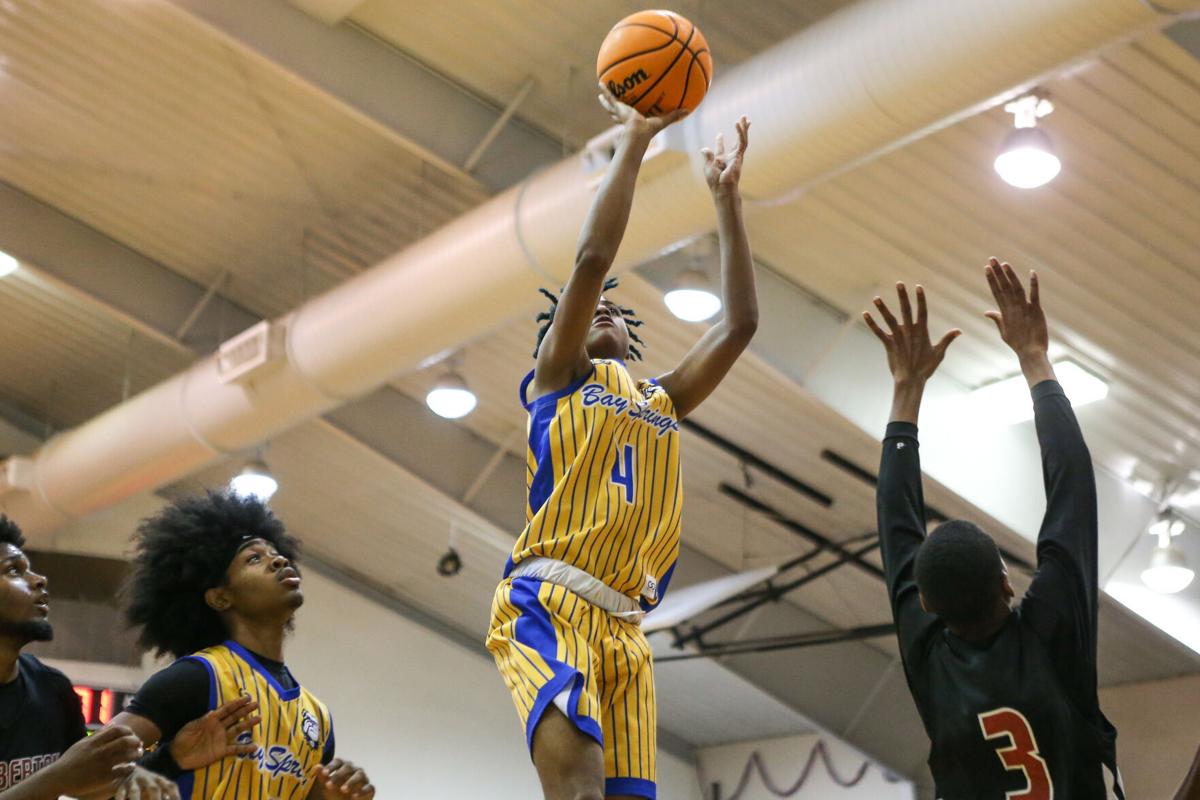 Tashun Pierce had a game-high 22 points in the 84-59 win over Lumberton. 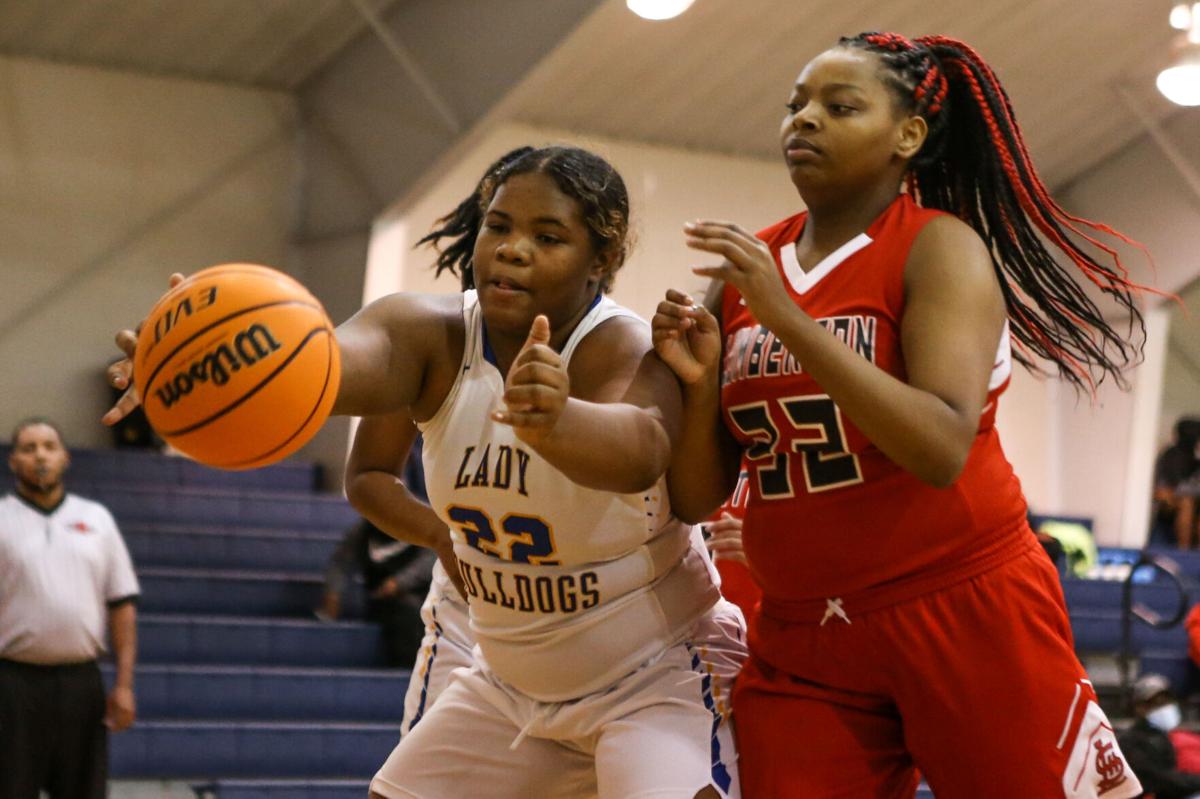 Patterson fights for the ball in Friday night's action. 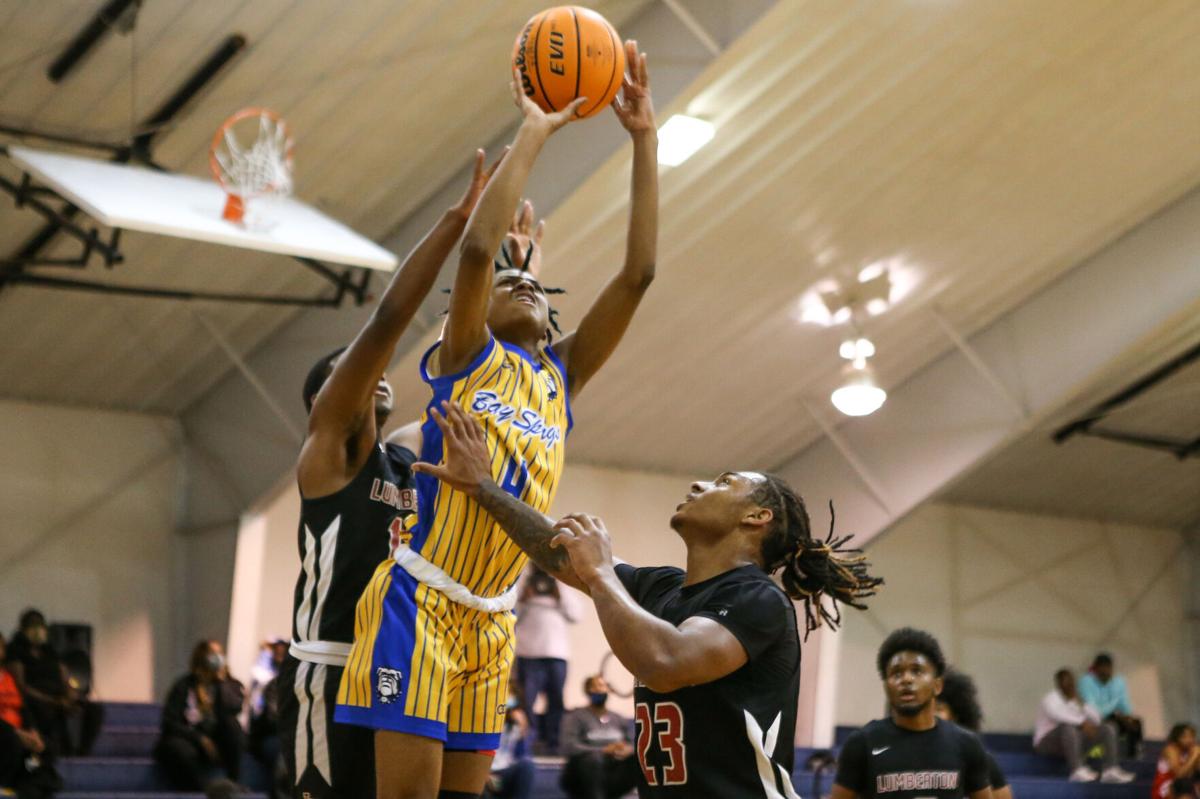 Tashun Pierce wards off two Lumberton defenders on the way to the basket.

Freshman Anna Patterson had a career-high 22 points in the 47-38 win over Lumberton.

Tashun Pierce had a game-high 22 points in the 84-59 win over Lumberton.

Patterson fights for the ball in Friday night's action.

Tashun Pierce wards off two Lumberton defenders on the way to the basket.

Strong play from a Lady Bulldog freshman and two players with 20+ point games in the boy’s contest gave Bay Springs victories over Lumberton before the Christmas break Friday evening.

In girl’s action, freshman Anna Patterson led the way for the Lady Bulldogs with a career-high 22 points in their 47-38 win over the Lady Panthers.

“Anna is a big girl that’s strong and has nice size. Once she gets used to playing the minutes that she’s been having to play, and squaring up with girls realizing she is strong, she’s going to develop into a really good player for us.”

Patterson scored four points in the first period, while sophomores Kaleigh Hosey and Samya Hamilton scored two points each, along with a free throw from junior Alexus Nixon to give the Lady Bulldogs a 9-7 lead over Lumberton to end the first period.

Turnovers however plagued Bay Springs early in the first half despite the Lady Bulldogs taking a 21-19 lead into the locker room.

“Once we got in the locker room [at the half], we counted it up and we had 31 turnovers. Most of those were uncontested. They were trying to make passes that just weren’t there. Despite that, we were able to make some shots and take the lead.”

Out of the halftime break, Bay Springs was able to tighten things up on both ends of the floor to go on a 13-3 run in the third period as Patterson connected on a couple of buckets along with Zy’Brayla Mackey connecting on a field goal and hitting a free throw.

The fourth period saw Patterson score double-digits with 10 points in the period to close out the Lady Panthers who drew within seven at one point 45-38. A Patterson FG and another bucket from sophomore Kamari Patrick sealed the win for the Lady Bulldogs.

“In the first half they kept driving and we were out of position on defense,” said Hosey. “We were just lost. That’s how I would describe it. After halftime, we found our way and started getting in the right positions.”

Tanna Edwards and Kirsten Joseph finished with 16 points each for Lumberton.

With the win, the Bay Springs Lady Bulldogs move to 7-2 overall on the year.

In boy’s action, sophomore Tashun Pierce finished with a game-high 22 points while junior Chad Jones finished just behind with 21 points in the Bulldogs 84-59 blowout win over Lumberton to remain undefeated at 7-0.

“If you can get two scorers to do that in a game, that’s pretty impressive. I didn’t realize they had scored that many points,” chuckled Bay Springs head coach Corey Mackey.

The first period saw Bay Springs and Lumberton trade blows offensively, with Pierce leading the charge with five points for the Bulldogs. Mario Jones connected on a three-point try, while Demarion Jones also connected on another to help Bay Springs take a 21-15 lead into the second period.

The Bulldogs once again stayed hot from the three, as they hit five during the second period. Jones connected with a pair of three-point shots, while also hitting three field goals, giving him 12 of his 21 total points before the halftime break.

Bay Springs built a 19 point lead in the period as senior A’Donnius McGill connected on two field goals. Mackey’s squad took a 49-30 lead into the locker room at the half.

The Bulldogs poured it on in the third period as they went on an 8-0 run during it when Pierce and Jones scored four points each during the run.

The fourth and final period saw more of the same as Tyrice Holloway, McGill, Tremayne Wheaton, Cartize Booth, and Jaylen Gammage all connected on field goals during the period.

Despite the strong offensive showing, Mackey wanted to see a bit more defensively from his team.

Tyler Bush finished the game with 17 points while Trevon Jessie led the team in scoring for Lumberton with 18 points.