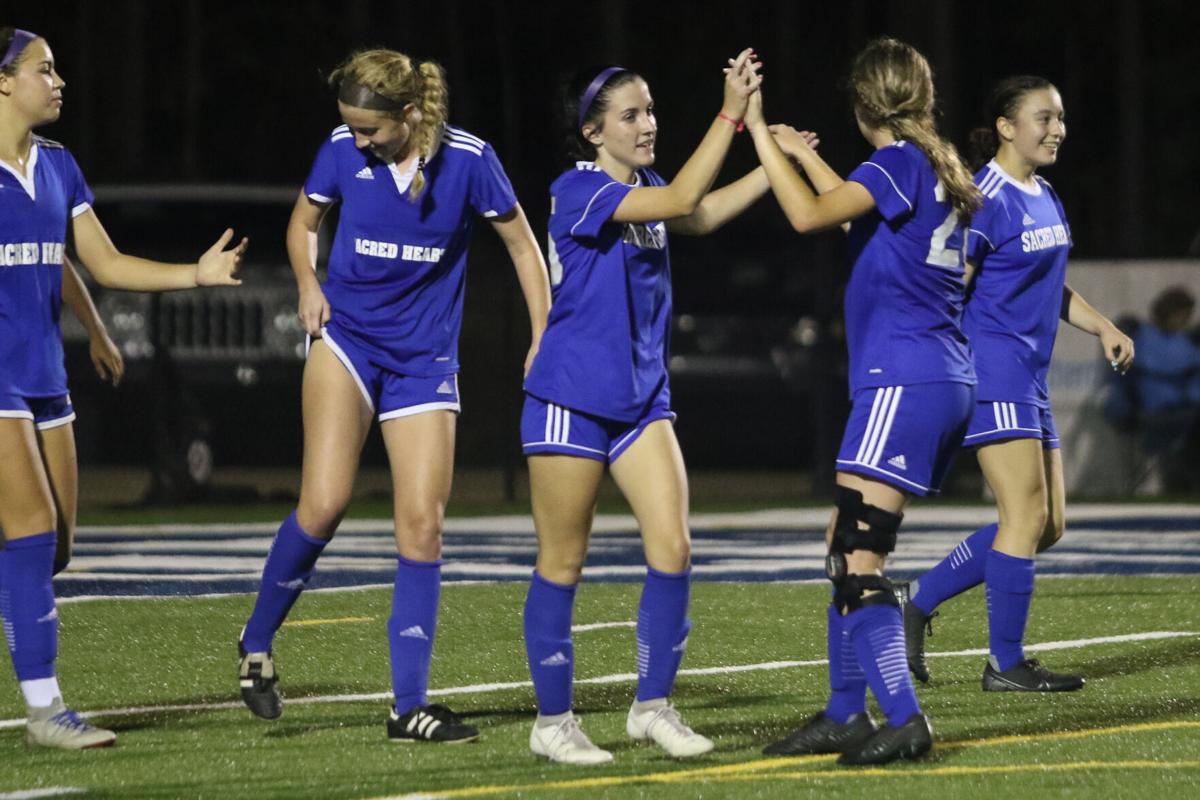 The Lady Crusaders celebrate after a goal. 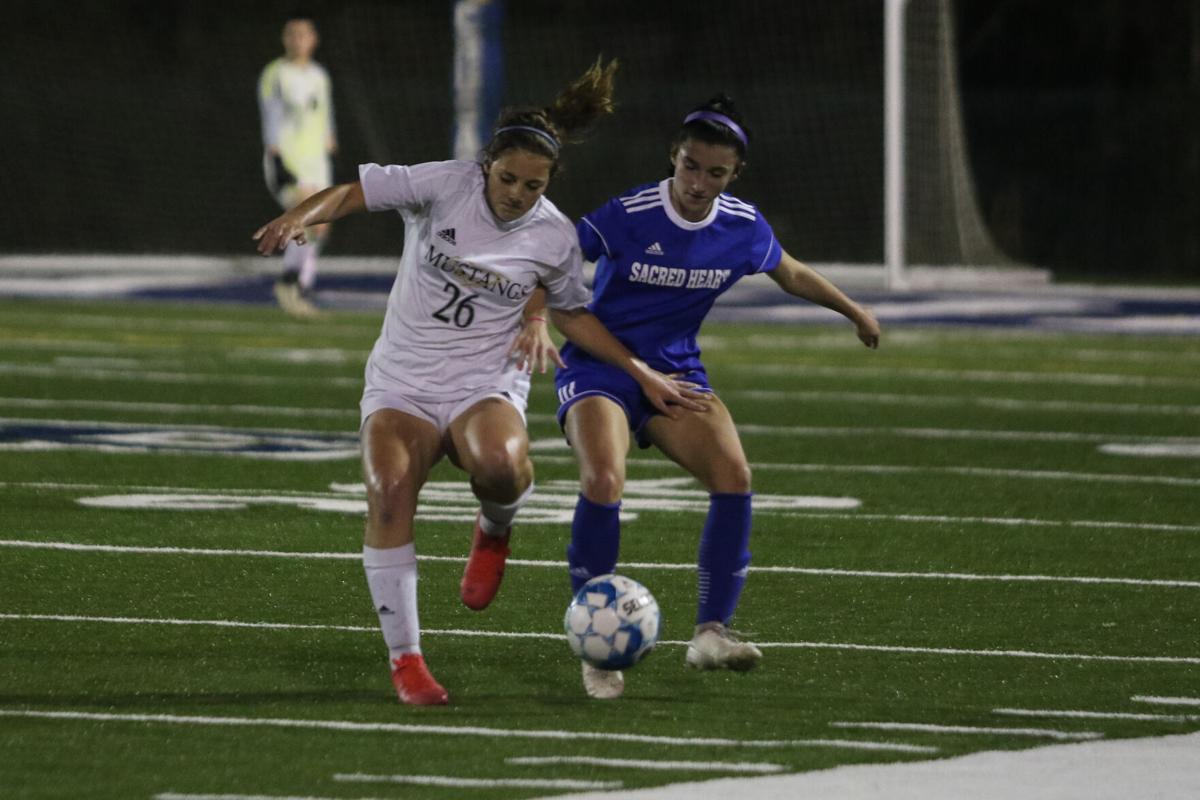 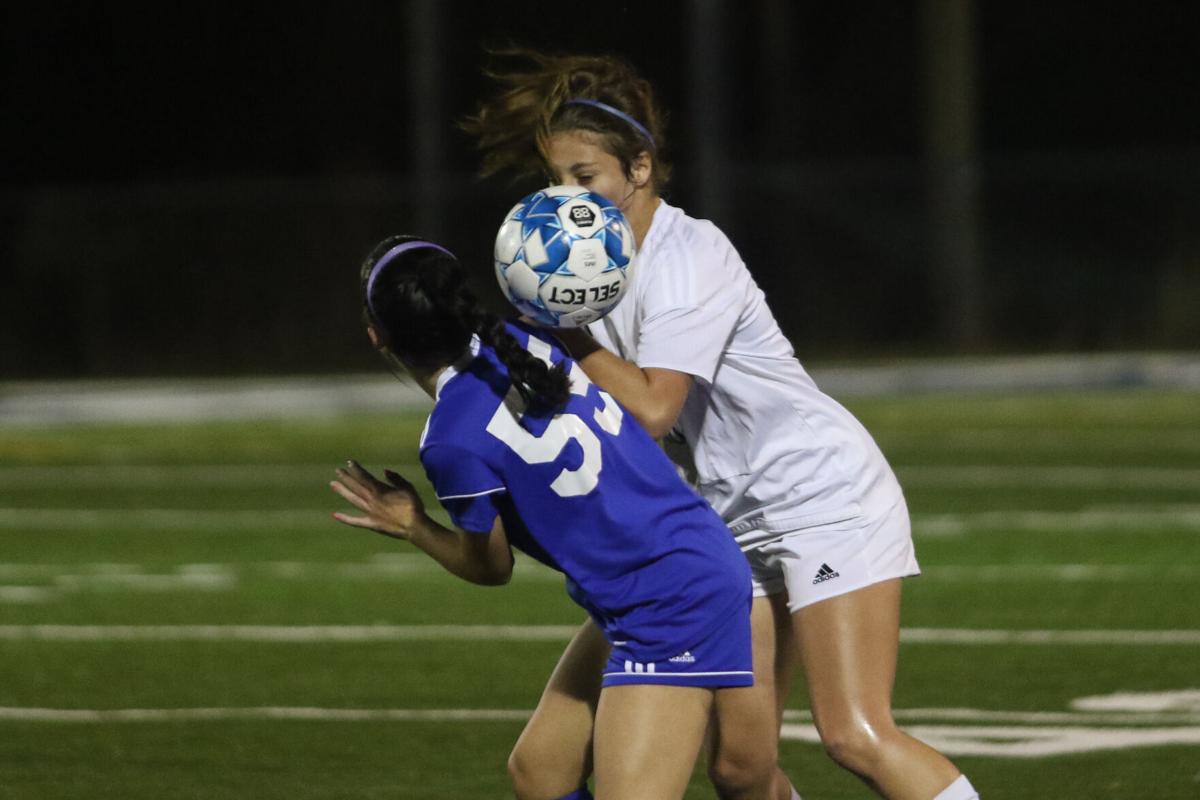 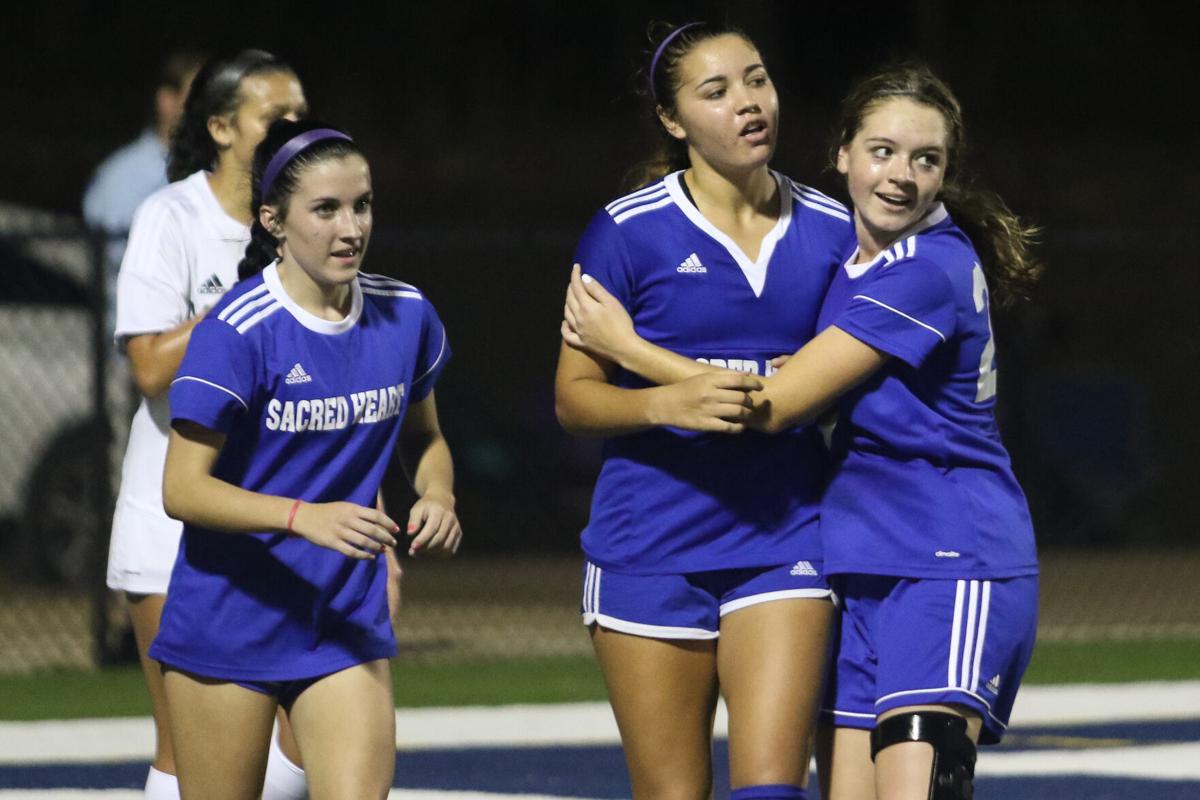 The Lady Crusaders celebrate after a goal.

The Sacred Heart Lady Crusaders wanted to make a statement that they were going nowhere despite falling in the State Championship last season.

They did that Monday night.

A 4-0 victory over the 5A West Jones Lady Mustangs sealed the season-opening win led by two Gracie Falla goals.

“I told them in the second half we needed to play a bit more diagonal,” said Sacred heart Lady Crusaders head coach Joe Falla. “In the first half, we played them straight ahead and didn’t find success.”

Both teams stood deadlocked through the first half with both getting corner kick opportunities as Sacred Heart had five attempts while West Jones had two, but each team stepped up defensively to halt anything from flying through the net.

The deadlock ended in the 56th minute when Gracie Falla scored the first goal of the season for the Lady Crusaders.

Falla and Bailee Bennett connected on goals in the 65th and 66th minutes to pull away farther from the Lady Mustangs.

“She is a very good and technical player. She has come around real strong [Bennett],” said Falla.

The final goal of the evening came in the 76th minute when senior Olivia Ware found the net.

“It is so exciting to play and defeat a 5A team. They are a great team. It is a big plus for us and we needed it coming off of the State Championship loss last season. We hope that we can continue to be competitive and stay healthy all season,” said Falla.

West Jones falls to 1-3-1 on the season while Sacred Heart starts their season 1-0.