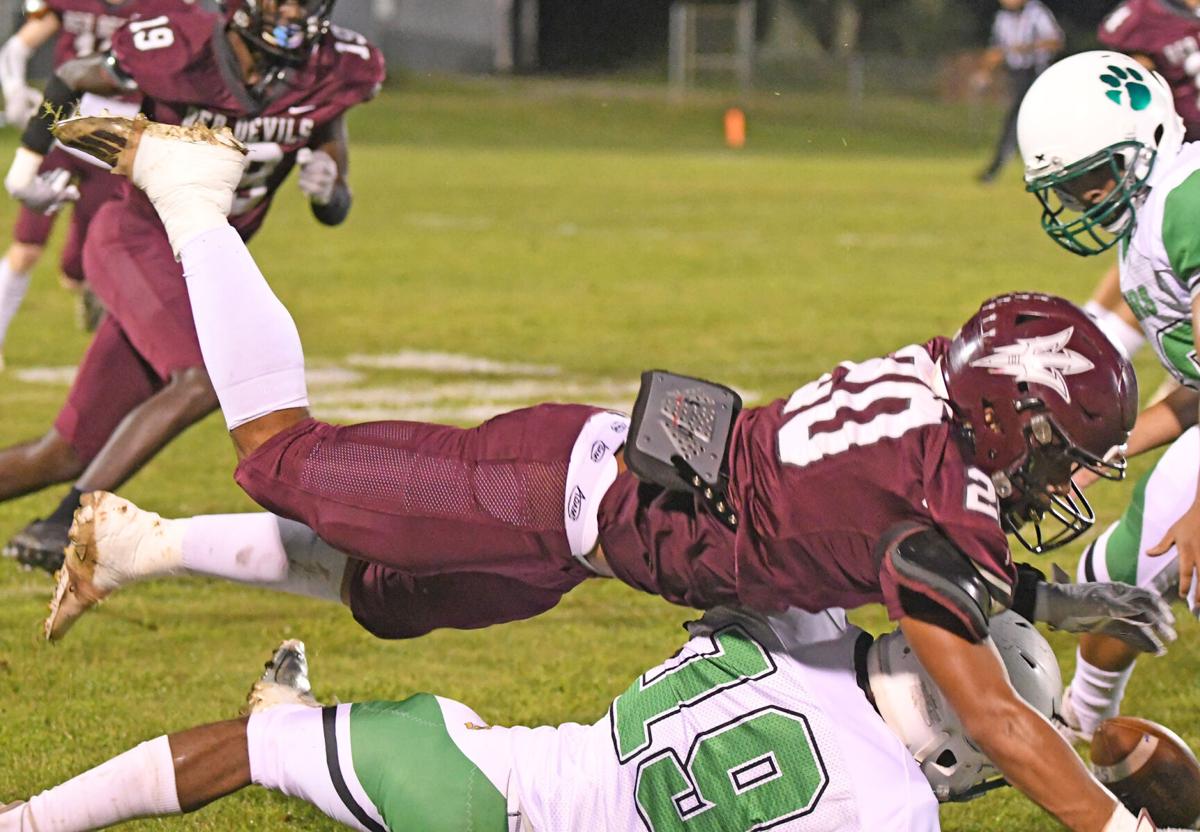 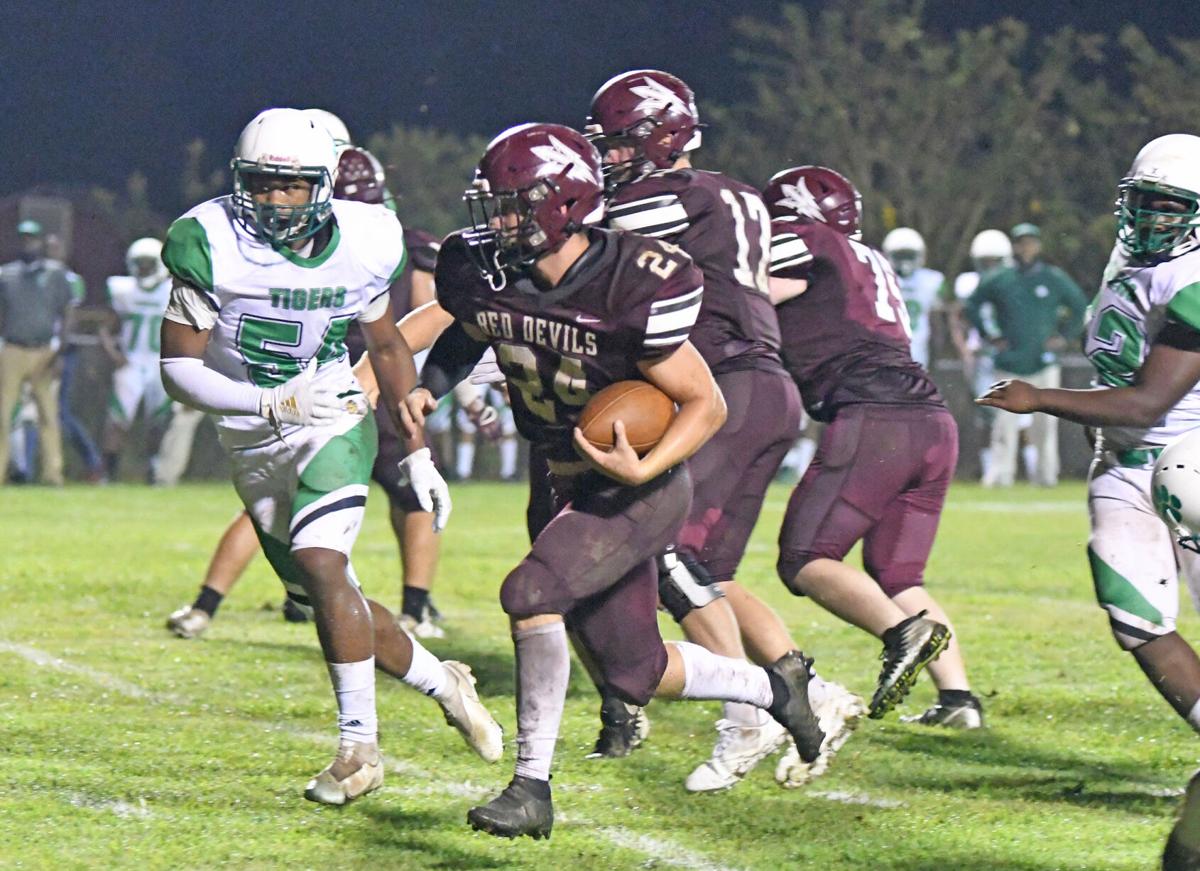 Stringer junior running back Will Grice breaks free on a touchdown run against Collins. 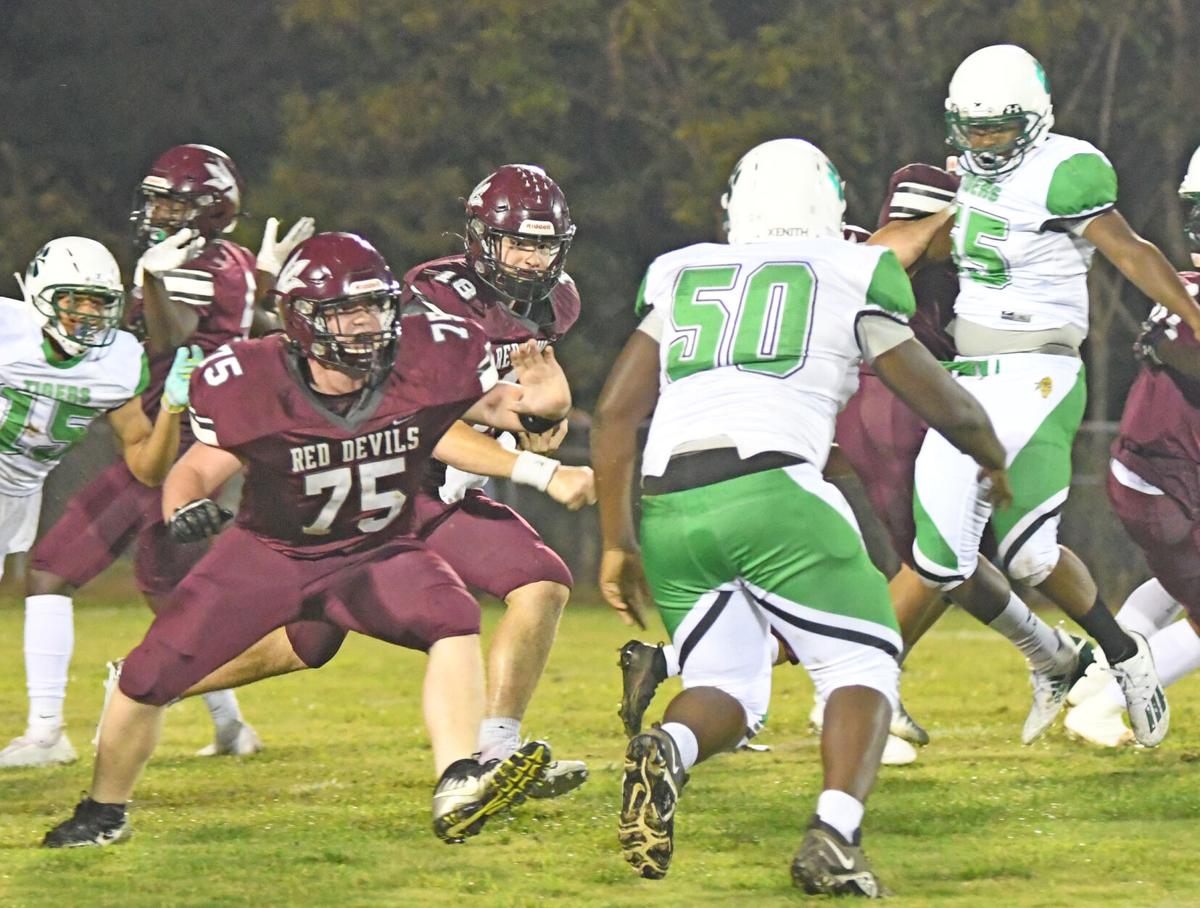 Stringer junior running back Will Grice breaks free on a touchdown run against Collins.

Stringer got its first win of the season on the football field Friday, and it couldn't have come at a better time. The Red Devils dominated visiting Collins on homecoming night, 32-9, and also picked up an important Region 8-2A victory along the way during the region opener for both teams.

Head coach Morris Cascio's team, after dropping its first five games of the season, hasn't yet thrown in the towel. As a matter of fact, things seem to be coming together better for the Devils at a crucial point, especially with three consecutive region games coming in the next weeks. Cascio said after the game he is proud his team has remained positive and has stayed focused on its direction.

“It's just keeping your kids up, and keeping them in the right direction. We've played some good teams up to this point. Collins has got a great team. Our kids had a great week. It was homecoming week, and there were a lot of distractions, but they just came out fired up,” he explained. “They did a lot better job (tonight) on the field. On all three phases of the ballgame, we did good. Our kicking team played well, and our defense played lights out. Offensively, we put up some points tonight. I'm so proud of our kids tonight. They fought really hard.”

Stringer got things going early in the first quarter when quarterback Waylon Tullos found some daylight in the middle of the Tigers' defense and galloped 59 yards for the first touchdown of the game. Following a successful 2-point conversion run, the Red Devils led 8-0 with 8:36 left in the opening quarter, but the eventual runaway didn't get going until just before halftime.

Stringer had chances to pull away early in the game. Caden Hicks recovered a fumble for the Red Devils midway through the first quarter at midfield, but the Red Devils were not able to convert. Nic Arender intercepted a Collins pass, one-of-two on the night, at the beginning of the second quarter, but the Red Devils gave the ball right back on a fumble. The Tigers eventually backed up Stringer, and with 6:48 remaining in the first half, were awarded a safety on an intentional grounding toss thrown by Tullos out of the endzone. However, that was the last time the Tigers would see a score until late in the game, and Stringer ramped things up when Tullos connected with Arender on a 35-yard touchdown pass just before the half. Will Grice toted in a 2-point conversion run, and the Devils led 16-2 at the break.

Collins later put up its only touchdown of the night on a Tykedric Barnes 8-yard run with 11:52 remaining in the game, which ended all scoring.

Stringer (1-5, 1-0) presently sits atop Region 8-2A alongside Heidelberg (2-3, 1-0). The Oilers pelted region foe North Forrest, 45-0, on the road Friday night. The two Jasper County teams will face off next Friday night in Stringer in a pivotal region contest.

Cascio understands the upcoming task at hand, and wants to relay that to his team.

“We've got Heidelberg coming in next week, and they are really athletic, just like Collins. We are going to go to work, hit the grindstone, and we are going to get after it,” he said.