You are the owner of this article.
Edit Article Add New Article
You have permission to edit this article.
Edit
Welcome, Guest
Home
News & Events
Sports
Lifestyle
Obituaries
e-Editions
Circulars
Classifieds
Follow Us

The Southeastern Conference presidents approved a ten-game conference only schedule that will begin September 26. The reasoning for the conference-only slate is that it will allow more flexibility going forward due to the pandemic. The SEC Championship game has been moved from December 5 to December 19 and will still be played in Atlanta.

What does this mean to our college football teams in Mississippi? Ole Miss will lose four non-conference games but will add two conference games. The Rebels could pick up at least one home game against either Tennessee or Kentucky and then will travel to the other. The Rebels will lose a neutral site game against Baylor and three home games against SE Missouri, Georgia Southern and UConn.

Mississippi State could pick up one home game against either Vanderbilt or Georgia and travel to the other. The Bulldogs lost home games against New Mexico State, Alabama A&M and Tulane. They also lost the N.C. State game in Raleigh, NC.

Southern Mississippi may have lost a $1.45 million paycheck from Auburn because of the SEC decision. Auburn had already paid USM $400,000 in advance after the contract signing in 2016. The Golden Eagles were to travel to Auburn on September 26.

Mississippi College and Delta State have delayed their seasons until late September while Belhaven, Millsaps, Jackson State, Alcorn and Mississippi Valley will play in the spring.

Mississippi Governor Tate Reeves said this week that college football will not be the same in 2020. “We are not going to have 100 percent attendance and the question is will it be 10, 20 or 35 percent. Those are our conversations going forward.” Reeves added, “If you want football, don’t do things that spread the virus.”

The National Football League issued a mandate to its players for the 2020 season this past week. The players will not be allowed to attend indoor night clubs, indoor bars, indoor house parties (limited to 15 people), indoor concerts, pro sporting events or indoor church services (above 25% capacity). Fines will be issued for any violation. If players test positive after engaging in these activities, they will not be paid for the games they miss.

Drew Brees says he will stand for the Star Spangled Banner but says he respects and supports those who protest racism and social injustice by kneeling during the anthem. He and his wife recently donated $5 million to set up health care centers throughout Louisiana.

Former USM baseball star and Fulton native Brian Dozier was back playing in the majors. He was put on the New York Mets active roster last Thursday. The 33-year-old Dozier was an American League All-Star in 2015 and last year played for the World Champion Washington Nationals.

MLB was forced to make several schedule changes in the first ten days of the season due to COVID. The Miami Marlins had 18 players test positive for the virus and have only played three games entering the week. Several other teams in the New York Yankees, Baltimore, St. Louis, Milwaukee and Philadelphia were also affected. Since teams will have to make up these games, MLB has brought back doubleheaders. Each game of the doubleheaders will be only seven innings for this season.

The Hattiesburg Black Sox were crowned the Mississippi semi-pro state champs and were invited to the National Baseball Congress World Series in Hutchinson, Kansas.

Former Mississippi State football coach Sylvester Croom was virtually inducted into the Alabama Sports Hall of Fame this past weekend.

On an interesting note from the PAC-10, UCLA and USC will open the season instead of competing in the final game of the year.

Long time independent Notre Dame will play in the ACC this football season.

Dale is a Waynesboro resident who has been writing sports since 1973. 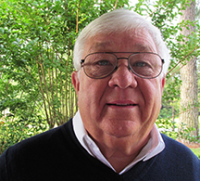