Skip to main content
You are the owner of this article.
Edit Article Add New Article
You have permission to edit this article.
Edit
Welcome, Guest
Home
News & Events
Sports
Lifestyle
Obituaries
e-Editions
Classifieds
Contests
Follow Us
Share This
1 of 5 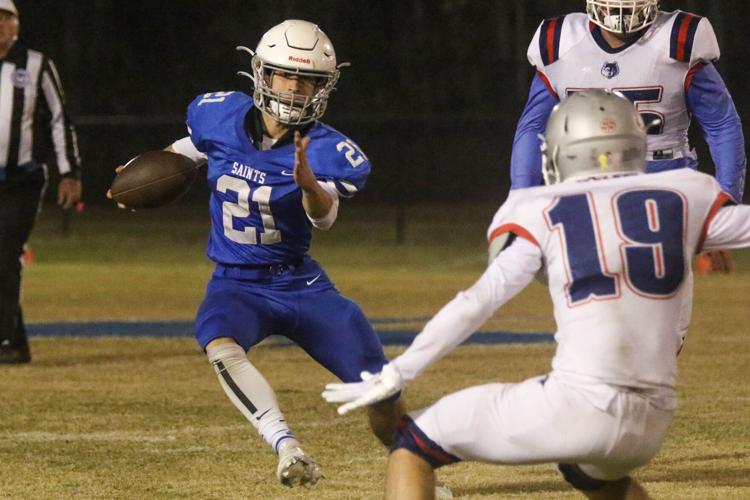 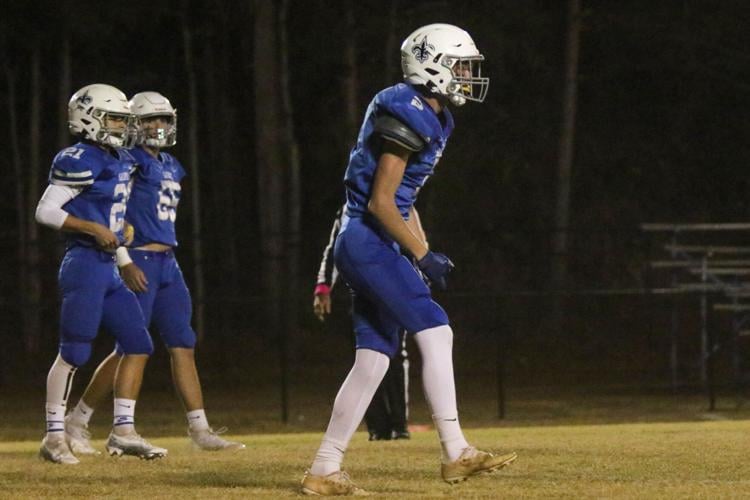 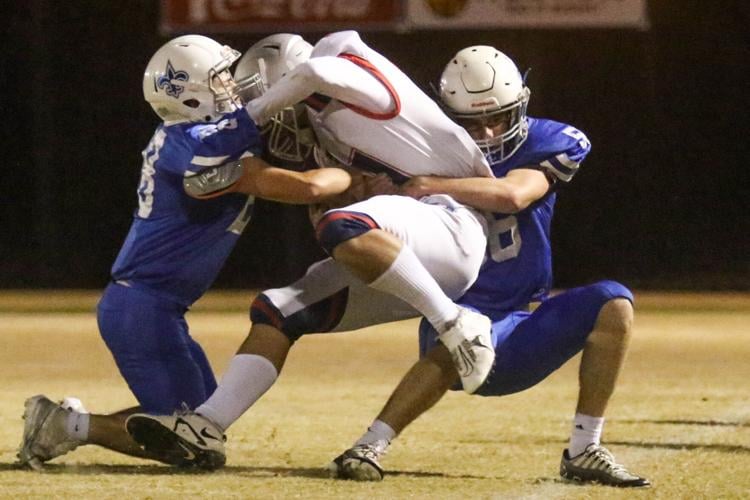 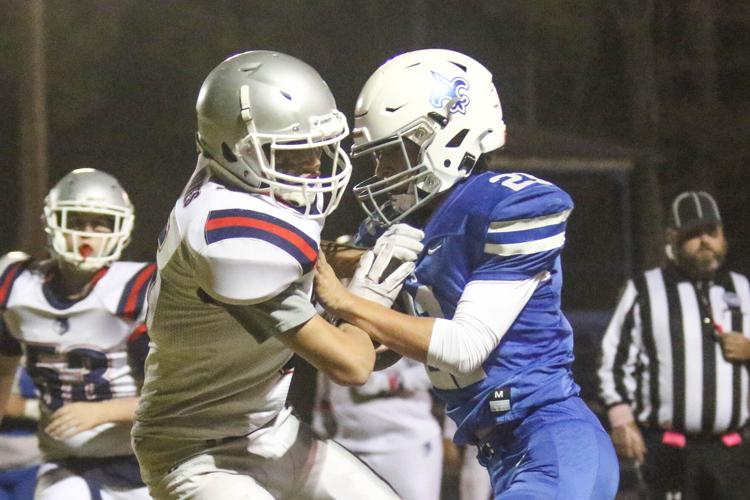 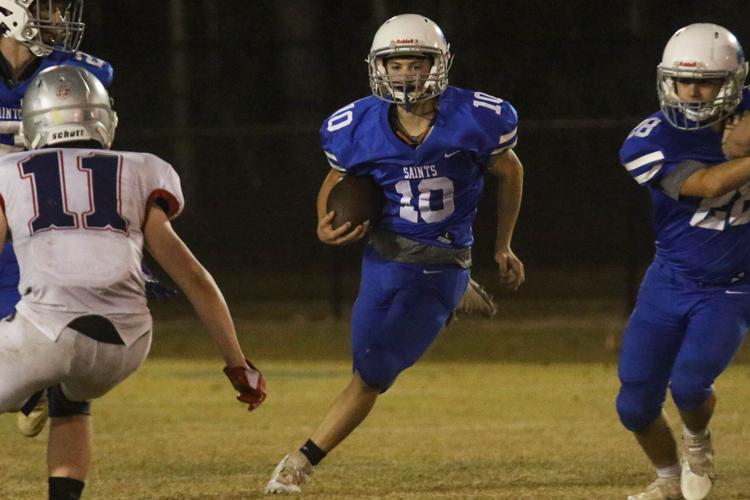 There was never any doubt Friday night as the Saints played host to Rossville Christian Academy.

When the final buzzer rang through the stadium, Sylva-Bay recorded their second shutout of the season, defeating the Wolves 54-0.

“I’m very proud of the kids tonight. We have had a tough year when it comes to wins and losses and injuries on top of that. We’ve lost eight since the start of the year, and a lot of those are starters. To have 15 kids tonight, and to win a ball game the way we did, it was pretty much over after the first quarter, I’m proud of the kids and proud for them,” said Sylva-Bay head coach Terry Underwood.

A Zach Buckley fumble recovery on the first Wolves offensive snap led to a Larkin Meaux six-yard rushing touchdown with 11:35 left in the opening quarter. Sylva-bay took a 6-0 after the two-point try failed.

Rhys Holder found his way into the endzone on a 15-yard touchdown run, then a Preston Sims 20-yard scamper put Sylva-Bay up 20-0 with 4;25 remaining in the opening quarter.

Holder found himself his second touchdown of the evening when he scored from nine yards out and Sims punched in the two-point try to give the Saints a 28-0 lead in the first quarter.

A Saints safety to open the second quarter gave them a 30-0 lead, followed by a 10-yard run from Holder to put them up 38-0.

Sylva-Bay didn’t let off the gas as the second half opened as they took a kickoff return for a touchdown from Jared Edwards, giving the home team a 46-0 lead after the successful two-point conversion.

The final score of the night came from Sims as he found a lane for a 35-yard touchdown rush to give Sylva-Bay a 54-0 lead in the final minutes of the fourth quarter.

“This is a playoff win and we advance. We are going to play a great team next week and we will concentrate on them Monday, but I just told the kids that I was proud of them and to enjoy the win this weekend, and let's get ready for the next round,” said Underwood.

Sylva-Bay will have to travel next week to take on Canton Academy, a team that is favored to be a state title contender and who defeated Sylva-Bay in August.

“You have a fighting chance anytime you’re in the playoffs. I’ve always told any team that I’ve been associated with that you’re in a new season, and everyone is 0-0 going into the night. Now we are 1-0 and we will get to work to be 2-0. We will be playing a great football team - probably the favorite to win our class - and we have to go to their place. We are going to prepare and do everything we can to compete as hard as we can,” added Underwood.