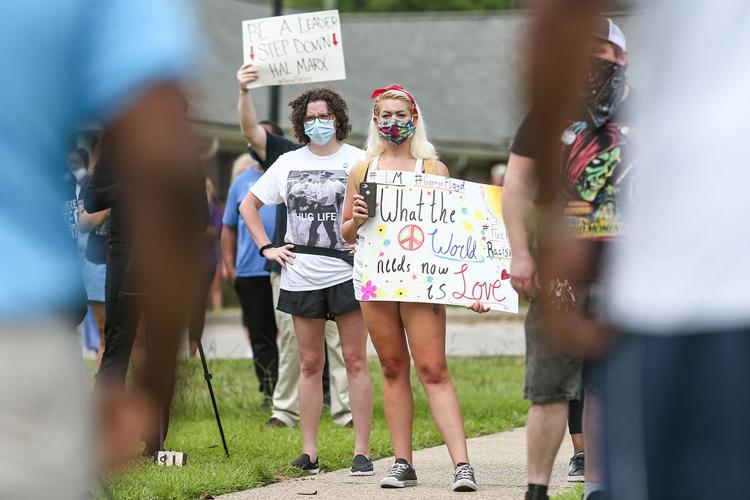 Protesters gather on a sidewalk in front of the City Hall building Friday, May 29, 2020, in Petal, MS, regarding the recent remarks from the city’s mayor, Hal Marx. Toggle (<>) to see more photos. 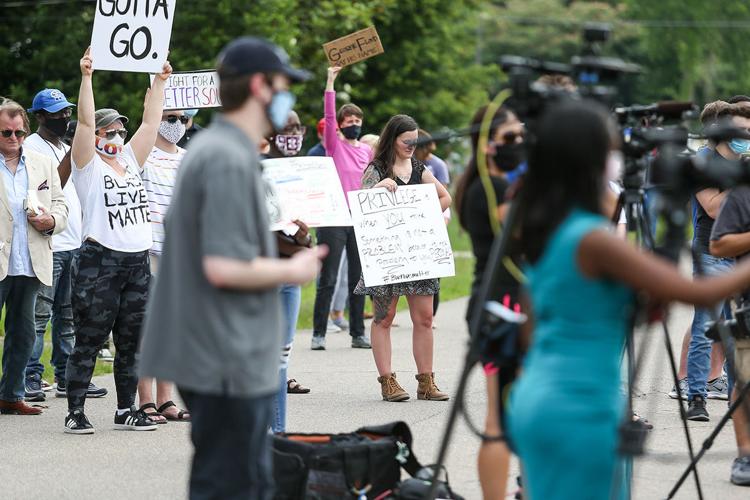 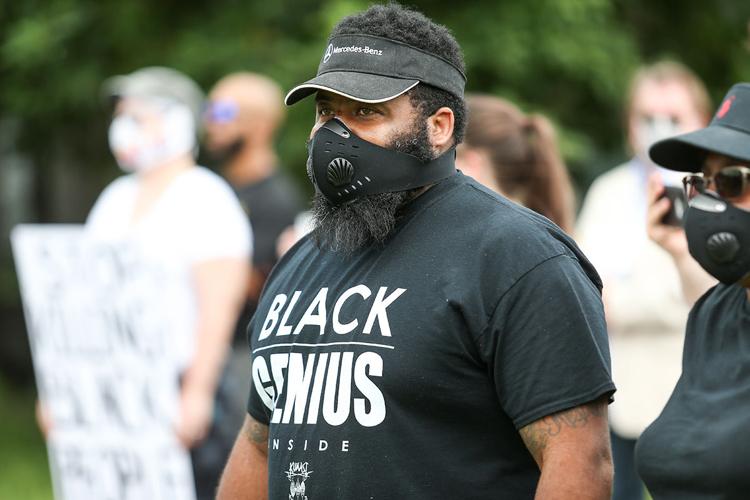 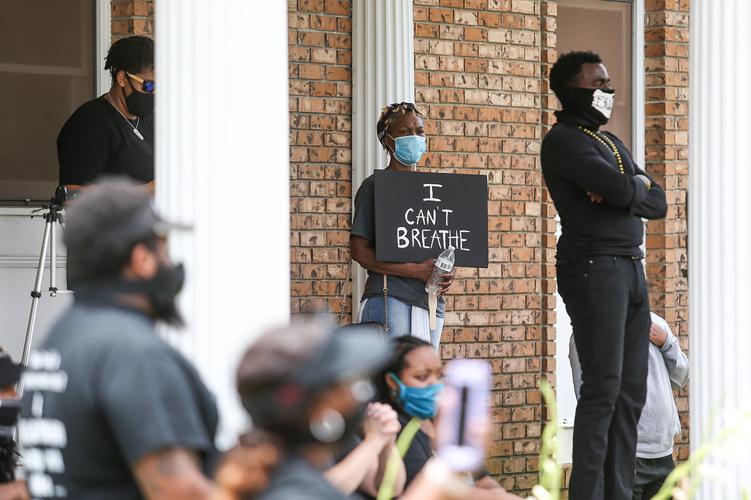 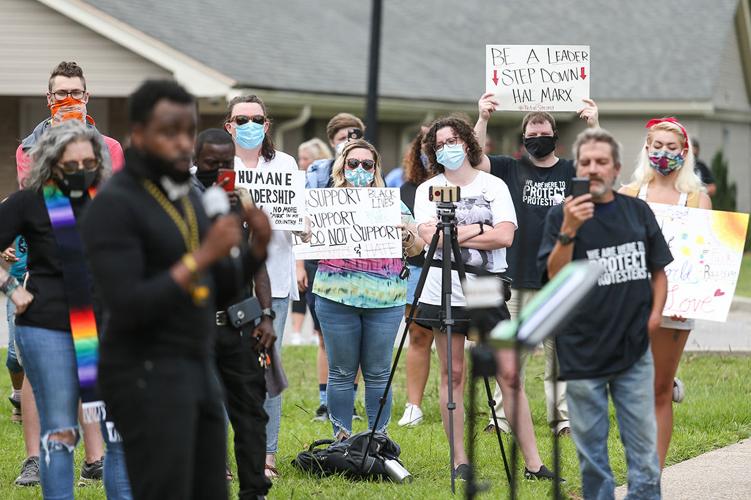 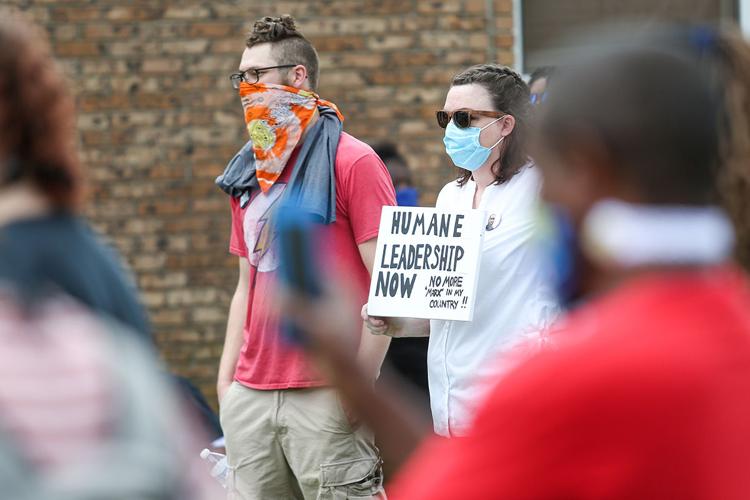 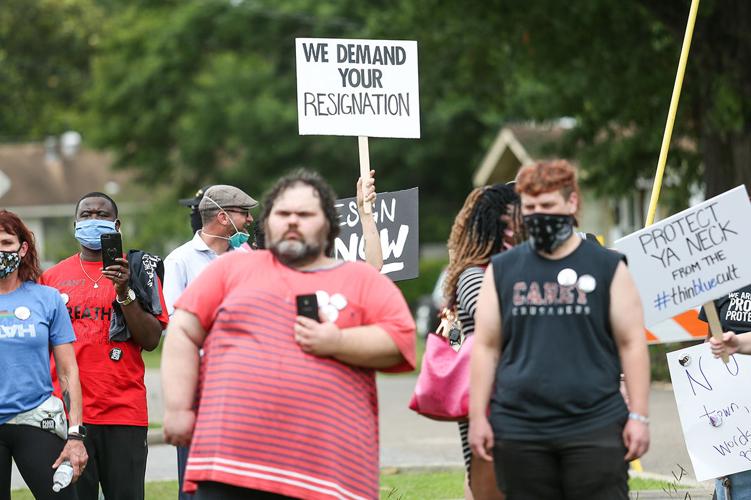 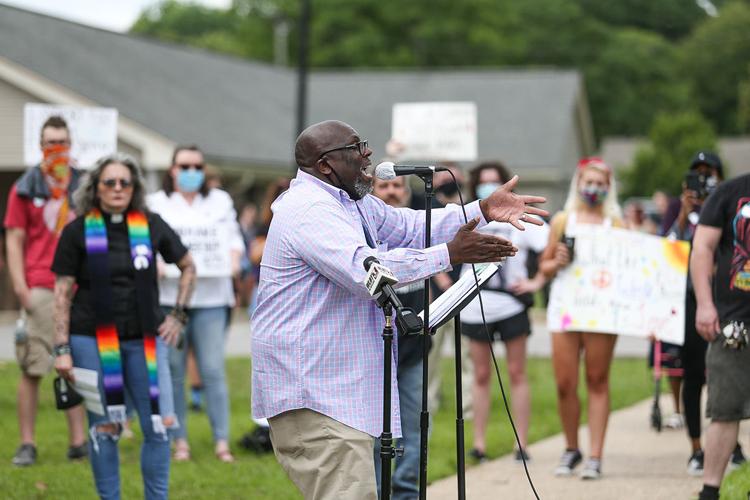 Protesters gather on a sidewalk in front of the City Hall building Friday, May 29, 2020, in Petal, MS, regarding the recent remarks from the city’s mayor, Hal Marx. Toggle (<>) to see more photos.

After Petal Mayor Hal Marx’s comments on social media regarding the arrest and subsequent death of a black man in Minnesota drew the ire of many, he declined a request from aldermen Thursday night to resign. The mayor apparently plans to serve out his term, which will expire in July 2021.

Marx was criticized for what he said about a video of Minneapolis black man George Floyd’s arrest. Floyd yelled, “I can’t breathe” repeatedly while a white police officer pinned him down with a knee on Floyd’s neck for several minutes. Floyd died in police custody. Floyd’s arrest and subsequent death quickly became an issue of national interest.

The Petal Board of Aldermen unanimously approved a resolution to censure Marx over his Facebook and Twitter comments Tuesday night and tabled motions to reduce the mayor’s salary and adopt a social media policy. Marx’s post on Twitter said, “Why in the world would anyone choose to become a #Police Officer in our society? #backtheblue #ThinBlueLine.” He also said on Twitter that the video showed nothing unreasonable.

On Thursday night, Petal Alderman Clint Moore read a statement on behalf of the Board at the beginning of the meeting, saying the city wishes “to embrace our diverse community and prosper.”

“It is unacceptable for a leader in our community to make these remarks with little or no thought to the effects they have on the very people where he or she leads,” he said. “Hal Marx’s comments are not an embodiment of the values that the City of Petal stands for. As strongly as the board feels about this matter, however, the Mississippi state law fails us in that the Board of Aldermen has no authority to remove our mayor from this position nor do the citizens through a recall election.”

Marx responded to the statement, conveying that he wished he had said his comments differently. He said he didn’t mean to minimize Floyd’s death but wished to say that people should wait for all the facts before rushing to judgment.

The Board tabled an agenda item requesting a salary reduction for the mayor in order to get an opinion from State Attorney General Carolyn Fitch. Aldermen also tabled a motion to introduce a social media policy to allow further research and discussion.

After Floyd’s death in Minneapolis, four officers involved were fired, and Mayor Jacob Frey has called for the arresting officer to be criminally charged.