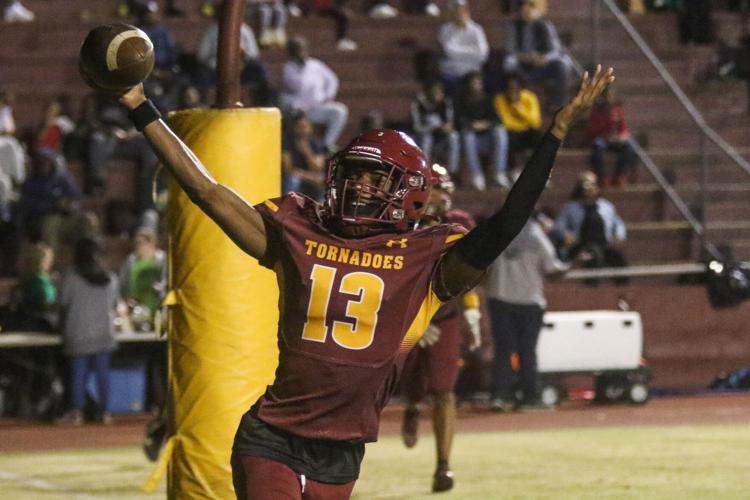 Javonta Caldwell celebrates after a touchdown. 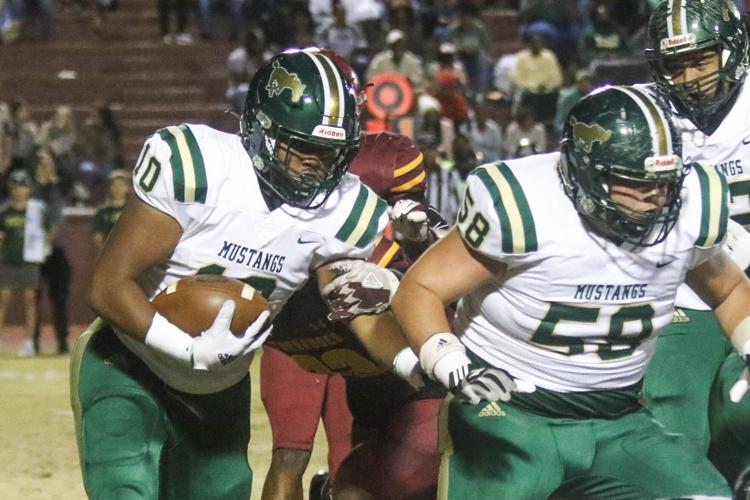 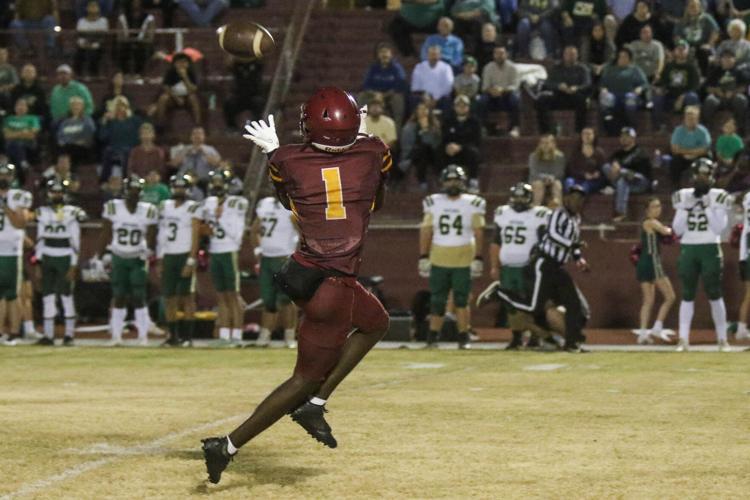 Quandarius Keyes catches a pass that lead to a touchdown.

Javonta Caldwell celebrates after a touchdown.

Quandarius Keyes catches a pass that lead to a touchdown.

The Laurel vs. West Jones rivalry added yet another classic chapter to the book Friday night, with fireworks early in the opening minute and one more bang in the closing minute to cap things off. In this chapter, the Tornadoes edged out the Mustangs in a thriller.

The fireworks went off quickly in the opening minute as Laurel struck first when Javonta Caldwell connected with Quandarius Keyes for a 77-yard passing touchdown to take a 7-0 lead with 11:00 on the clock after the successful point-after attempt.

“I thought we did well in the passing game tonight. I knew we would have to make plays downfield. That is something we haven’t been able to do a whole lot of this year, but I think those set the tone for the game. Coming into the game we thought we needed to make four or five throws, and I think we made six or seven. Javonta Caldwell did a good job, and Kobe Pierce did a fine job coming in for relief,” said Laurel head coach Ryan Earnest.

On the ensuing kickoff, West Jones’ ReShawn Keys took the kick back 80+ yards for a touchdown to knot the game up 7-7 after the PAT with 10:40 left in the first quarter.

Both teams made defensive stands through the quarter trading field position with Laurel capitalizing as the second quarter opened when Caldwell scrambled for a five-yard touchdown run to take a 13-7 lead [PAT was missed] with 11:54 remaining in the first half.

Both teams again traded field position via defensive stops and punts throughout the remainder of the first half, with West Jones driving down the field in the closing minutes, however, the Mustangs attempted field goal try fell short to end the half.

“Our defense is relentless. Our staff does a phenomenal job keeping those guys ready to play and running to the football,” said Earnest when discussing his team’s performance.

“I can’t put his performance into words,” said a smiling Earnest when discussing Quandarius Keyes. “Good stuff happens to good people. There’s not a better kid in this area. He does everything right. He goes to class and makes great grades, and you see what you did tonight as a byproduct of his hard work on the practice field. I just can’t say enough, especially on Senior Night, what a great performance. We needed every one of those plays he made.”

Caden Arrington got in on the action for Laurel with 3:43 left in the quarter when he powered through on a 12-yard touchdown run to give Laurel a 28-7 lead after a successful two-point conversion.

West Jones did not go down quietly, though, as Marlon Lindsey threw an 11-yard touchdown pass to tighten things up 28-14 with 1:17 remaining in the quarter. Another touchdown pass from Lindsey to little brother Kymurion Lindsey from 69-yards out put West Jones within one score of Laurel with 8:53 to go in the contest.

Laurel’s defense once again stepped up when it needed to the most as in the closing minute of the game, Rayshad McGruder intercepted an errant pass to seal the 28-21 victory.

“That is a great offense over there [West Jones] that we played tonight. There aren’t a lot of teams that can hold them to 21. Kudos to our defense and the coaches for a great game plan, and to our players for executing it,” stated Earnest.

“We had some kids start cramping up, and we had some kids get banged up. We had to play kids who haven’t played a lot at all this year, but they stepped up and made solid contributions. I’m really, really proud of this team and their effort,” added Earnest when talking about West Jones’ comeback in the closing minutes and their response.

“It is like I said at the beginning of the year. The playoffs in Region 3-5A start the last week of September. For everyone else, it starts the first week of November, but every week is a playoff game in this region because everyone has such good teams. We have been in playoff mode for quite a while, just like West Jones has. This was a must-win for us. We are blessed to come away with the win,” said Earnest when discussing Region 3-5A.