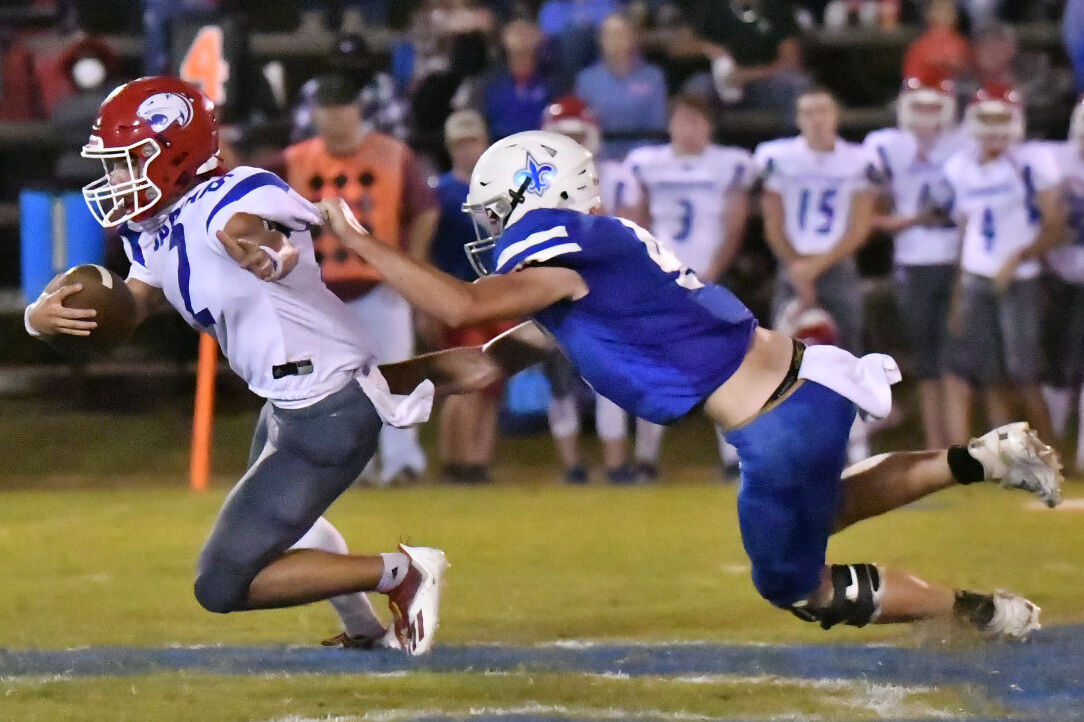 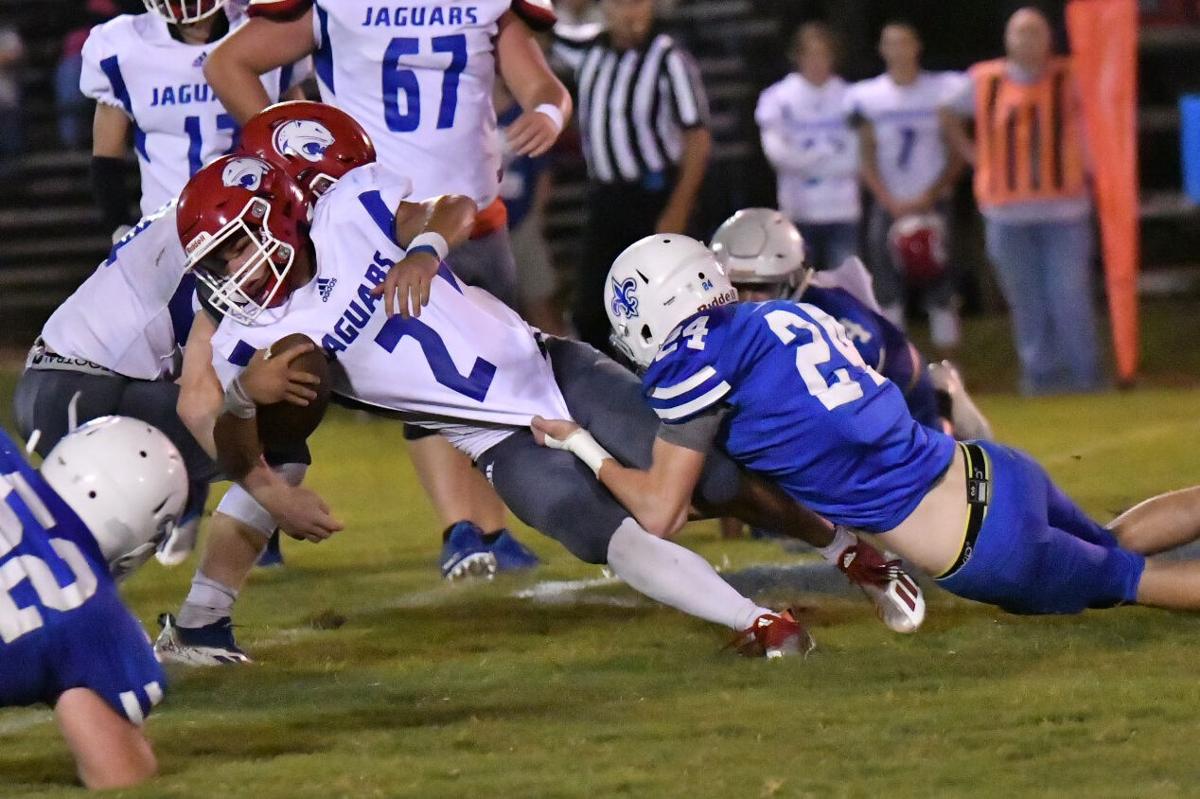 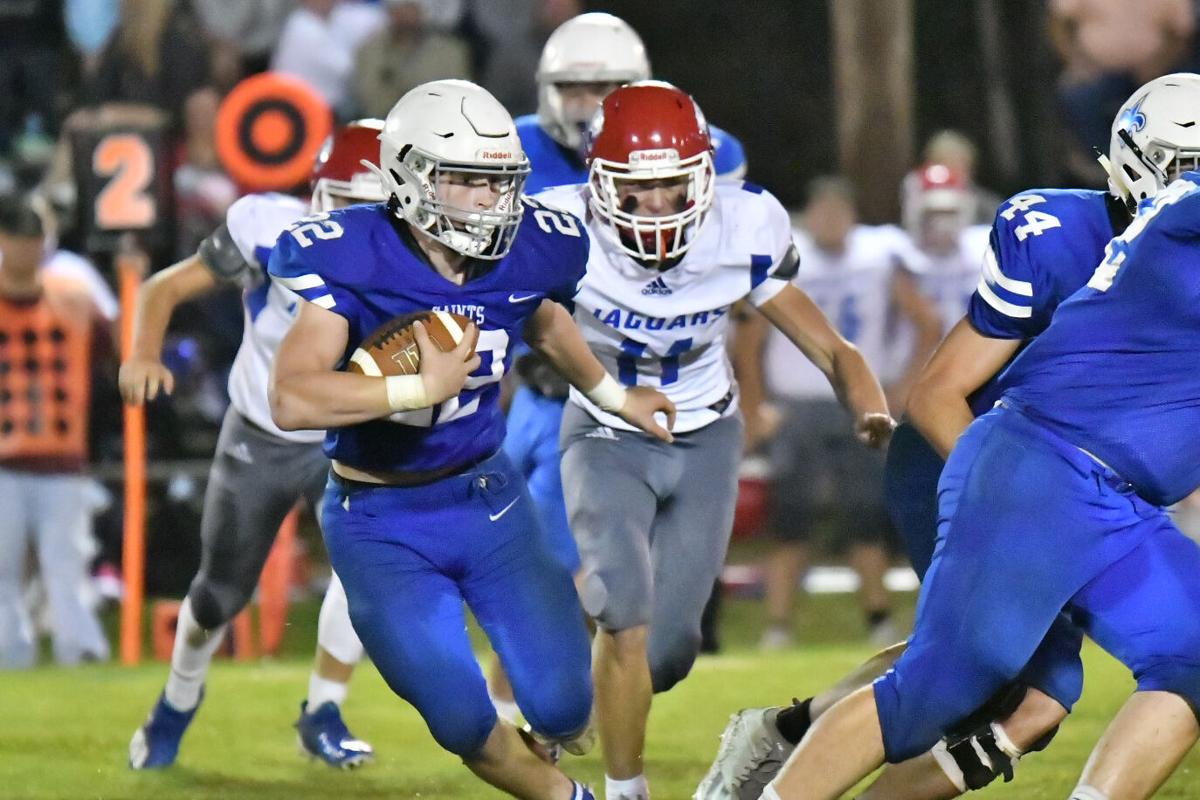 Sylva-Bay plays in the smallest classification of football in the state of Mississippi other than 8-man. In other words, they have much fewer kids to choose from and less depth on average than a Wayne Academy.

School size does not necessarily guarantee a win for Jaguars over the Saints, but they did overwhelm this gritty bunch in Jasper County by a score of 54-22.

"Those guys played for a state championship last year. That was class 4A which is a class above us. They are not shabby. If you look at their losses it's to bigger teams," Sylva-Bay head coach Terry Underwood said of his opponent.

Do not let the final score fool you. Sylva-Bay had some big plays in the first half. The Jaguars struck first from 73 yards out on a counter to the weak side. Then senior running back Jayden Henderson answered the call at the 3:23 mark with a seven yard scamper to the pay dirt.

Things got a little interesting at the start of the second half. On the first play from scrimmage, Henderson rumbled and bumbled for 80 yards to the goal line and fumbled into the back of the endzone.

One referee called a touchdown while another called a touchback. They spotted it at the 20, but the referees huddled up and reversed the call. The Saints were in the thick of this game 21-14.

Only 13 seconds later, Wayne quarterback Stone Ross darted for a 62-yard touchdown. Down two touchdowns, turnovers demolished the chances of pulling off the upset. Wayne would score off two fumbles, and by midway through the fourth quarter the Jags were up 54-14.

Underwood knew those two fumbles were their demise saying, "The two most pivotal points of the game were our two fumbles. We gave them a short field. You've got to give them credit for making plays, and putting the game out of reach."

With three seconds and the game out of reach, Sylva-Bay kept driving with some big runs by Nate Meyers and Heath Burkeen. "I was proud of our attitude and effort. That is why I took that timeout with three seconds. Our kids deserved the chance to score and that two-point conversion. If I didn't think it was that important, I wouldn't have done it," said Underwood about the final score that ended the game 54-22.

Underwood bragged about his running game against a tough Wayne defense, especially Henderson, "He ran hard and had one of his better games offensively. Paxton ran hard. Our line blocked a little better tonight. Heath Burkeen got down hill better tonight. Little Nate Meyers came in like a fire plug hitting up in there."

The Saints will get some much needed rest with no opponent next week.

"The bye is coming at a good time," said Underwood. "We are a little bumped and banged. We have to play another 4A Brookhaven Academy. Realistically, we have a shot of winning our next three games."

Sylva-Bay has to taste the loss of a rivalry game for another two weeks, but their head coach still believes they can finish strong. "I'm proud of our kids. I thought we played hard. We were mentally prepared. Our kids get up for Wayne with it being a rivalry game," said Underwood.