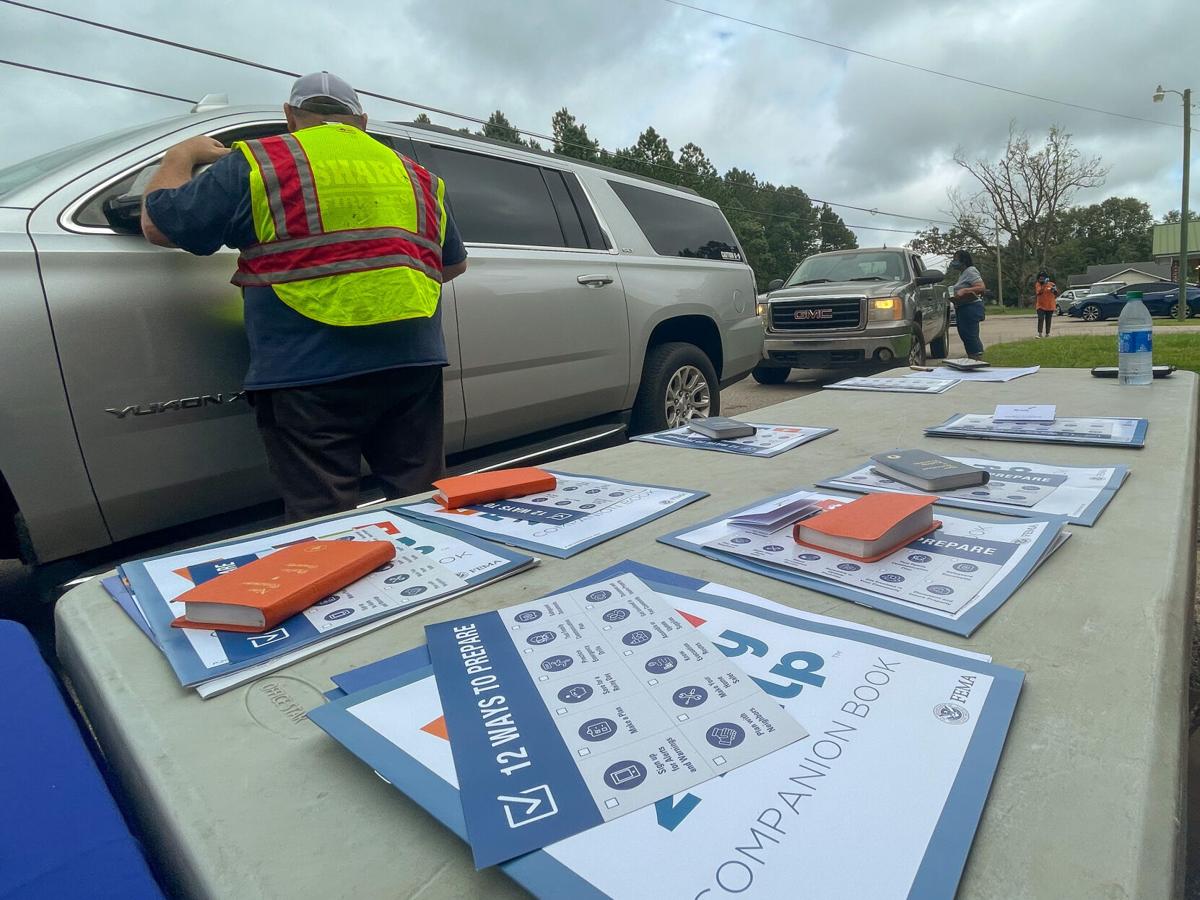 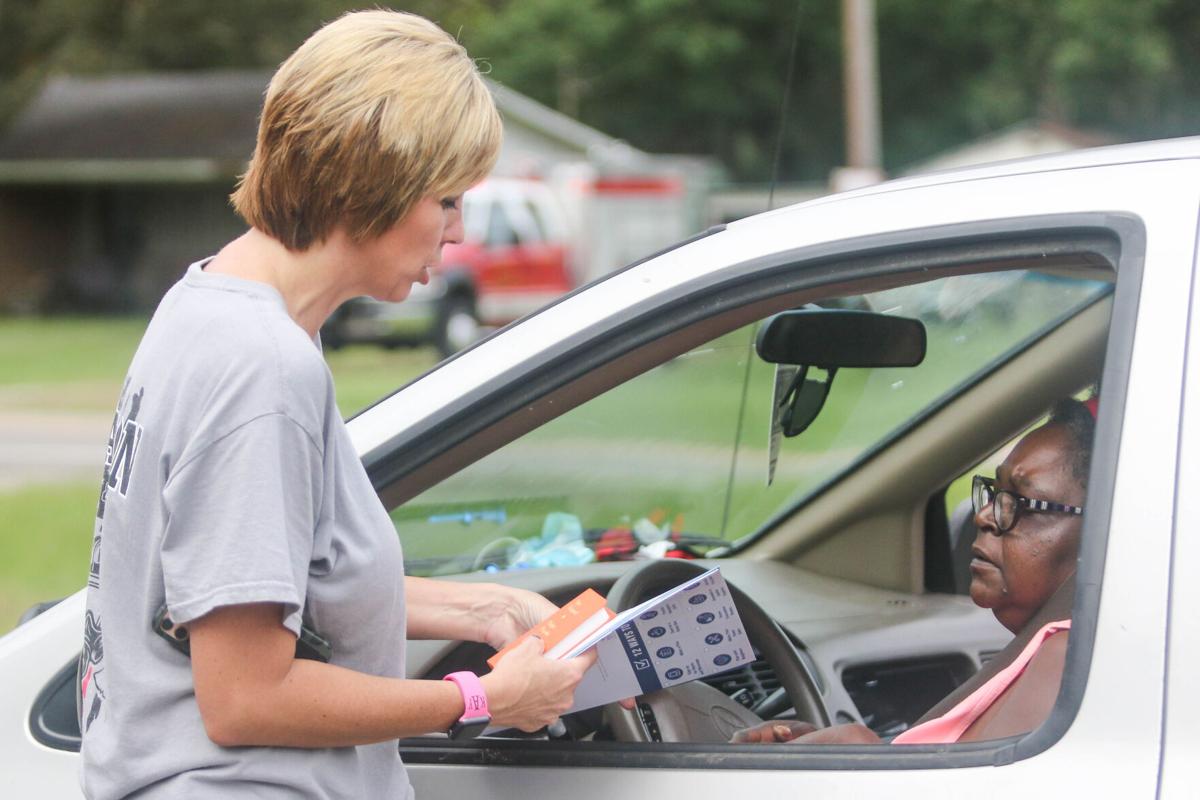 Kelly Andrews with the Sharon Volunteer Fire Department speaks with a member of the community. 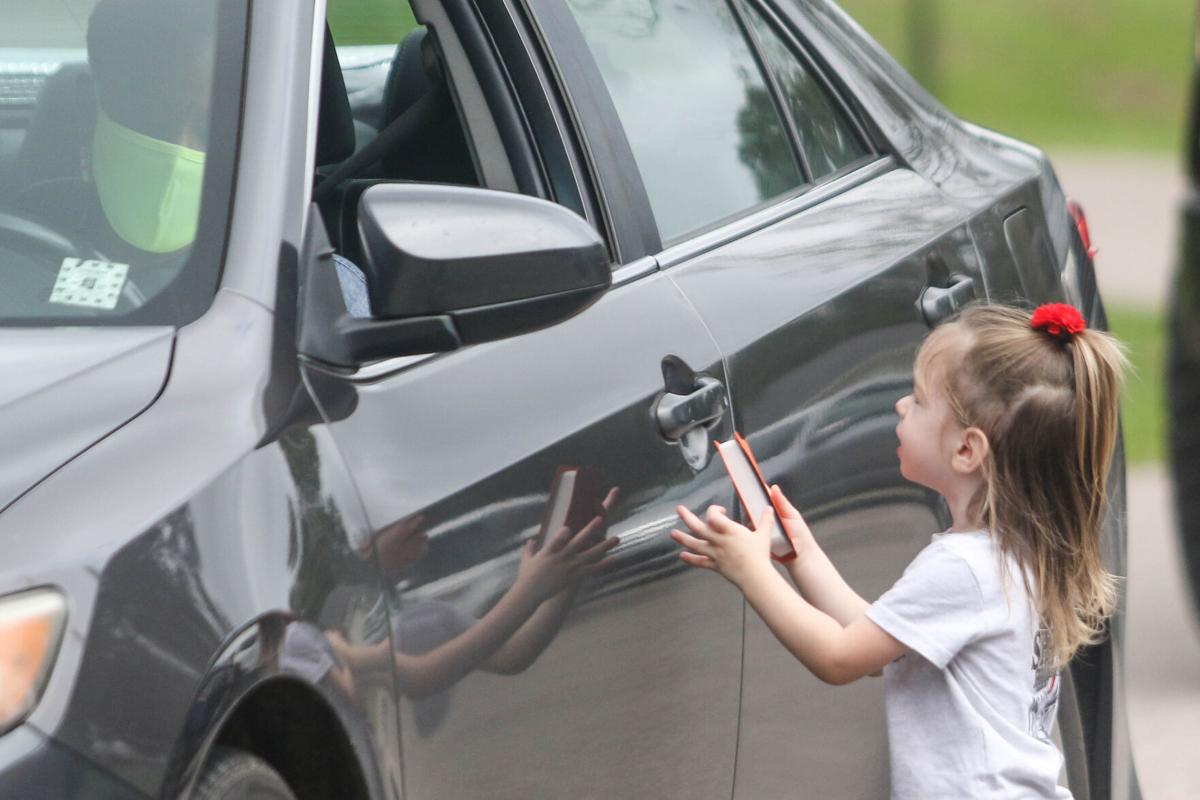 Volunteers of all different ages handed out supplies to the community. 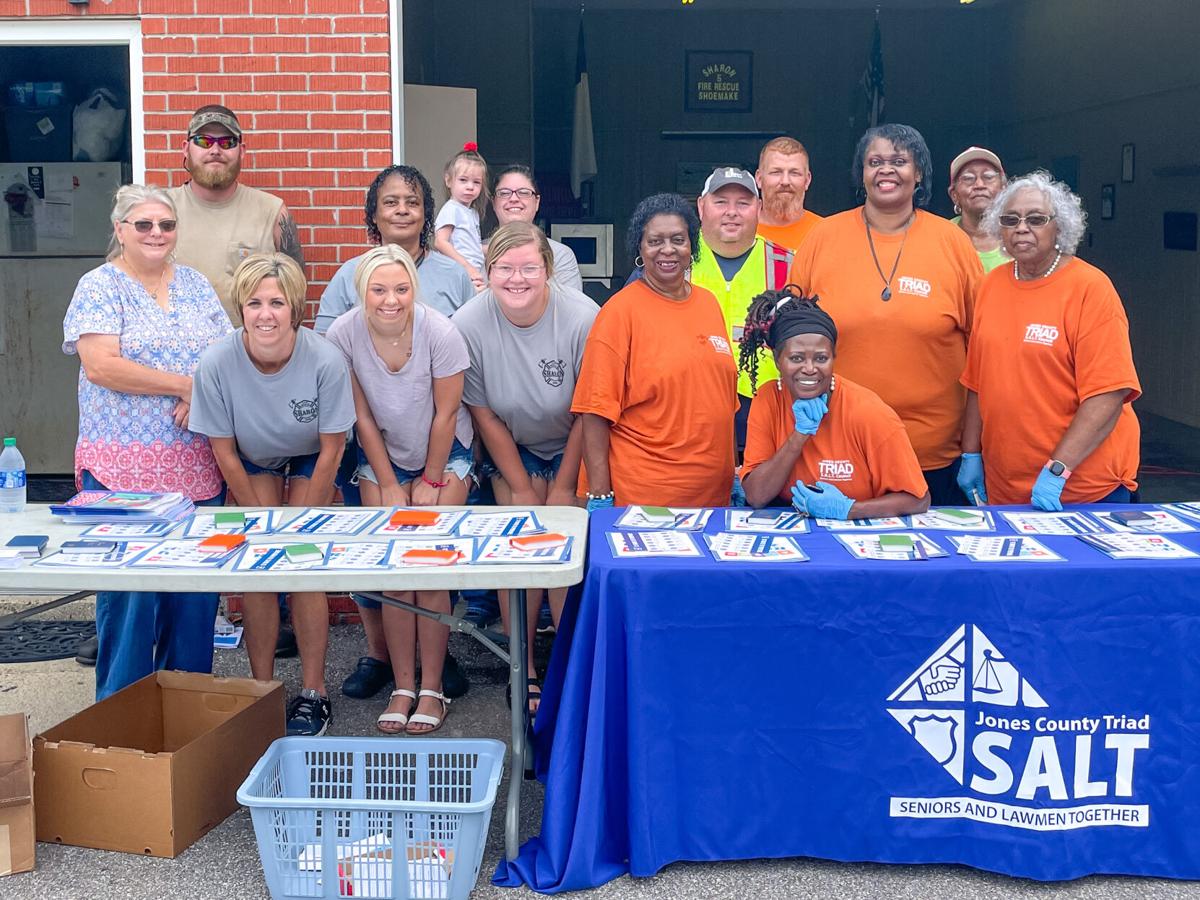 Members of the Sharon VFD pose for a picture at the Drive-Thru event.

Kelly Andrews with the Sharon Volunteer Fire Department speaks with a member of the community.

The Sharon Volunteer Fire Department hosted an event promoting Senior Safety and Crime Prevention Saturday morning which saw people lined up before the event even began.

“They went out and shopped for all of the supplies like box fans, small air units, fire extinguishers, smoke detectors, deadbolt locks, letters and numbers for mailboxes, light bulbs, flashlights, flashers to sit outside in case of a natural disaster,” said Andrews about what items were purchased with the grant money.

According to Andrews, the grant was $1,400, which provided the items that were given away during the drive-thru event.

“We also gave out pamphlets and books to help you prepare for any kind of disasters that may arise. We also had a pamphlet that we gave out so that you could write down important information and information on who lives in your household in case emergency personnel need to go in your home, they can and they’ll know who all should be in there,” said Andrews.

“We were supposed to start at 10 a.m., but we got here at 8 a.m. to start setting up and our parking lot was full. It was three rows wide and about four rows deep. Sharon Road, both the northbound side and southbound side were lined up as far as I could see,” stated Andrews.

“We did not expect this many people to be here waiting on us. I think that shows that there are a lot of people in need of these things. Especially fire extinguishers and smoke detectors. I heard so many people who came through saying that their smoke detectors were expired and they wanted to upgrade because of that. They wanted something stable so that if something was to happen inside or around their home they would be alerted about it,” said Andrews about how many people were waiting for the supplies.

Sharon Volunteer Fire Department will also be hosting an event to help fund their Christmas event where they take children who might not receive gifts and give them an opportunity to select toys and other things.

“We are doing our annual ‘Shop with a Firefighter’ event this year and on October 2nd we will be at First Baptist Church of Sharon to host a mini flea market and fair event. Booths will be able to set up for $25.00 per booth and they keep the profit of what they sell. We just ask for the booth fee, and that goes towards the ‘Shop with a Firefighter’ event. We will have gun raffle tickets out at that event too.’