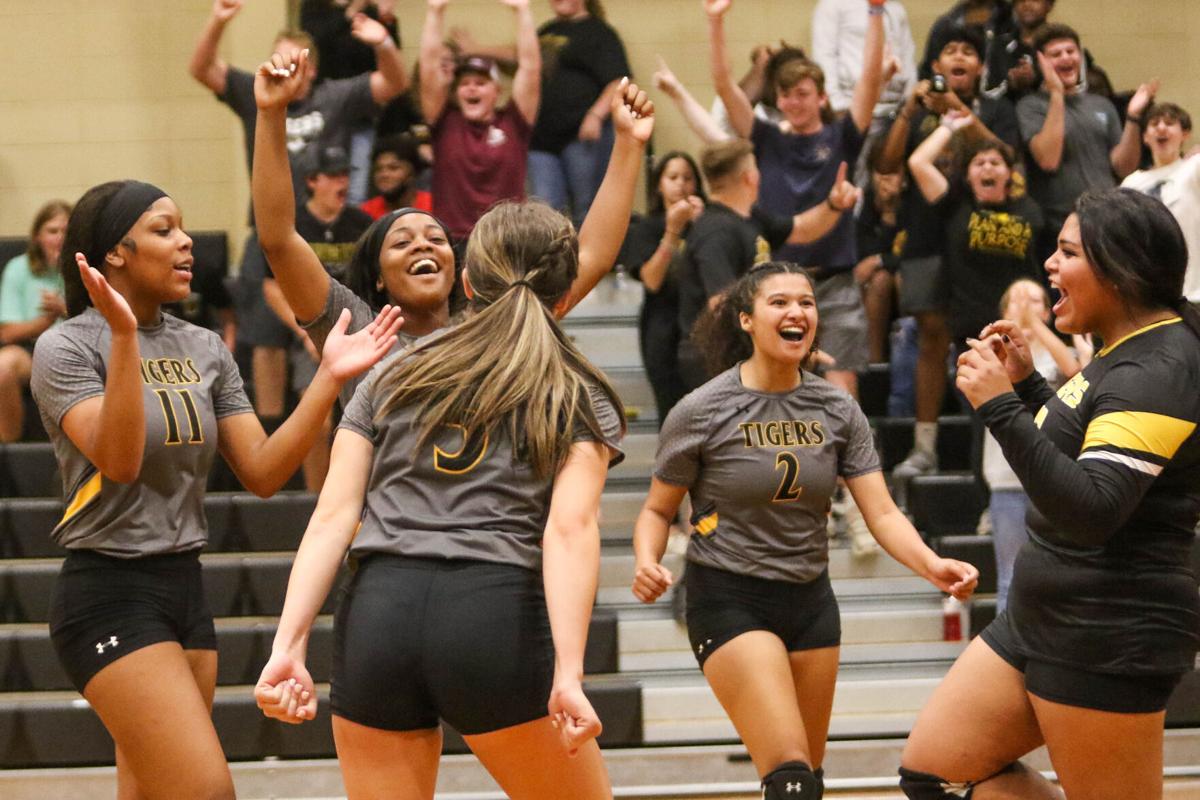 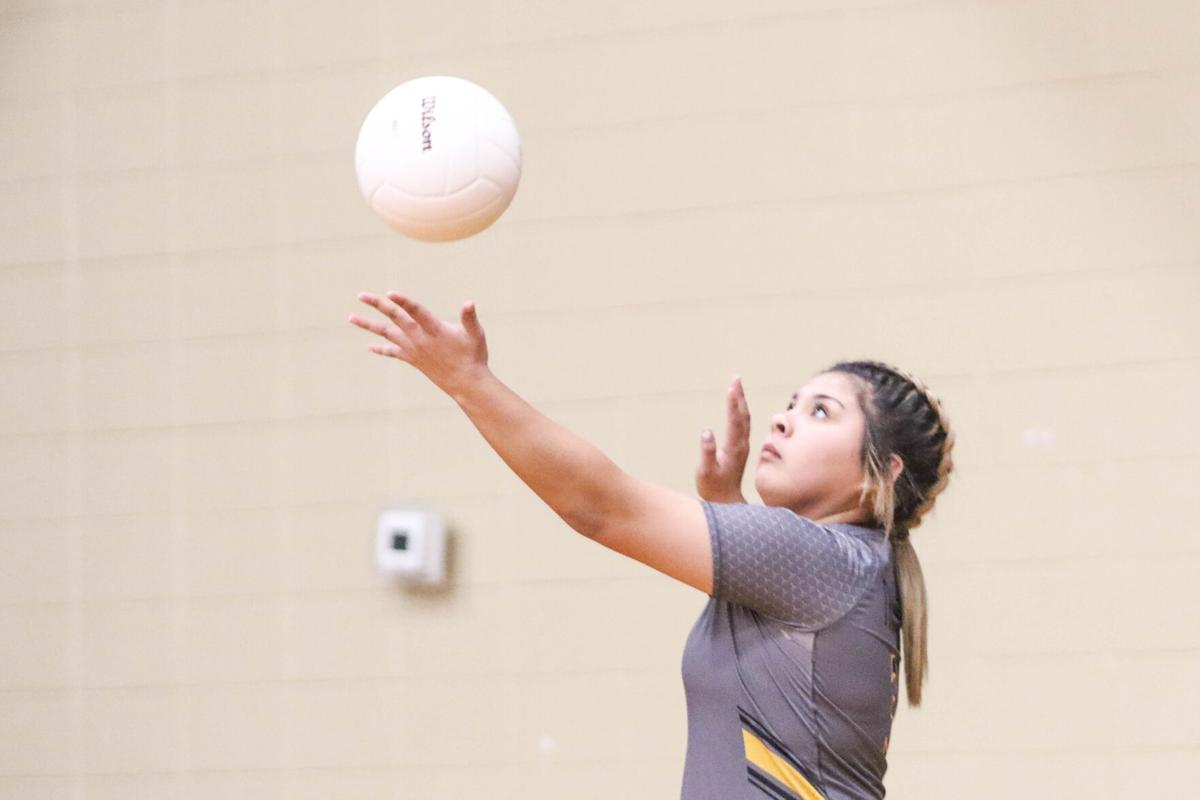 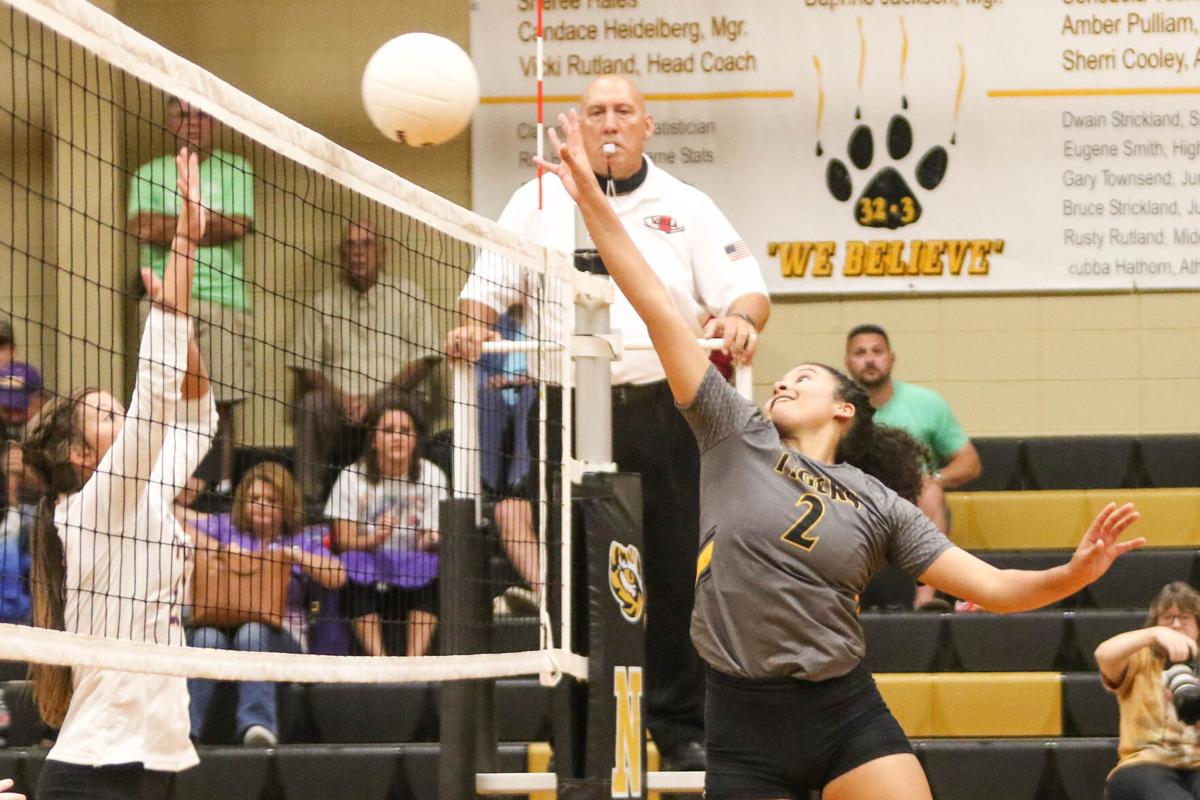 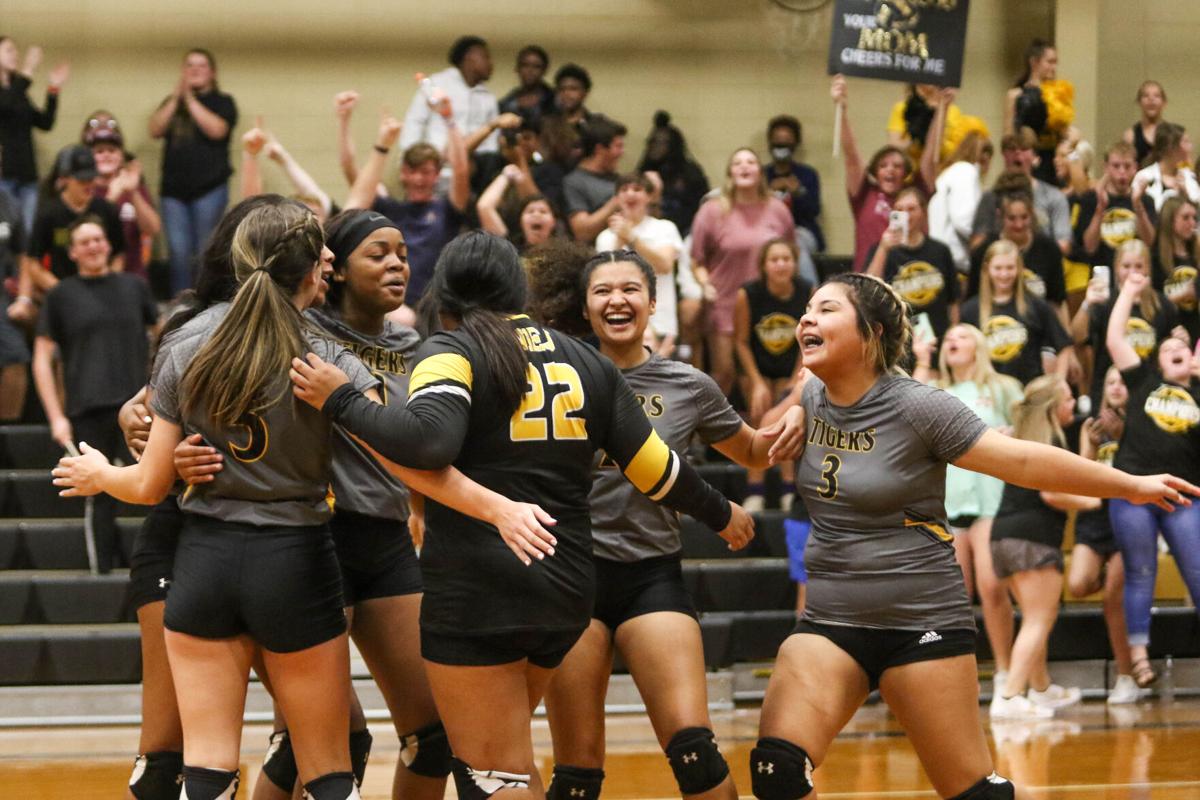 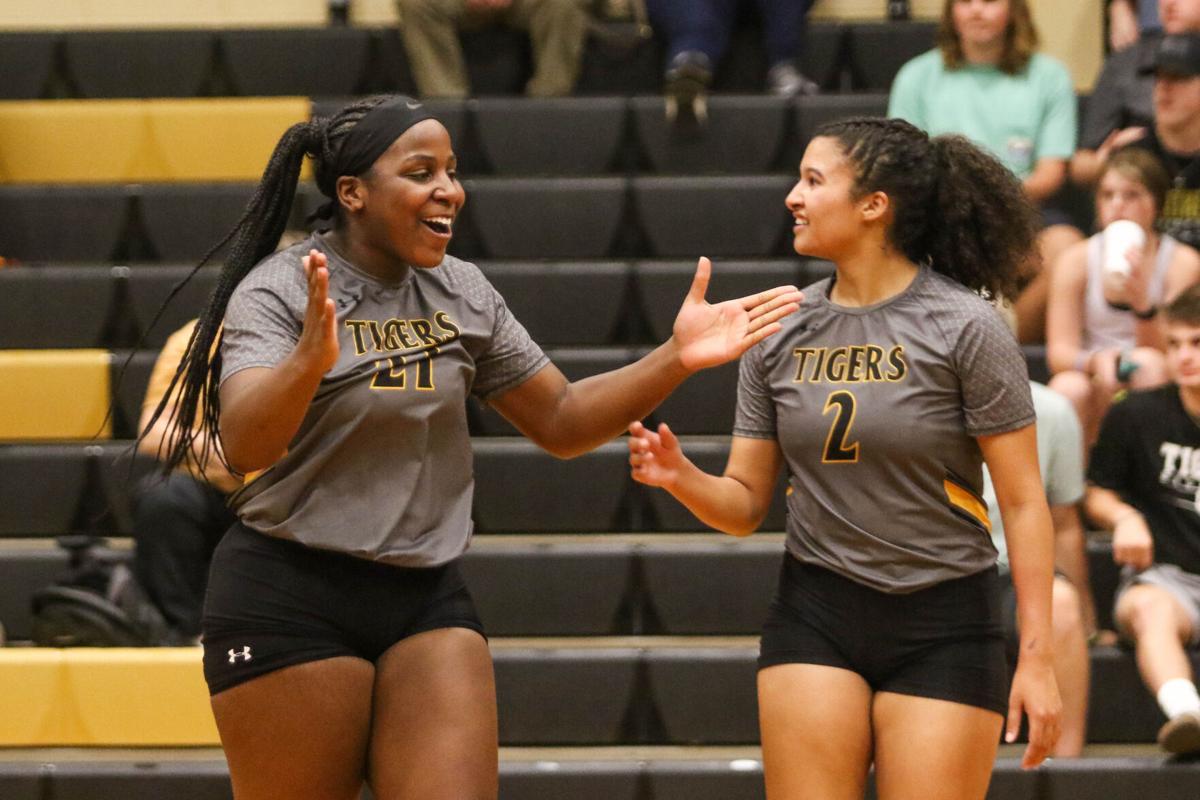 After going down one set early, the Northeast Jones Lady Tigers came roaring back, taking three straight sets over the Purvis Lady Tornadoes to advance to round two of the 4A volleyball playoffs Tuesday evening.

“I feel like we were in control of every point tonight,” said Northeast Jones head coach Keri Padgett. “Even the points we gave up, I knew we just had to weather those storms and believe in ourselves, and we did that.”

Purvis fired out of the gate early in the first set, controlling much of the set until the Lady Tigers went on a 5-0 run to close the gap to 9-9 all. Purvis, however, bounced back with an 11-1 run to take a commanding 20-10 lead in the set before Northeast Jones could respond with a point of their own. The Lady Tigers fought to bring the score to within 24-18, but Purvis was able to get the much-needed last point and set win.

Things quickly changed in the Tigers’ favor in the second set as they controlled it throughout.

Padgett commended Alisha Satcher who was instrumental in the runs in the second set and throughout the night.

“Alisha Satcher has been phenomenal for us at the net. She makes the other team change everything that they do. I can’t say enough good things about her because this is her first season to be a major part of the defense and offense. She’s come a long way and now she’s the glue that keeps us together.”

The third set mirrored much of the second as Satcher, Chloe Lyons, and others controlled the front of the net continuing point streaks for the Lady Tigers. Purvis took an early 4-3 run in the set, but it was quickly gone after a 7-0 run by Northeast Jones, and ultimately a Tiger set win, 25-19.

The fourth and final set proved to be the most competitive as the score remained tied through the first combined 20 points between the two teams. A 4-0 run gave Northeast Jones a slim cushion with the help of their two servers.

“We have two good servers, Tazanna Thomas and TeAnna Thomas. When we get those girls back-to-back on runs, we usually put good runs together,” said Padgett about their play that ultimately sealed the win.

Purvis could not quite close the gap from the run of Northeast Jones, as the Lady Tigers killed any string of momentum the Lady Tornadoes attempted to muster. A 6-0 run late in the set gave Northeast Jones the final push they needed, and strong play from their rotations sealed the set 25-16 for them to advance in the 4A playoffs.

“This is our fifth year as a program and third to play in district play. We’ve been fortunate to win district all three seasons,” said Padgett.

Northeast Jones will host Stone County Thursday evening in the second round of the playoffs.