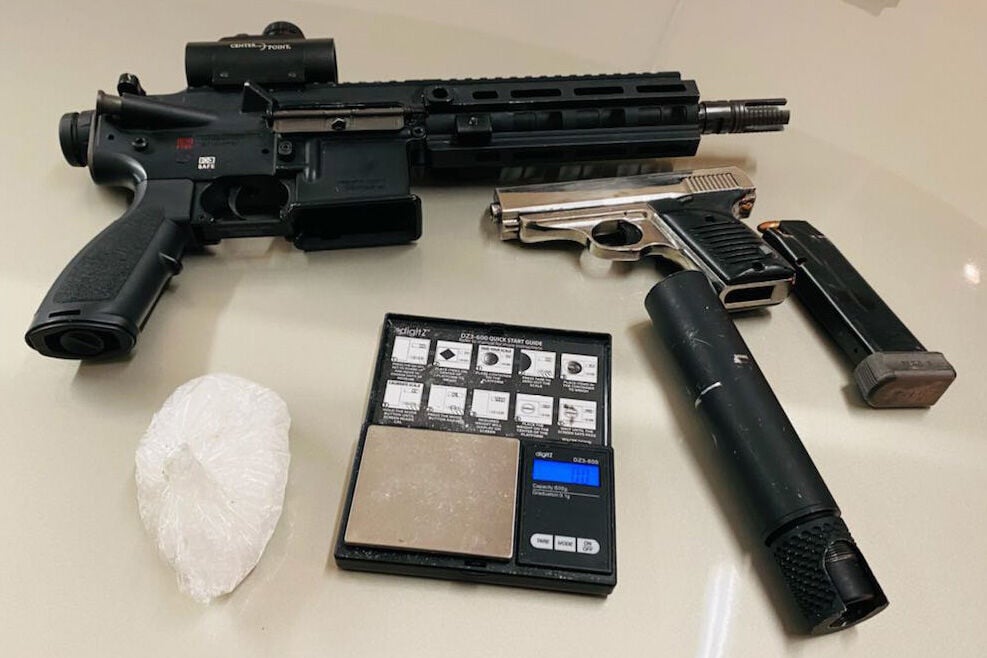 Approximately $4,000 worth of methamphetamine and two handguns including a suppressor. 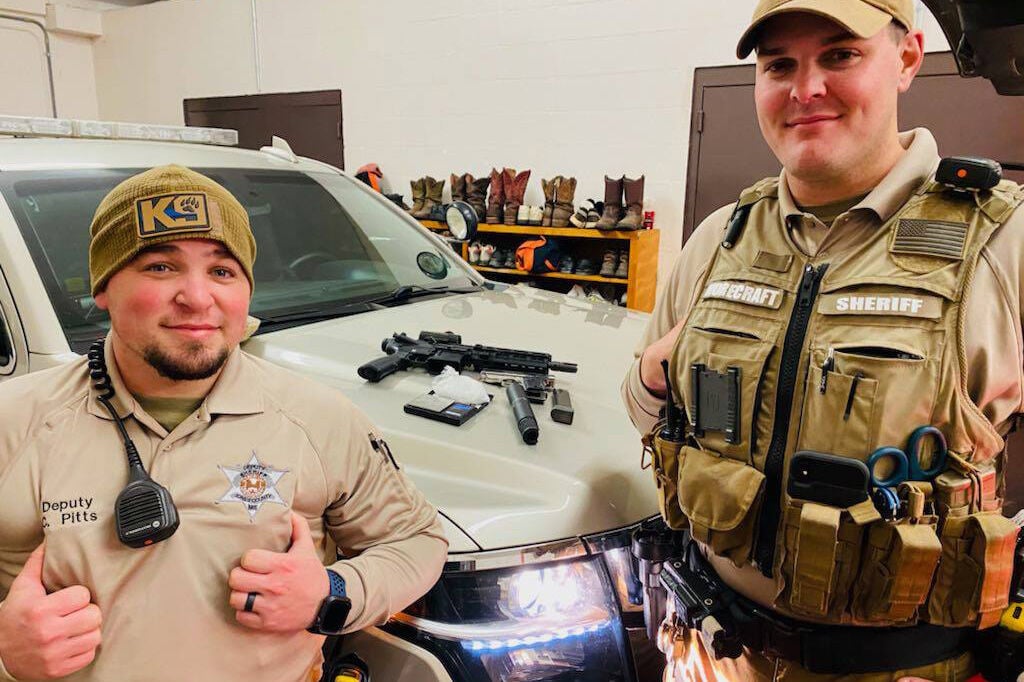 Approximately $4,000 worth of methamphetamine and two handguns including a suppressor.

A highway safety checkpoint led to Jones County Sheriff’s Deputies finding approximately $4,000 worth of methamphetamine and two handguns including a suppressor on a suspect early Tuesday morning.

The deputies then noticed the smell of marijuana in Hankins’ car.

“They asked if they could search the vehicle and he consented to it,” said Driskell. “They then found scales, guns, and a little bit of marijuana. They got to searching inside the dash part of the vehicle where the fuse box is and noticed a brown paper bag stuck inside the dash. They pulled it out and it had around four ounces of methamphetamine inside.”

Hankins will have his bond set for Wednesday afternoon as he will appear at the Jones County Justice Court.

“The street value of the crystal meth is approximately $4,000 based on an “8 ball” of meth, which is 3.5 grams, selling for $120 to $150. We will be conversing with the ATF on the suppressor to determine if an additional charge may be warranted.”

Sheriff Joe Berlin commented on the arrest and the two deputies saying, “Great job by Deputy Pitts and Deputy Morecraft in interdicting this individual in possession of crystal meth and weapons. We continue to press the fight against illegal drugs in Jones County.”

Hankins charges include Possession of a Controlled Substance with Intent to Distribute while in Possession of a Firearm. As mentioned prior, no charges have been filed on the possession of the suppressor as of the time of this writing.