You are the owner of this article.
Edit Article Add New Article
You have permission to edit this article.
Edit
Welcome, Guest
Home
News & Events
Sports
Lifestyle
Obituaries
e-Editions
Classifieds
Contests
Follow Us
Share This
1 of 6 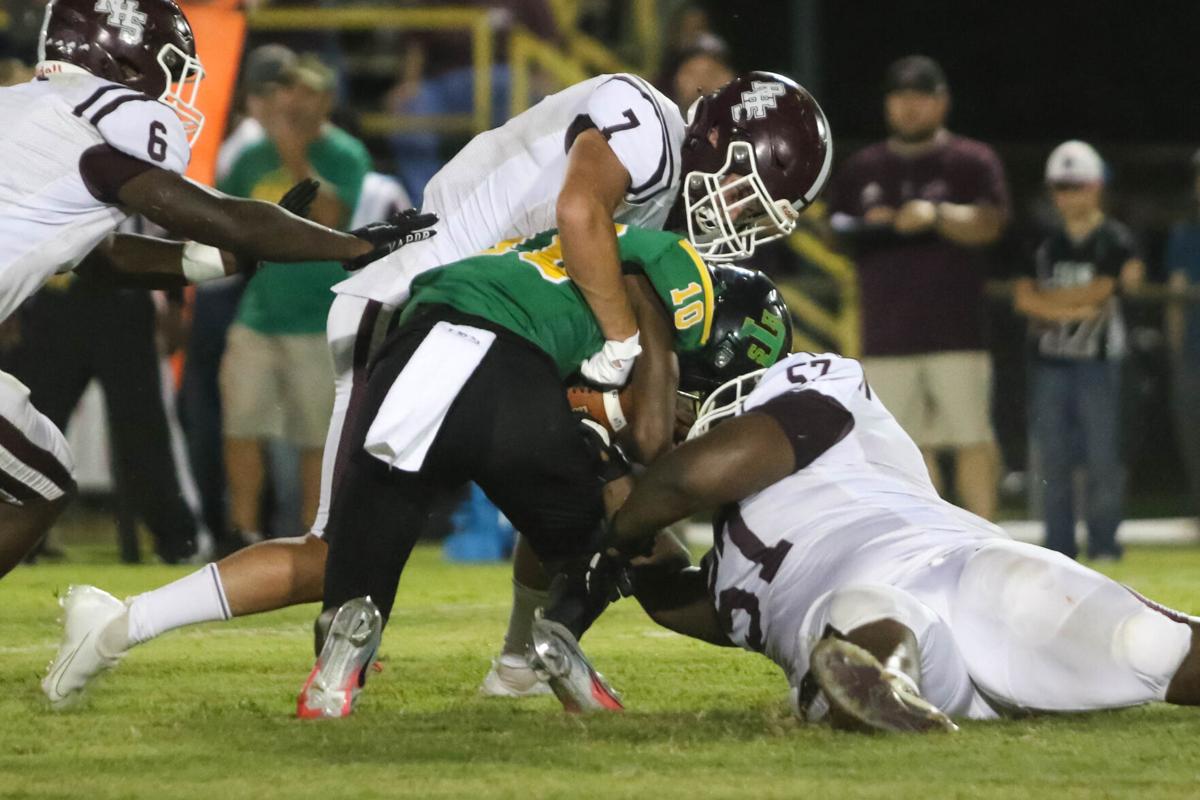 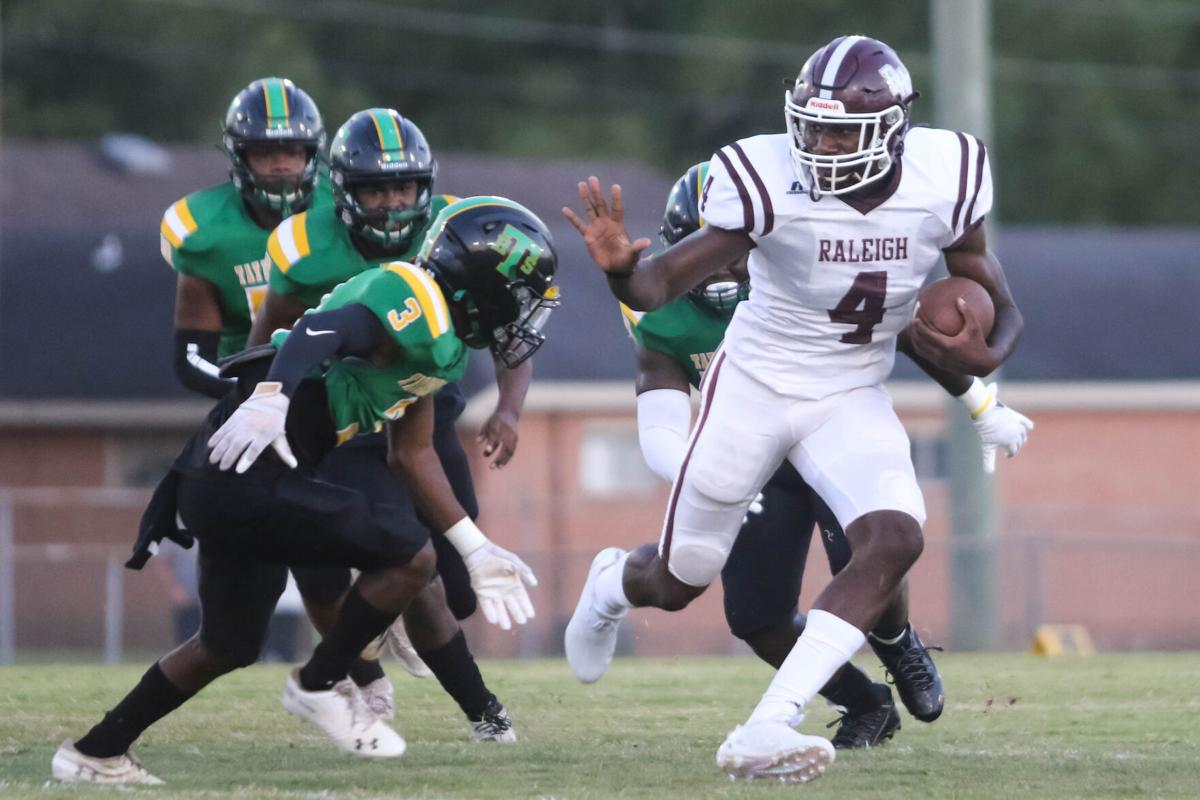 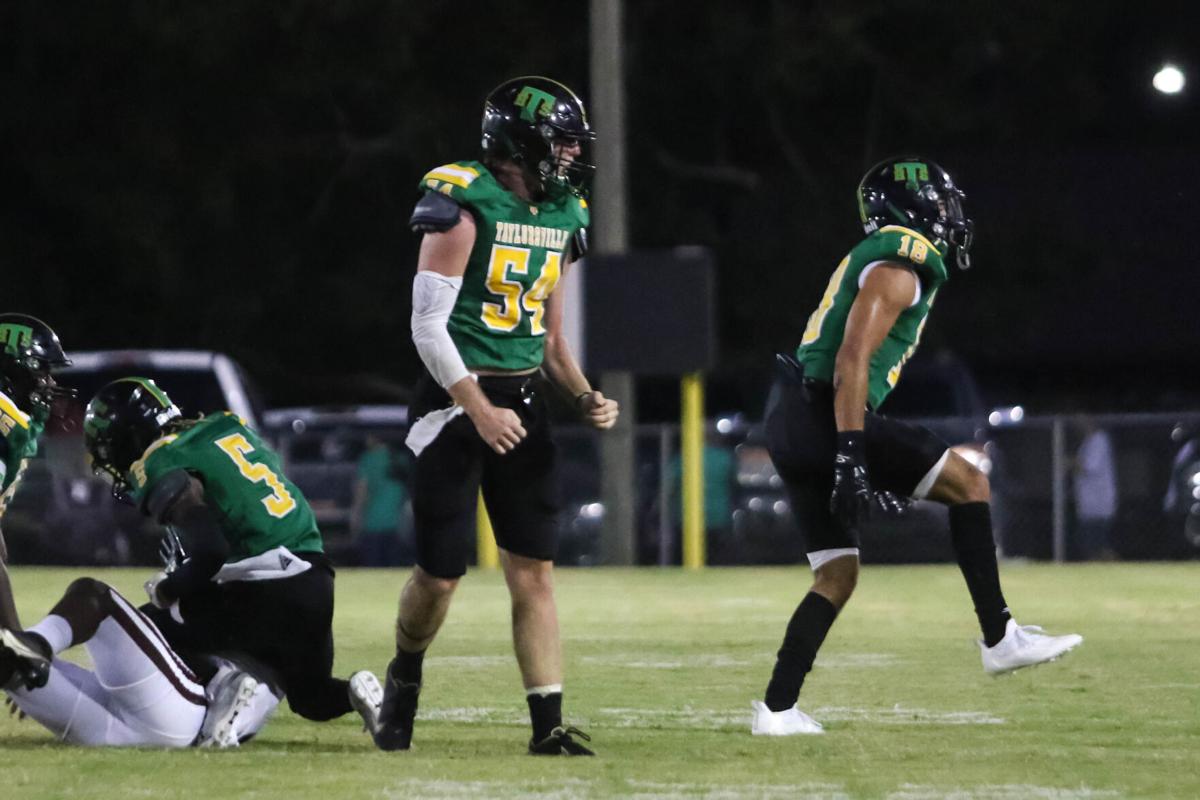 Taylorsville defenders react after a play against Raleigh Friday evening. 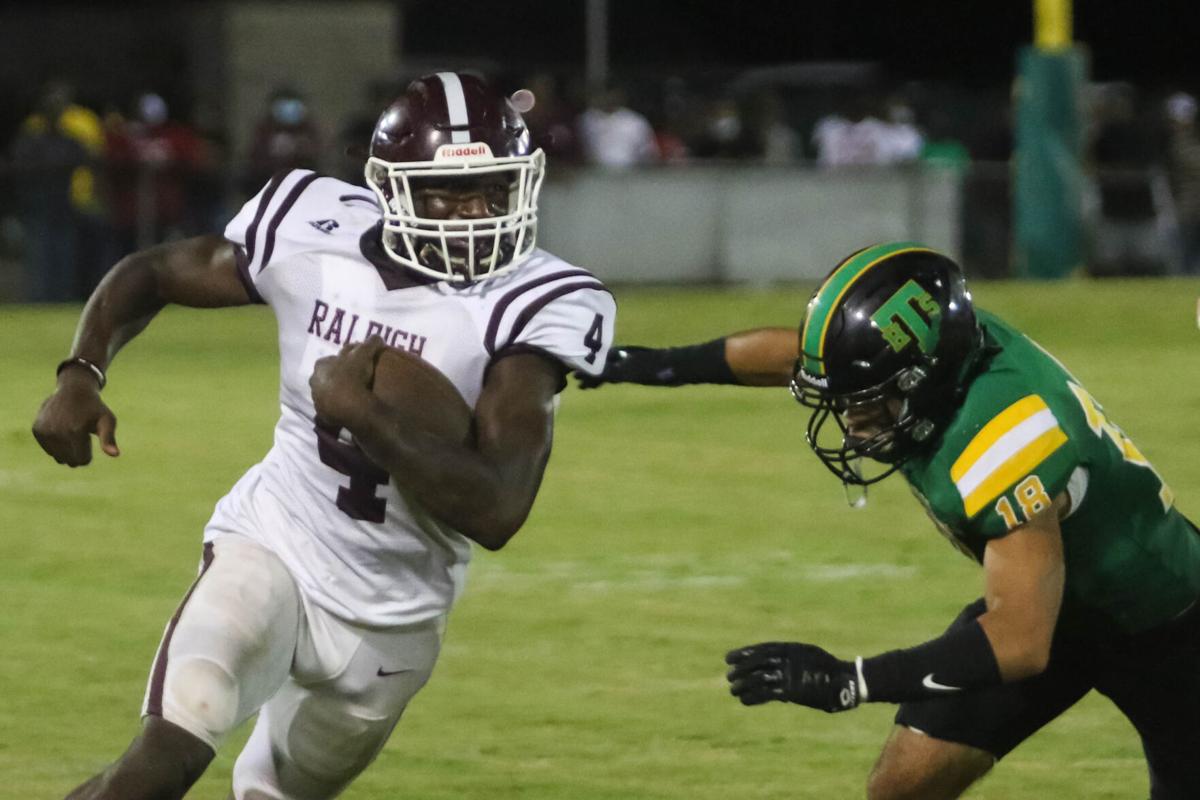 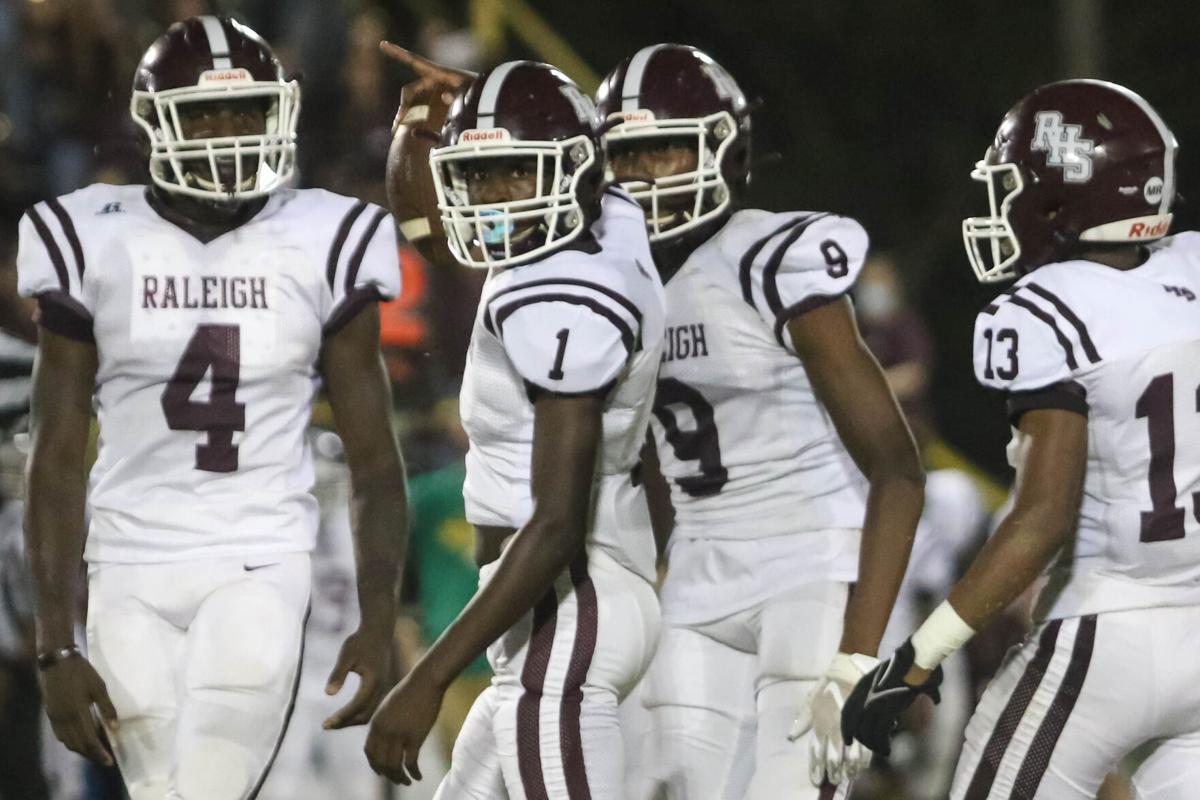 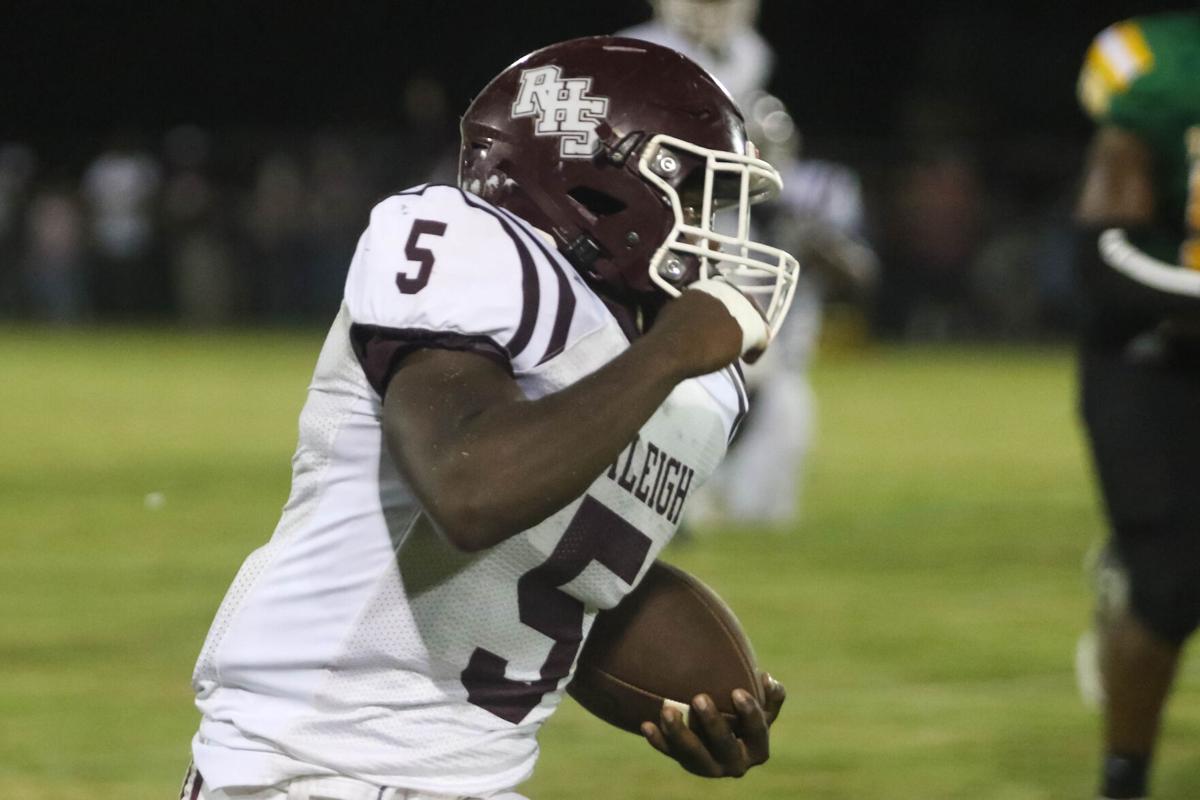 Taylorsville defenders react after a play against Raleigh Friday evening.

Growing pains for Taylorsville were likely expected in Taylorsville during the 2021 season, and Raleigh took full advantage of those growing pains, routing the Tartars 44-7 in the season-opener for both schools.

“We’ve been shut down a couple of weeks and this week was the first time we’ve had all of our guys back. On Monday, we came in and discussed how important it would be to dominate the football game on both sides of the ball. We had to jump on them early and not let up, then finish it,” said Raleigh head coach Ryan Higdon.

The Lions struck with their first touchdown of the evening as they took advantage of a bobbled punt return to get the ball on the Tartar 14. Jia'Vonte Jones put them on the board with a quarterback keeper from a yard out to go up 6-0 with 5:52 left in the opening quarter.

Taylorsville could not get going in the opening quarter as penalties halted drives before they could get started, however, things swung their way as Ford Eaton recovered a Raleigh fumble with just over five minutes left in the first quarter.

The Lions’ defense had none of it, forcing another Tartar three-and-out. The offense responded, driving down the field and capping off the drive with a 15-yard rushing score from Kyvryn Moncrief and a successful PAT to go up 13-0 with 10:57 left in the half.

Two Tartars interceptions - each hauled in by Jameon Page - kept the ball in the Lions’ hands throughout most of the quarter, and one more rushing score, a two-yard rush from Javarious Walker extended the Raleigh lead to 19-0 before halftime.

“At halftime, we talked about finishing things,” said Higdon. “We had to come out with the same intensity that we started with in the first half. I told them all see that we would make mistakes, but we had to play with great effort. I tell them all the time that a great effort will make up for mistakes.”

The second half was much the same as the first as the Lions did not look back. A pair of rushing scores from Suntarine Perkins and Walker extended the lead to 44-0 while Shamir Horne came up with a fourth quarter interception that put the game well out of reach.

“We are a deep football team and especially in the backfield. We have five or six guys who can tote the football. We did have some cramping issues tonight which shows that we have to get in shape.”

With less than two minutes remaining, Taylorsville sophomore Cobey Craft found a seam on the right side of the field to score from 78 yards out, keeping the game from being a shutout.

Higdon discussed how his team was a bit nervous after multiple weeks off due to players being quarantined and the district shut down all of the Smith County schools for two weeks.

“We had some shaky days in practice this week. We through a lot at our guys and were pressing them as a coaching staff, though. We decided to get back to the basics, keep it simple, and do what we do, and those things came out tonight. Our guys responded,” explained Higdon.

“It feels great to be back on the football field. The players and coaches were all eager to get out there. Even my wife was because she was ready for me to get out of the house too,” laughed Higdon.

Raleigh is expected to face Seminary next week on the road, while Taylorsville will play host to Lawrence County.