You are the owner of this article.
Edit Article Add New Article
You have permission to edit this article.
Edit
Welcome, Guest
Home
News & Events
Sports
Lifestyle
Obituaries
e-Editions
Circulars
Classifieds
Follow Us
Share This
1 of 7 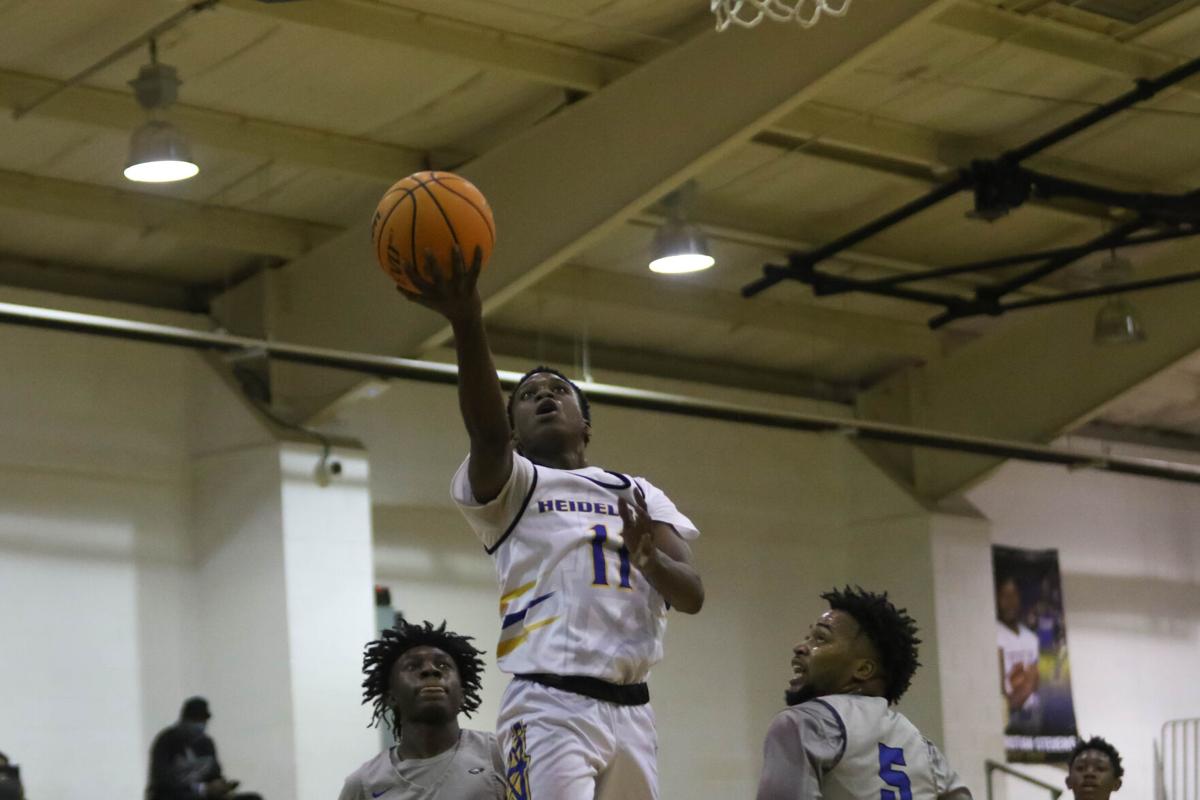 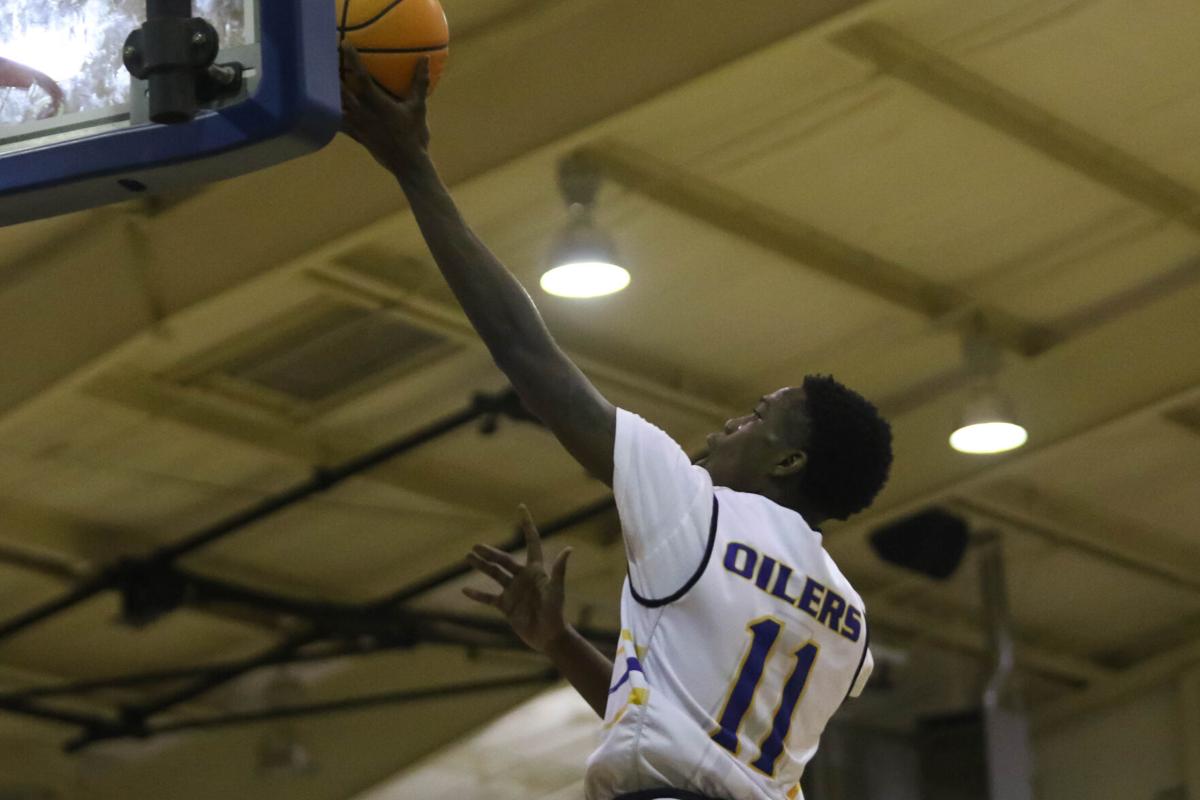 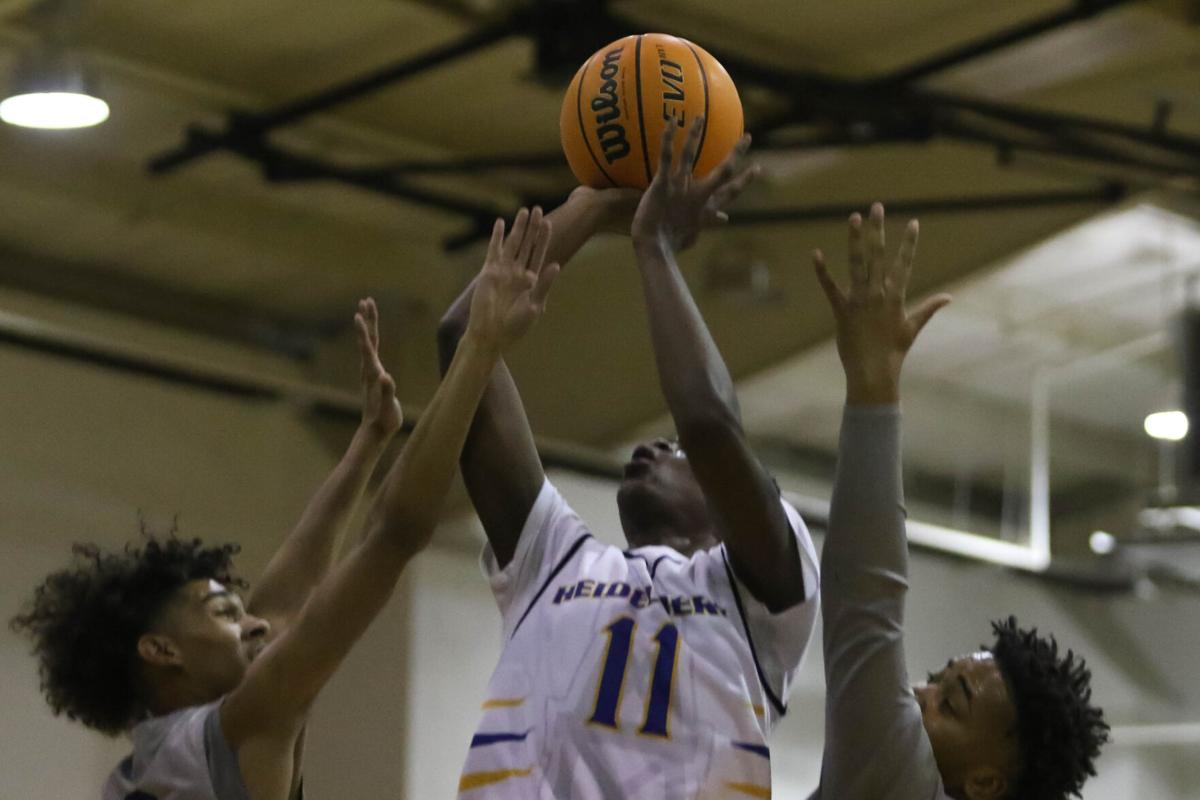 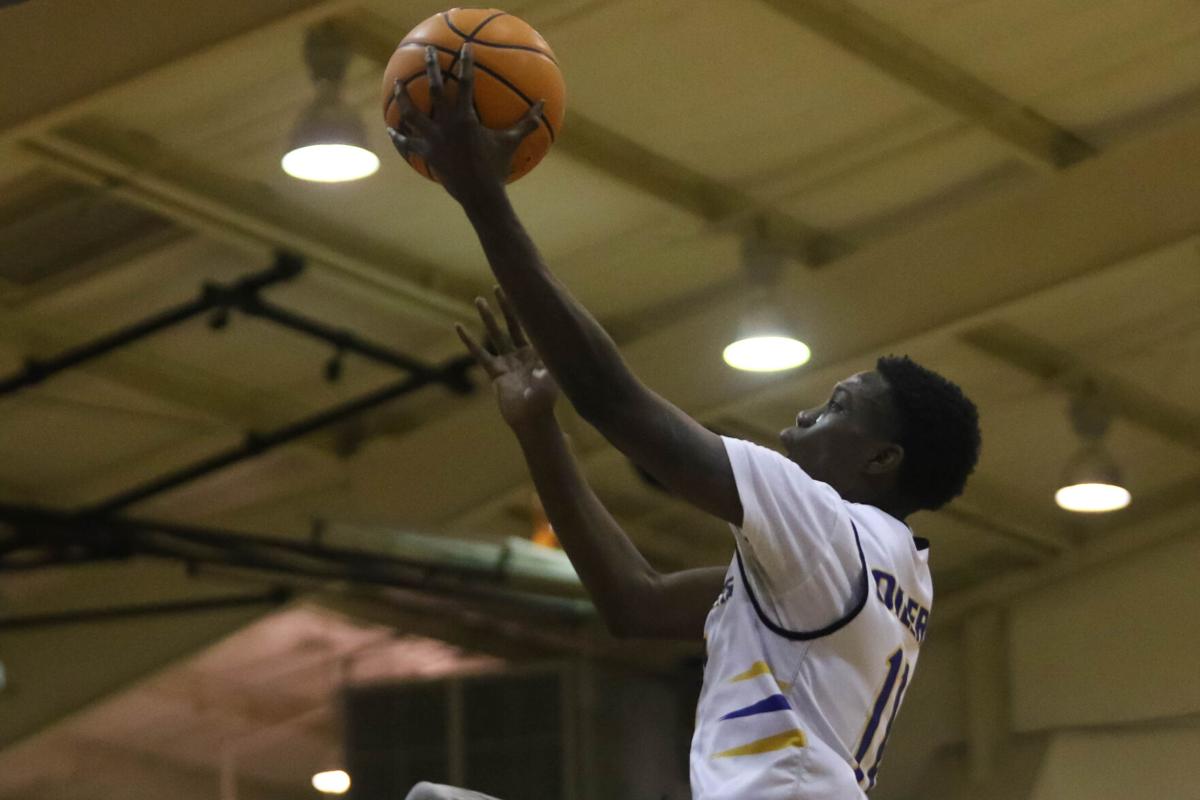 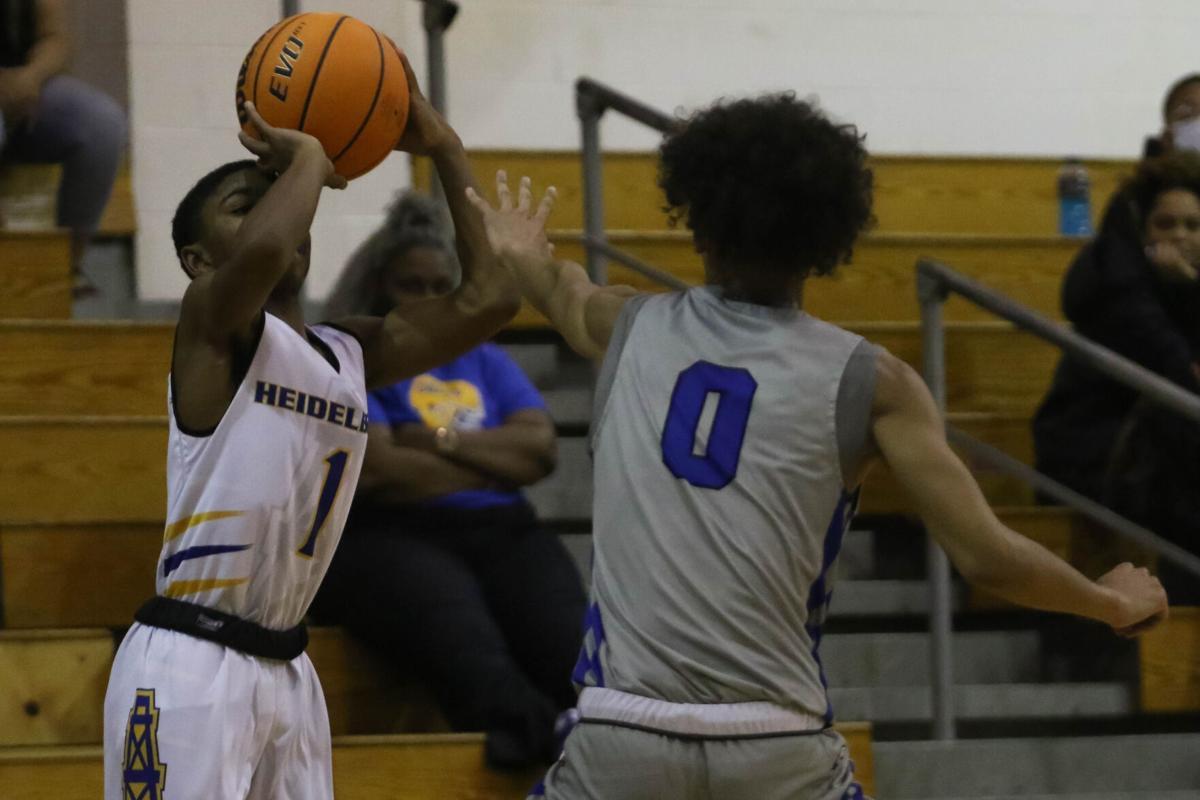 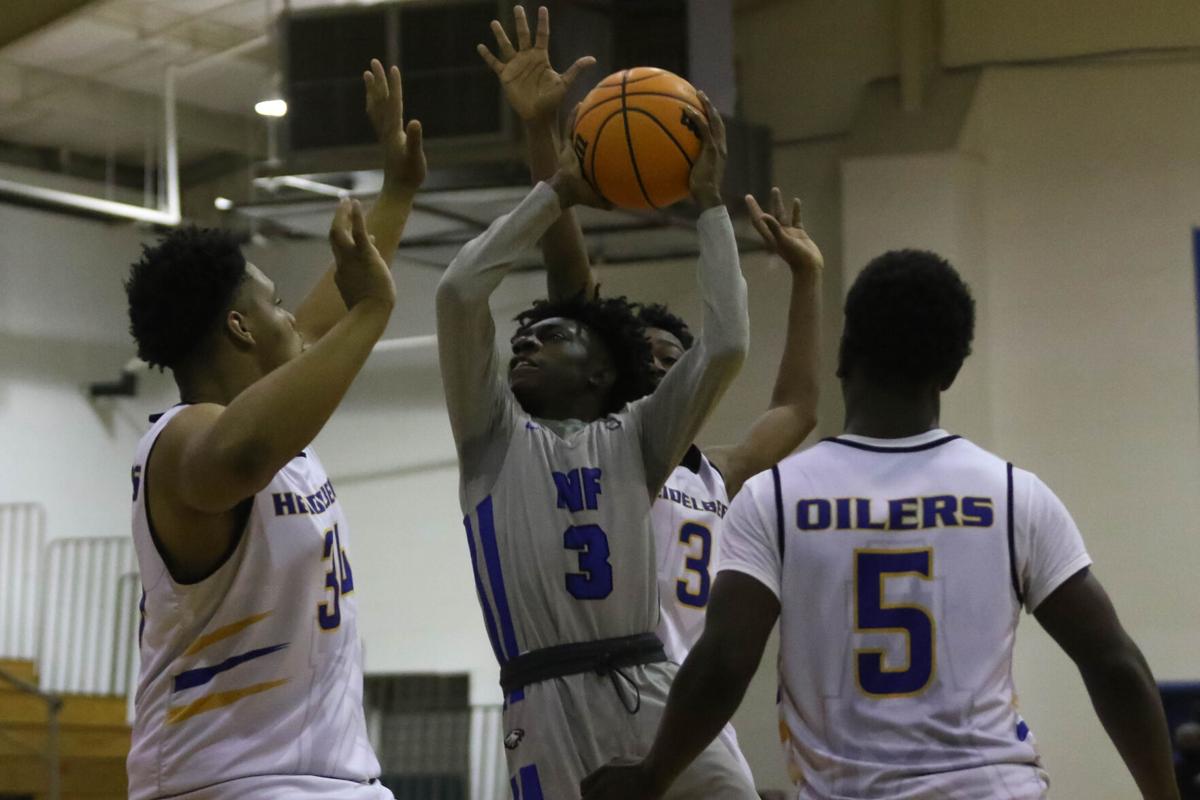 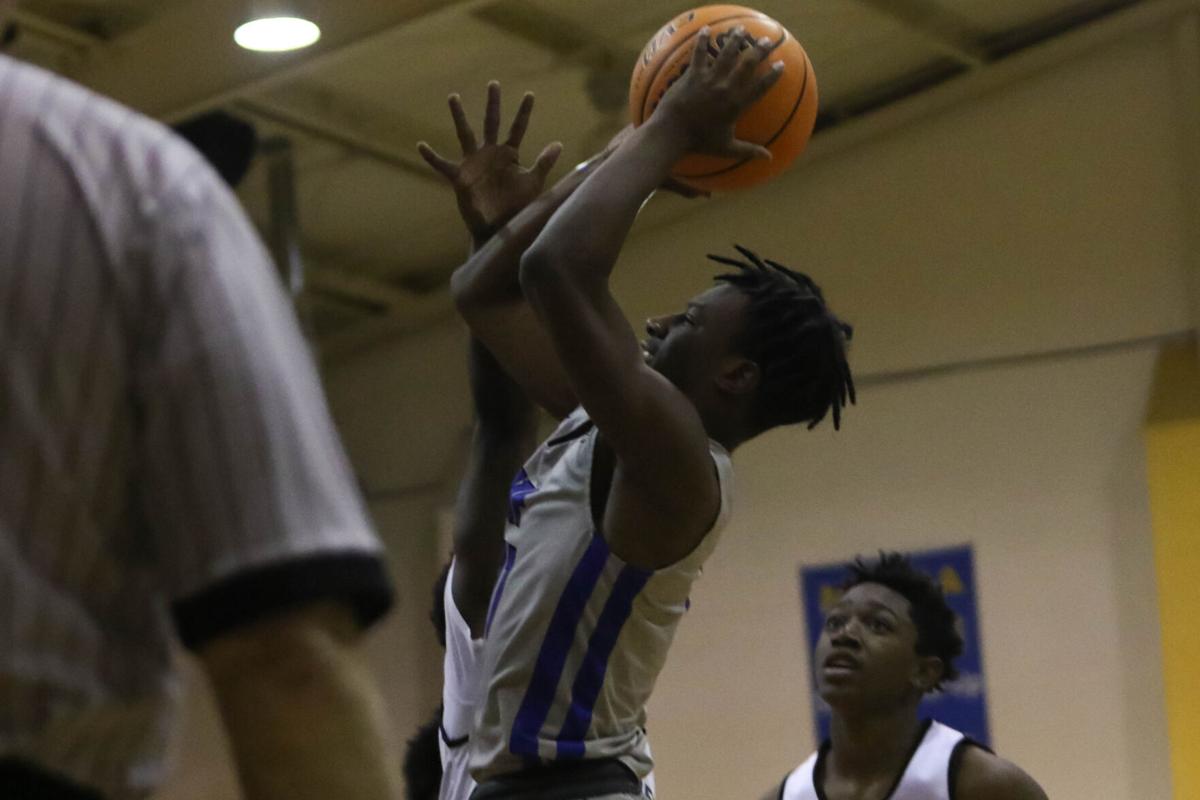 Senior Oiler Donovan Parker had been sidelined for the District Tournament. Heidelberg head coach Billy Wright said that he was eager to get back. Eager might not be strong enough of a word as Parker dropped 50 points in a 72-62 playoff victory over the North Forrest Eagles.

“He didn’t get to play any in the district round because of quarantine,” said Wright. “He was ready to get back and play. He probably should’ve made three or four more free throws to get over the hump [laughs], but he shot it well and you could see he came ready to play tonight.”

Both teams came out quickly in the opening period, with a couple of lead changes throughout. Heidelberg came out on top, leading 14-11 as the period came to an end with shots from Parker who opened the game with an and-one along with three field goals.

Parker’s excellent night continued into the second period as he connected on six baskets including three three-pointers, along with four free throws, giving him 19 points in the period. Still, the Eagles fought throughout, tying the game 22-22 as Michael Martin sank the tying basket.

The Oilers were able to go on a 15-5 run before the end of the period, though, to take the halftime lead over North Forrest 37-31.

Heidelberg controlled the third period, keeping a bit of distance between them and the Eagles, finishing the period up by 11, 57-46.

The fourth period was similar to the third, with Heidelberg holding a near double-digit throughout. Sophomore Jaylin Holloway for the Eagles fought to bring them within six, 68-62, with little time remaining, but Parker and the Oilers sealed the win key free throws to lead them to victory.

“Jaylin [Holloway] played a great game for them tonight. He stepped up for them, and North Forrest made some tough shots throughout the night,” said Wright. Holloway finished the night for North Forrest with 22 points. “They kept things close. Coach Loving is a good coach and they always give us tough games. We have been battling each other for years now, but I’m glad to get my lick in this time,” said Wright.

Wright also discussed the run his team has been on despite the hurdles of dealing with COVID among other things.

“We lost kids to ineligibility, transfers, and have had kids quarantined due to COVID, but I kept telling them that we are family and we would stick together. We played with five kids throughout the District Tournament, and we won and were able to get ourselves a home game, then hung with Bay Springs for a bit in the District Championship. These guys don’t quit. They do the small things right.”