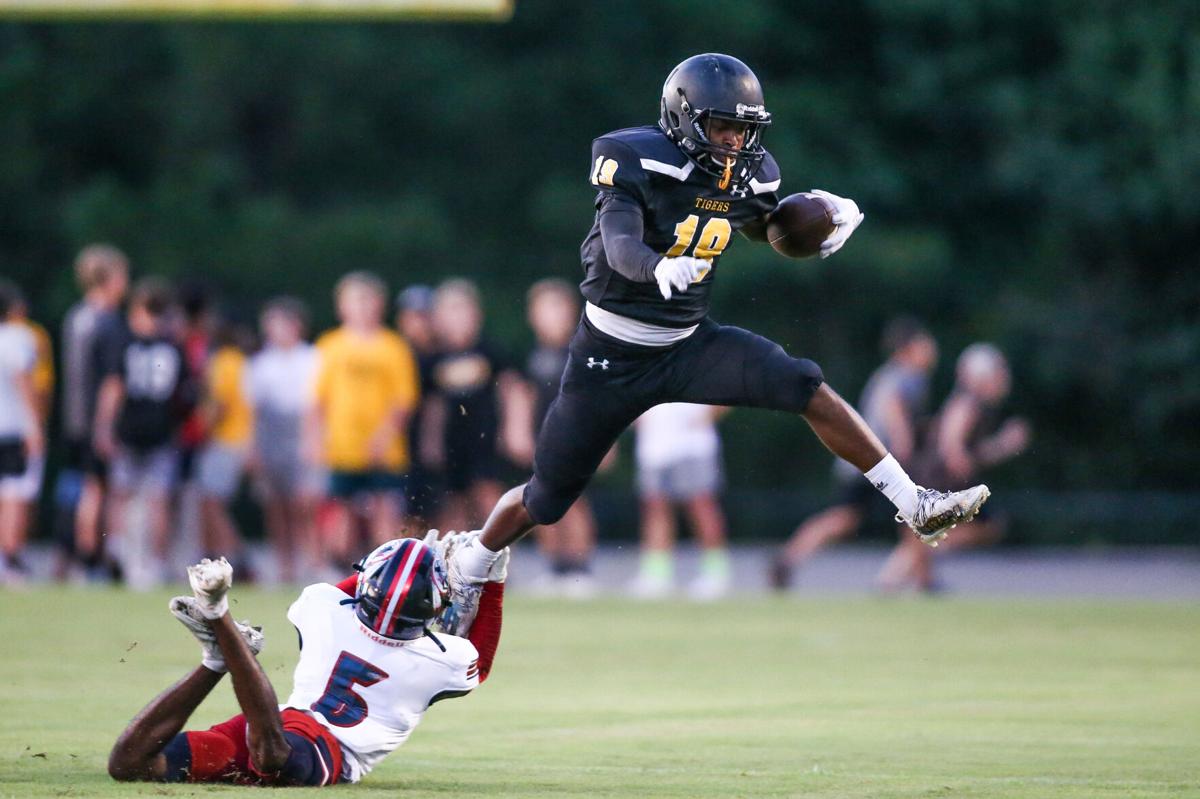 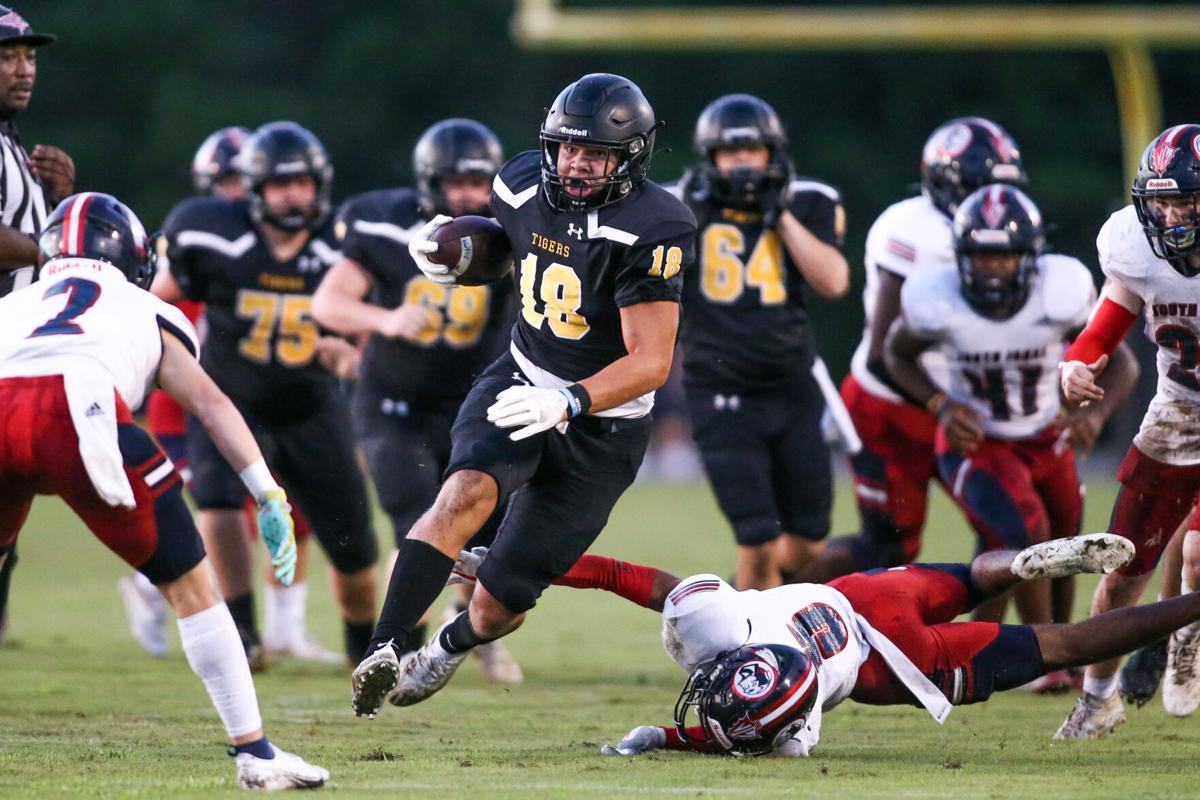 Zach Dyess runs for a long gain against South Jones.

Those are the best words to describe Friday night’s contest as Northeast Jones defeated cross-county rival South Jones 27-6 in The Jungle.

“These kids practiced hard and acted the right way in the lean years, and everyone struggled. Now, we’ve had a little success early in the year and honestly, it feels good. I’m so proud of the kids, coaches, and community. They work so hard even when we’ve struggled, now to see some positive results, I just can’t say enough good things about all these people involved,” said Northeast Jones head coach Keith Braddock.

Northeast Jones came out swinging from the start, forcing South Jones to punt on their opening drive, then slicing through the Braves defense to grab the early lead. A 41-yard run from Zach Dyess set up a seven-yard touchdown run from Caleb Bryant, then a two-point conversion gave the Tigers an 8-0 lead with 7:37 remaining in the first quarter.

Another touchdown run near the start of the second quarter, this time from 21-yards out as Dyess found the endzone, gave Northeast Jones a commanding 14-0 lead. Their second try at a two-point conversion was no good.

To see a photo gallery from tonight's game, click here.

“I thought it was big,” said Braddock about the explosive plays early in the contest. “We always want to be the most physical team, and we are doing that. Coach [Ryan] Milner and coach Cochran in our weight room have given us that physicality. Even against a great West Jones team, we were able to do that. We might not have been able to catch them [laughs], and they wore us down, but I thought we played tough then too.”

South Jones’ Luke Griffin connected with Ashton Magee with nine seconds left in the third quarter to close the gap to 27-6. That score would be the Braves’ only score of the night. Their two-point try was unsuccessful.

“I didn’t have us ready to play, and obviously, Northeast Jones was,” said South Jones head coach Todd Breland. “Their kids played hard all night. They played a bit faster than us, were coached better than us, and executed better than us. We will learn from it, and it is part of the learning process. That’s one thing about the kids, they kept fighting till the very end. They never quit and it is something that we can build off of.”

“That’s a good football team,” said Braddock about South Jones. “They have playmakers on offense and some on defense. I can’t say enough about their team and the class they showed tonight. When you’ve done it as long as me and Todd [Breland] have done it, you see the highs and lows. You have to treat people with class or it’ll come back and get you, and they did that tonight.”

“Mason Moss has done a fantastic job as defensive coordinator. Ronnie Cochran and Charlie Fall coaching the secondary and defensive line, that group has done well. Some kids have played since the ninth grade and they are hungry. They play with a chip on their shoulder. I can’t stress enough how proud I am of our staff,” added Braddock about how well his defense played.

Northeast Jones improves to 3-1 overall on the season and will travel to East Marion next week. South Jones falls to 2-1 and will be on the road against Wayne County next Friday night.

“We have so many kids that can step up, but we have a long way to go. We are making our way there, though. Going into district play, you want to hit your stride, then peak once the playoffs start. If we can keep playing the way we played tonight, that will happen,” said Braddock about district play.