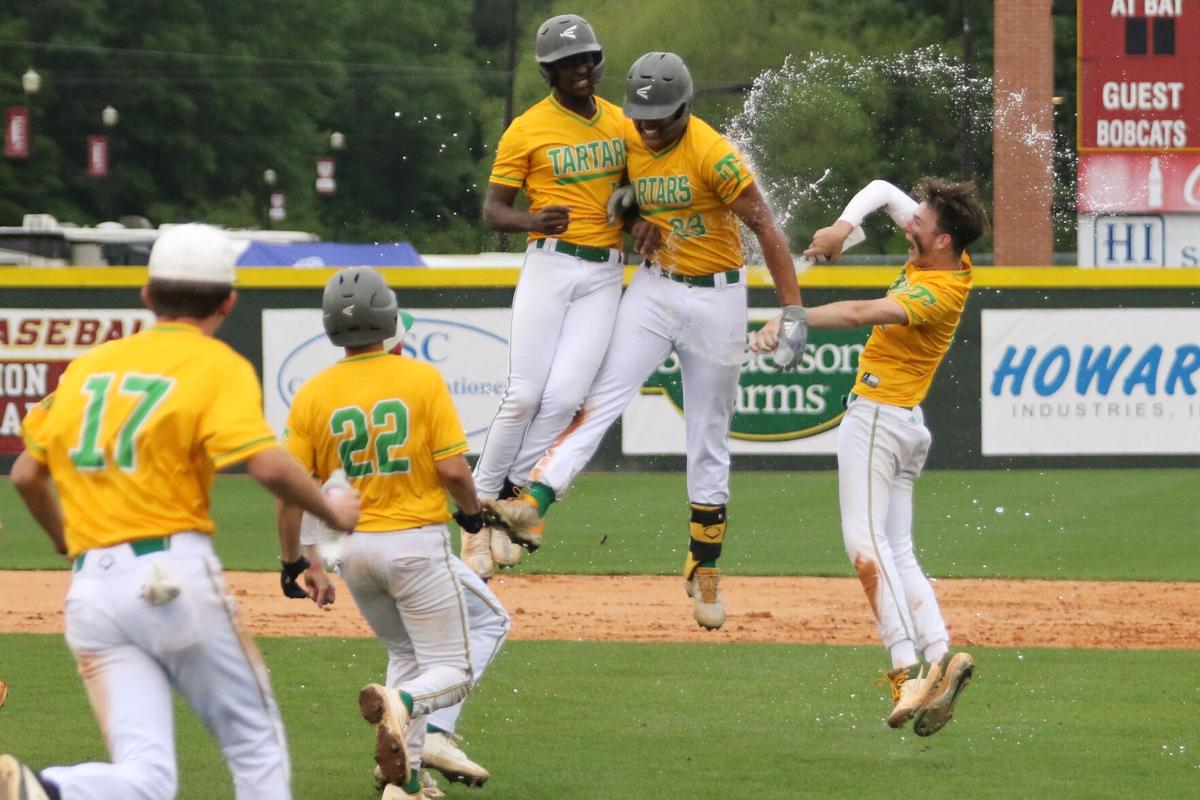 Aiden Moffett’s walk-off hit along with Karson Evans who threw 13 strikeouts in eight innings downed Enterprise 3-2 to take the lead in district play. 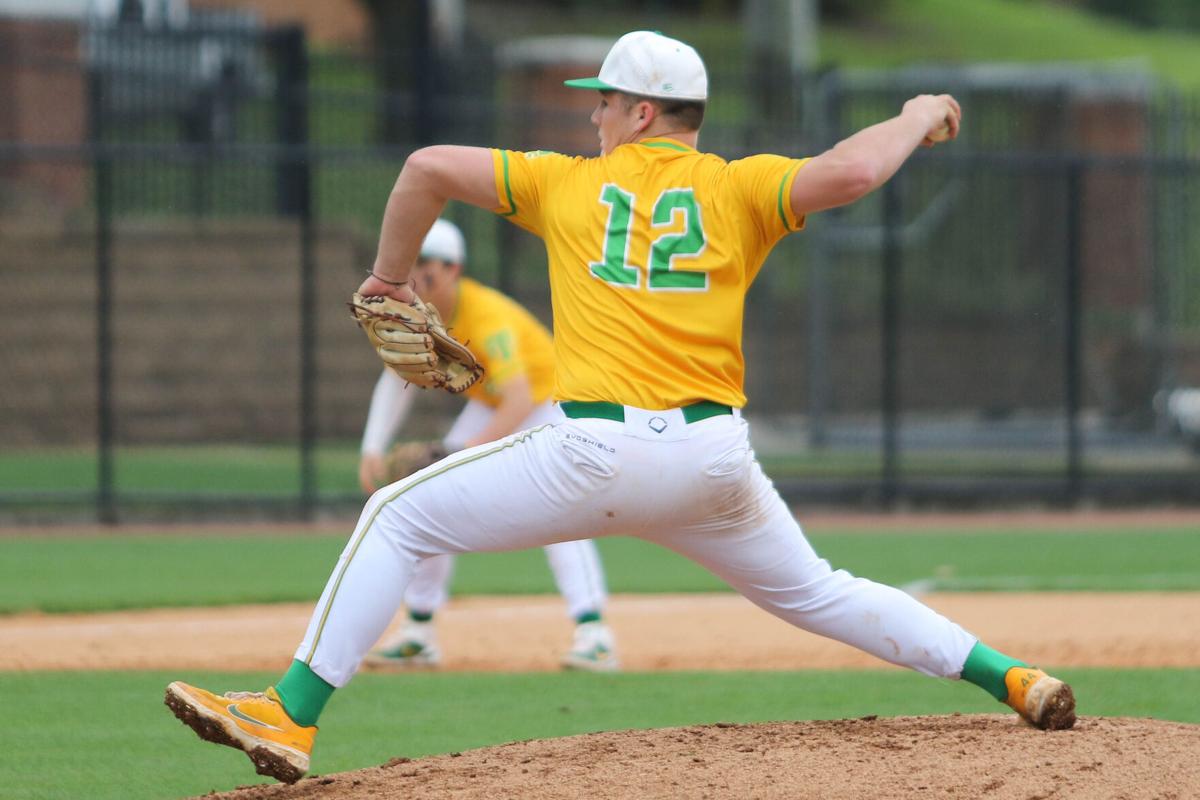 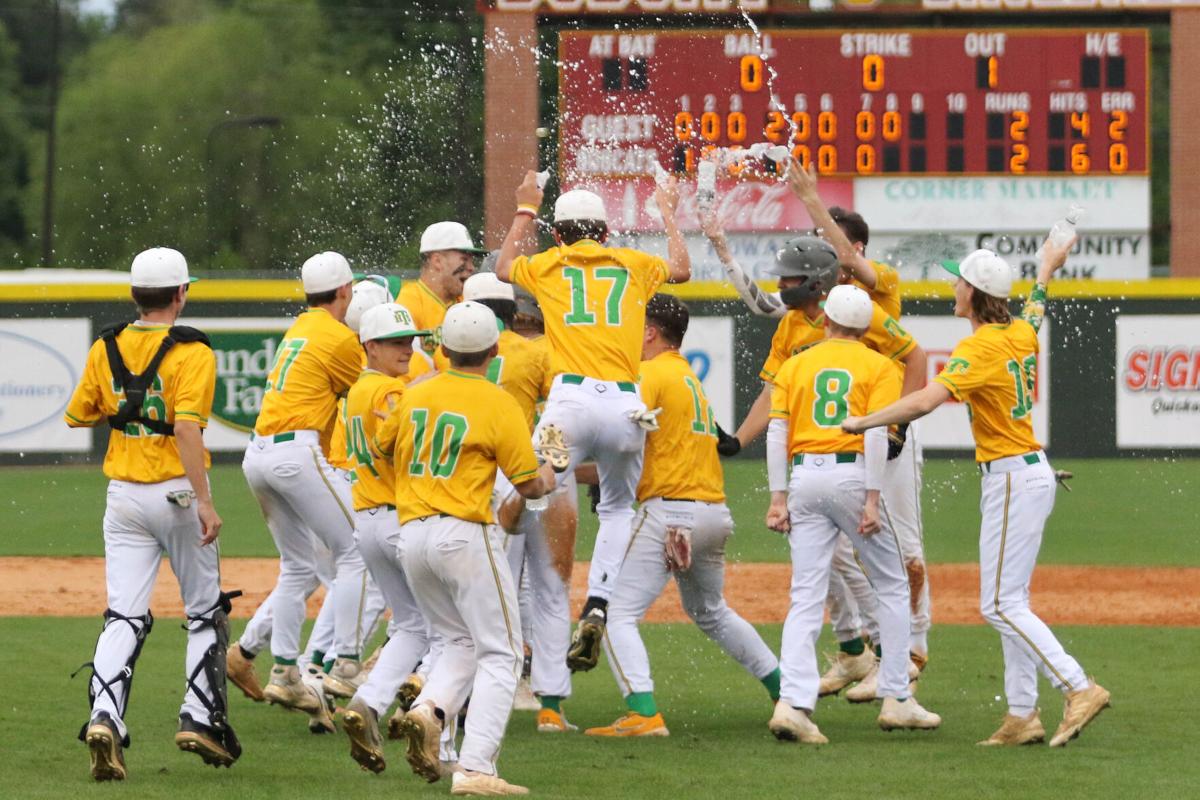 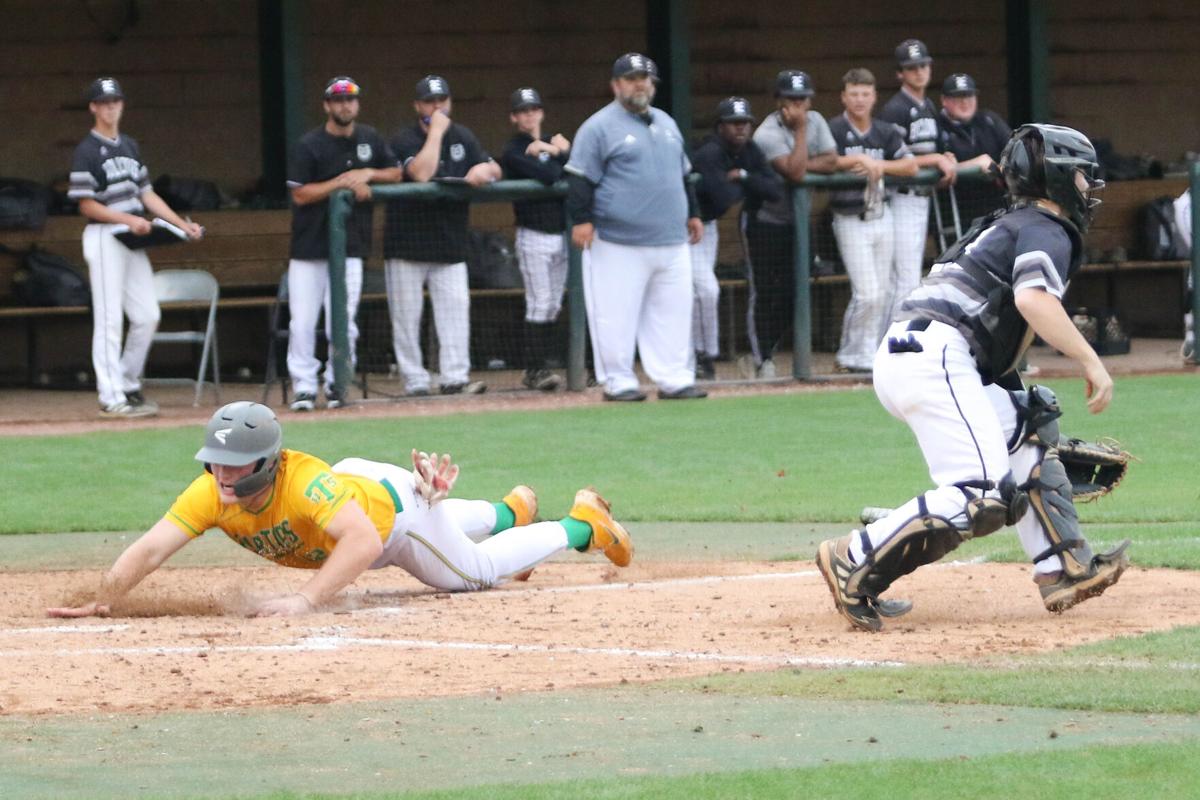 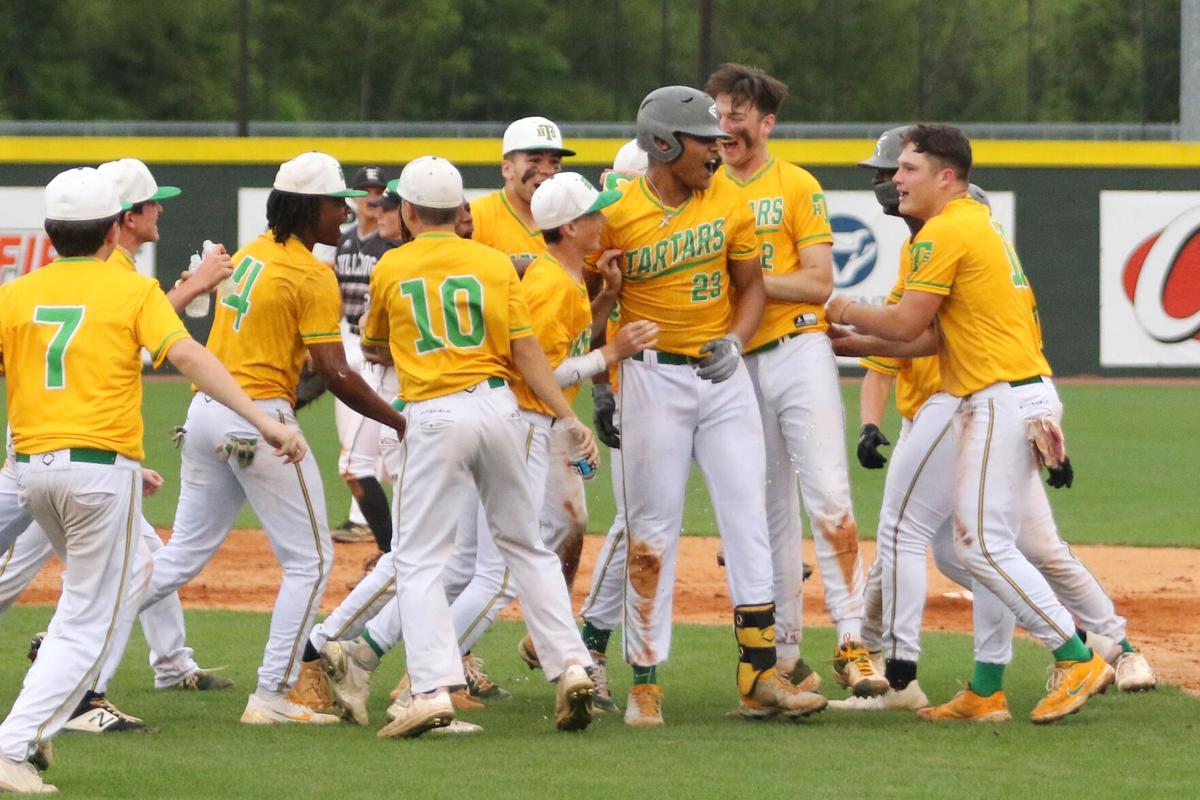 Aiden Moffett’s walk-off hit along with Karson Evans who threw 13 strikeouts in eight innings downed Enterprise 3-2 to take the lead in district play.

Hits were few and far in between Thursday at Jones College where Taylorsville and Enterprise squared off, but the sixth hit for the Tartars proved to be the dagger as Aiden Moffett’s walk-off hit along with Karson Evans who threw 13 strikeouts in eight innings downed Enterprise 3-2 to take the lead in district play.

“My guys competed their tails off tonight. We got our lead-off guy on, but their catcher made a heck of a throw and got us out. I think that’s the first time Kelby [Jordan] has been thrown out in two years. We stayed focused, got the next guy on, Ty got a big hit, and Aiden finished the game. I looked right at him before he went to the box and said ‘win the ball game’ and on the first pitch he won the ball game,” said Dusty Hillman about the final inning.

“You have to give a lot of credit to Karson. He goes out there and throws eight innings while staying under his pitch count. That’s big time. When the last guy came up, he had three pitches left and he struck him out in three pitches. He had a great day on the mound today,” said Hillman.

Taylorsville struck first in the contest as Ty Keyes popped up a sac-fly to center, driving in Kelby Jordan to give the Tartars a 1-0 lead.

Enterprise fired back in the top of the fourth as Daniel Swain singled, bringing in Jake Shelby to tie things up. A sac-fly from Ridge Kidd gave Enterprise the 2-1 lead as Jagger Whitaker scored.

“We made some mistakes behind Evans defensively that cost us on the runs that they scored. Our kids battled back, though. We hit a ton of balls on the nose today that they caught. In a big park like this, you have plenty of room to move around. Ty Keyes hit a ball early in the game for a sac fly. In any high school park we play in, that ball is way out. Aiden hit one to right field, and it was a laser, but they were able to run it down. We barreled some balls, four or five that I know, but that is just baseball. Credit to them,” said Hillman.

Taylorsville tied things up in the bottom of the fourth when Tyler Booth hit an RBI single to bring in Evans.

Neither team could put across the winning run in seven until Moffett’s walk-off in the bottom of the eighth.

Jake Shelby went 6.1 innings for the Bulldogs, striking out two, while giving up three hits. Camden Ivey came in in relief, pitching one inning. He gave up three hits and the eighth inning run.

With the win against Enterprise, Taylorsville will head into next week squaring off with Mize to attempt to clinch the district title.

“We have Mize and they have Puckett, so we will roll into Mize next week in a big county rivalry. That one will be a fun one.”