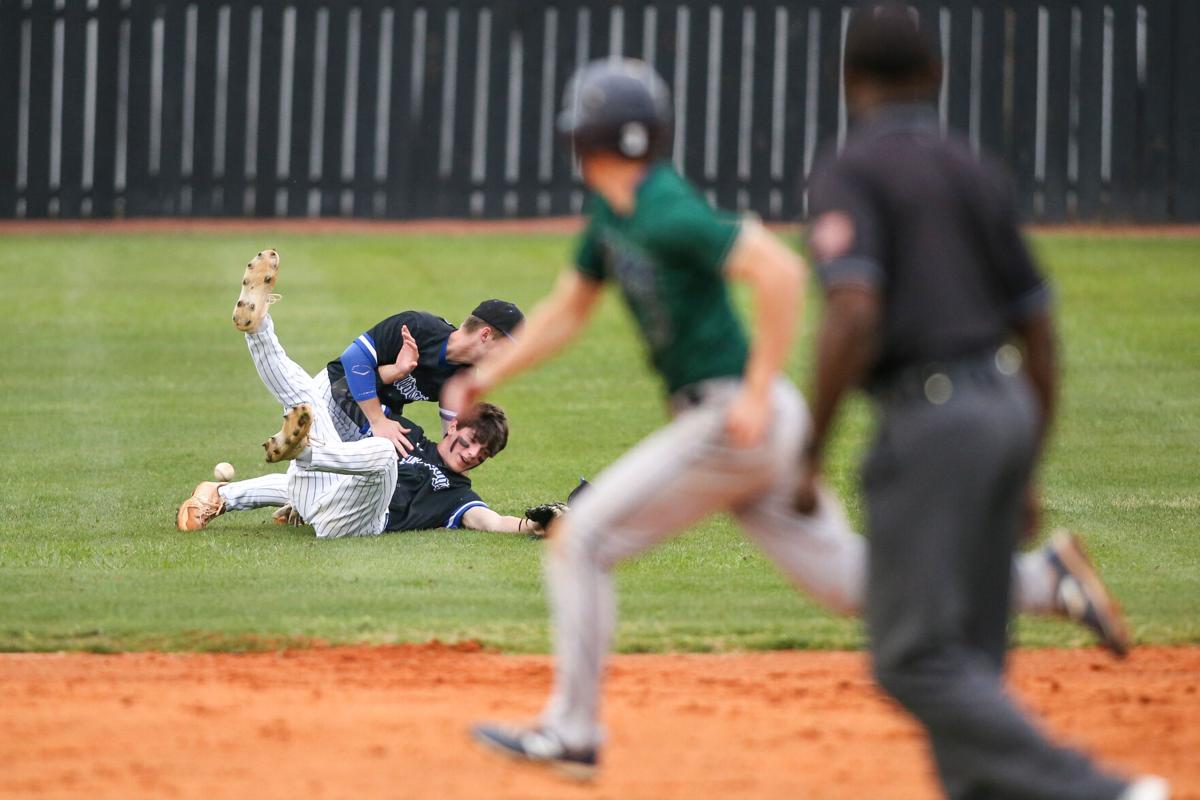 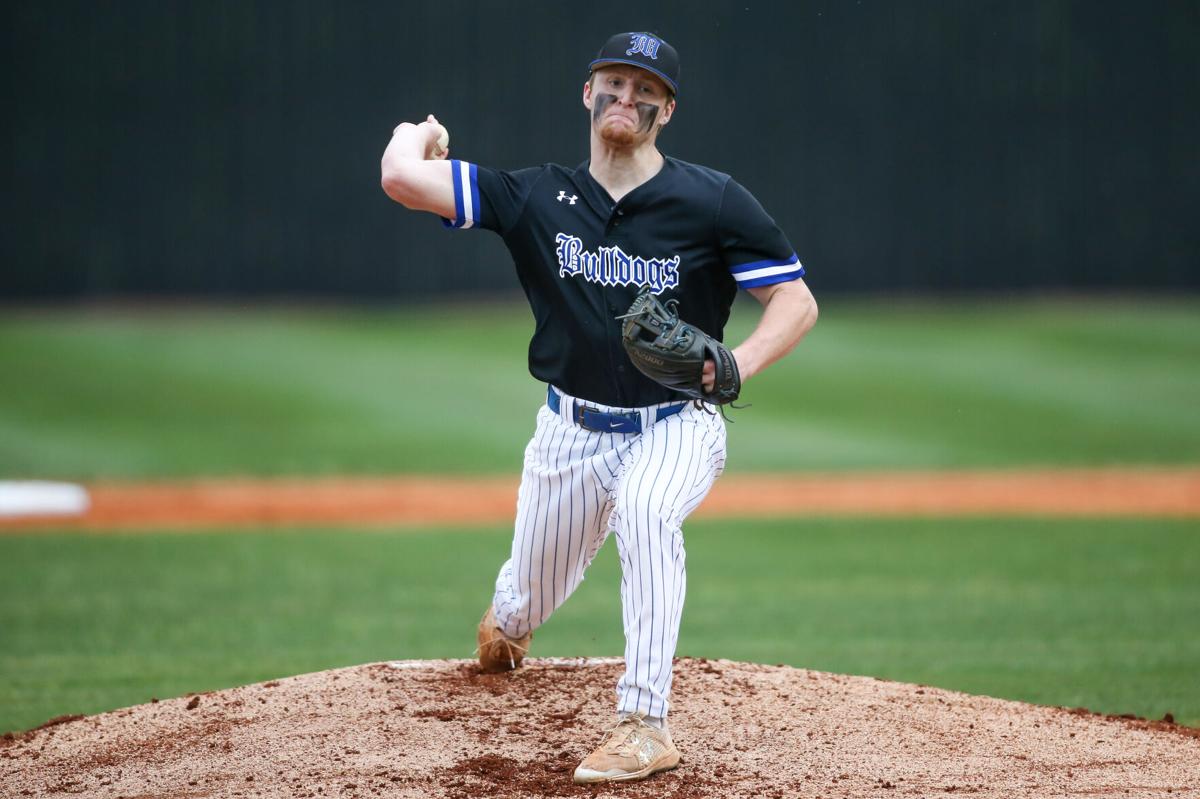 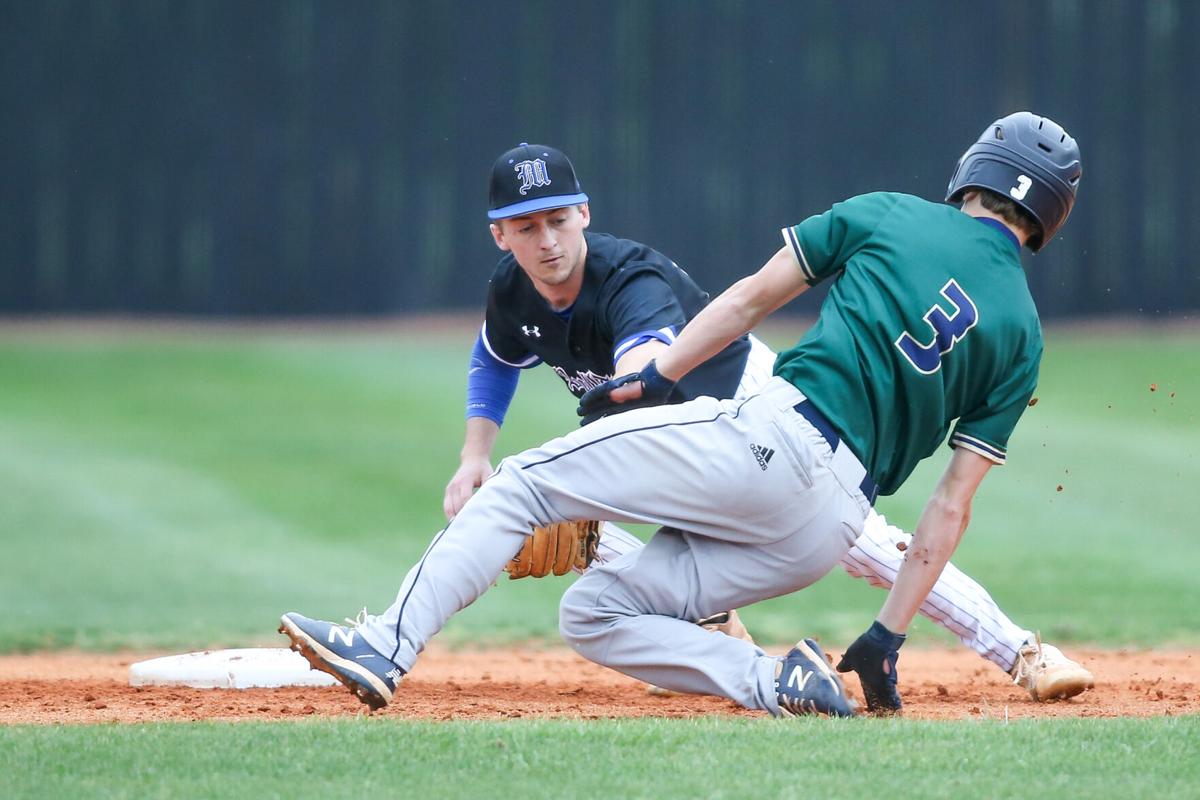 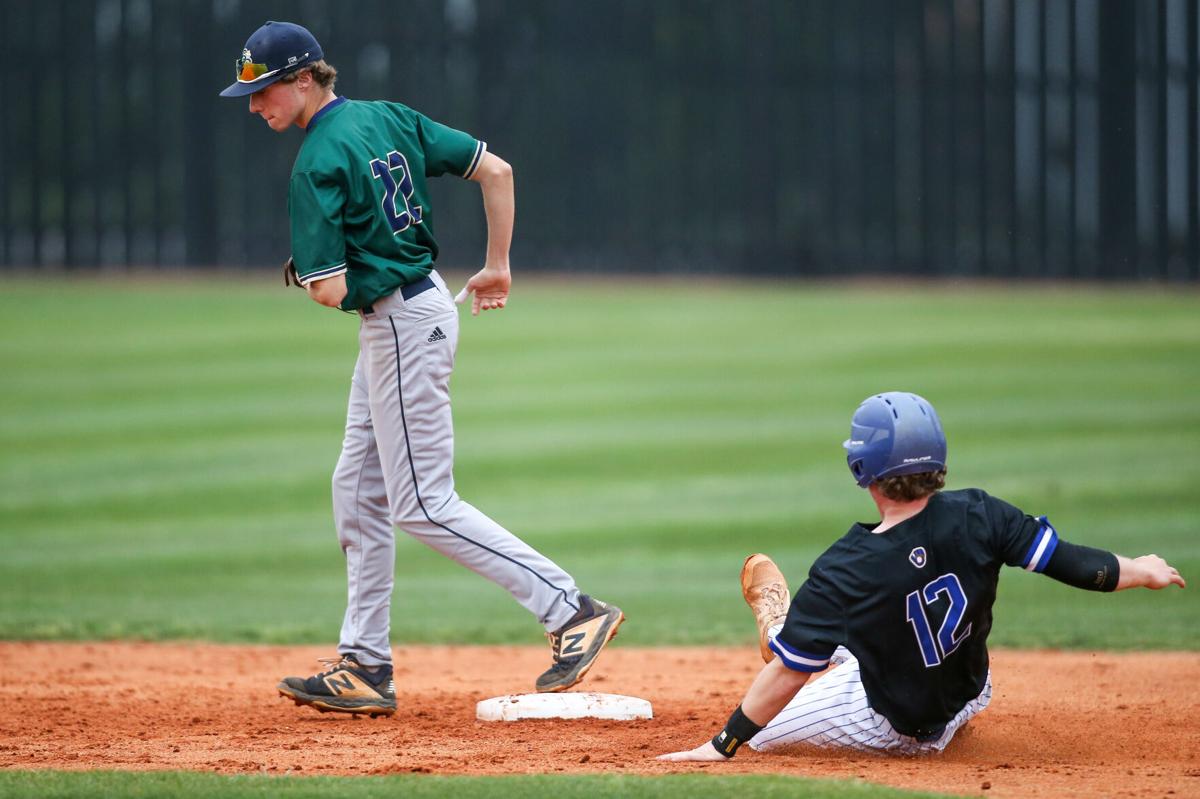 Mize's Ashton Vancleave slides into a force out against St. Patrick Friday night.

Mize's Ashton Vancleave slides into a force out against St. Patrick Friday night.

St. Patrick used multiple run innings - including a five-run fifth - to even the Class 2A first-round playoff series against Mize Friday night. The Fighting Irish defeated the Bulldogs 11-1 in a five-inning contest.

"To sum it up, I feel like we were a little overconfident given last night's game," said Mize baseball coach Adam Dyess. "We didn't have our heads where they needed to be. The result was St. Patrick hit the ball all over the park. They are a quality ball club, and I tip my hat to them. We knew that going in, and our players were informed of that, but now they believe it.

“I do think our guys played hard, but when you play cavalier against a quality opponent, you’re going to be misaligned defensively, you’re going to take some questionable takes and swings at the plate, and you’re vulnerable. And tonight we were.”

"Brady is a quality ballplayer, and we have a lot of confidence in him," said Dyess. "But he didn't have his best stuff tonight. He got himself into a few jams here and there. We had some misalignments behind him that certainly didn't help, so I think he tried to shoulder the burden himself and started to press. And when he pressed, he began to struggle with his command. When that happened, things got away from us.

"But I'm not putting that on Brady. I think he tried to shoulder the game by himself and felt like he had to do it by himself. Overall, I'm not displeased with Brady. He didn't have his best stuff, but I tell you what he did do — he competed hard. I look forward to the next game that I can put him on the mound."

Jacob Hough entered the fifth in relief for Little with no outs and two St. Patrick runners on base, giving up two earned runs on three hits.

Mize evened the contest 1-1 after a one-out single to right field from Tanner Speir in the bottom frame of the first.

The Bulldogs stranded a total of eight on base against St. Patrick, including the bases loaded in the bottom of the fourth.

Starting pitcher and St. Patrick ace Jackson Kostmayer tossed a complete game, allowing the one earned run and striking out 11.

“Coming into tonight, we knew we had to eliminate the big inning because we were going up against a quality arm in Kostmayer,” said Dyess. “I assumed we’d get more than we did, but that goes back to the approach we didn’t have at the plate.”

"Offensively, we completely abandoned our approaches that were working so well lately," said Dyess. "It was not by design, and it certainly wasn't our game plan, but we did abandon it, and I'll take responsibility for that."

“I do think we’ll respond well to what went on here tonight,” said Dyess. “I’m proud of our ball club through the year. We’ve underperformed at times, but typically we’ve responded. So, I’m anxious to see how we do that tomorrow night. I don’t think we’ll fold.”