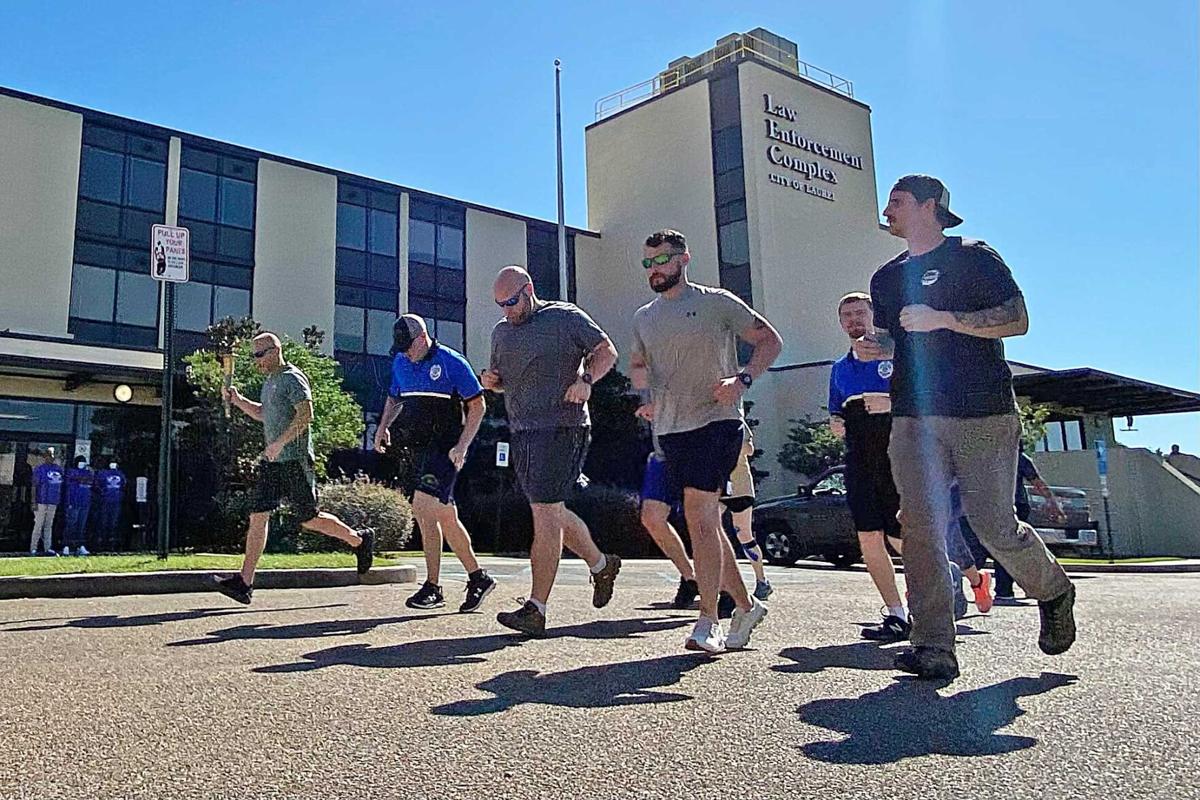 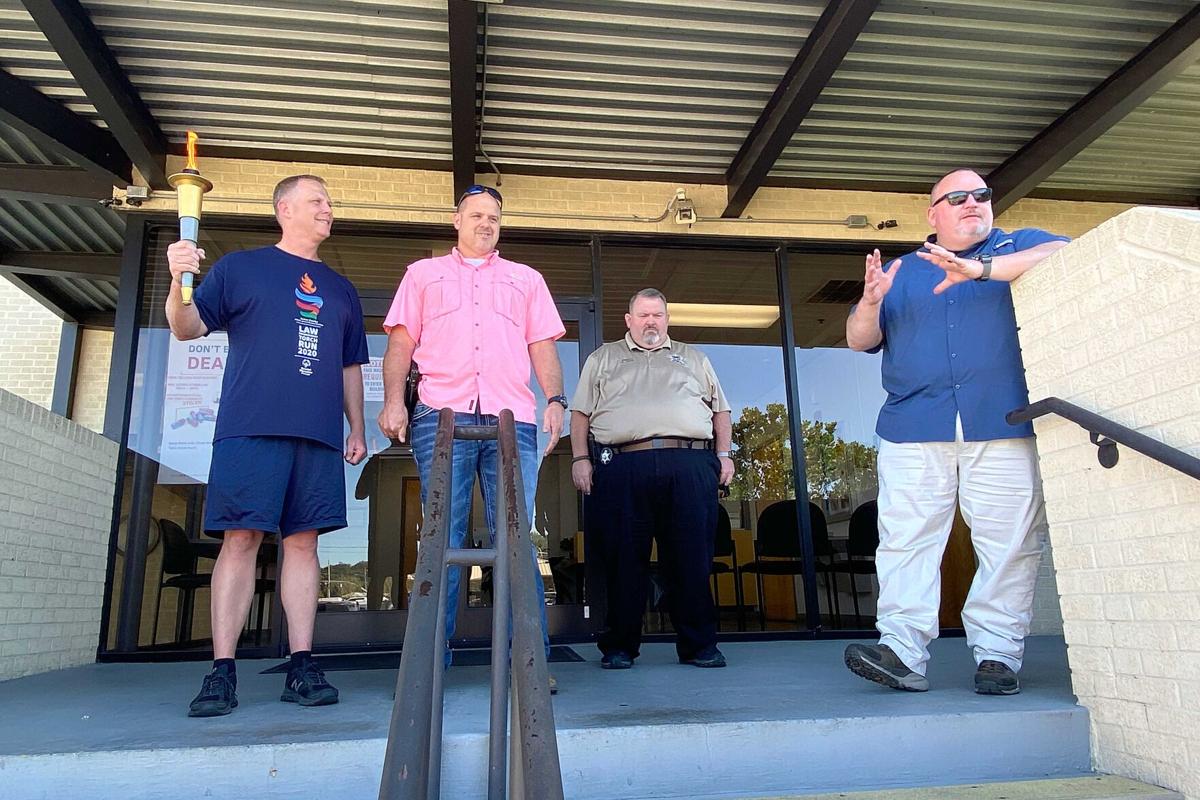 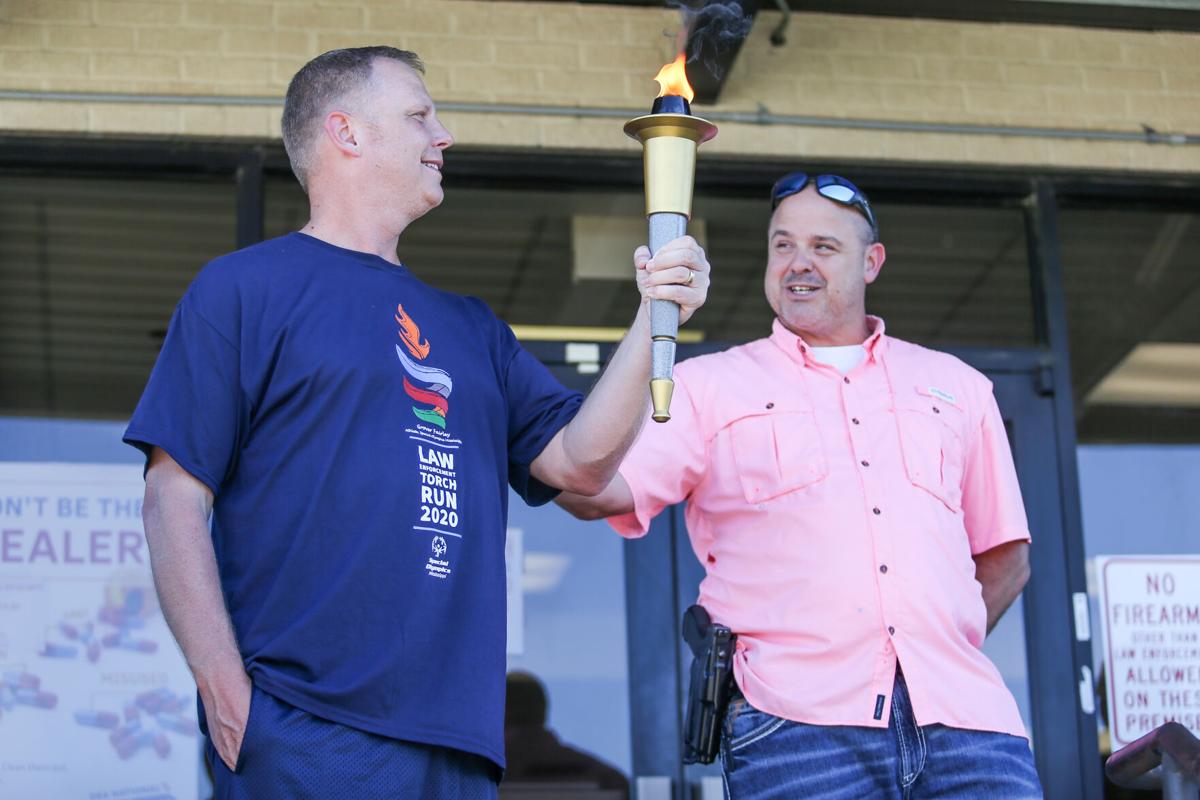 “We want to thank everyone for coming and the ones taking part in this,” stated Chief Cox. “Everyone is always welcome to the Laurel Police Department.”

Chaplain Curtis Pitts led off with prayer prior to the event.

“We are out here today to show our support of the Special Olympics with this torch run,” said Sheriff Berlin. “We have several deputies who volunteered to take part in the run. We hope they have a great time.”

“I want to thank everyone who is running and taking part in this today,” said Chief DeBack. “We are the guardians of the flame. This is a flame of hope.”

Chief DeBack stated that they raise awareness through events such as the run, and they raise money for the athletes and the programs. According to the Assistant Chief, the Torch Run takes place in over 50 communities across the state and includes over 250 officers who participate in various agencies.

“It is an honor [to do this]. The inspiration we get from seeing the athletes compete, there is nothing like it. Take pride when you carry the flame,” added Chief DeBack.

The officers and emergency personnel jogged through downtown before ending at 5th Avenue.

The Special Olympics’ State Fall Games will be held at Camp Shelby on Saturday, October 23.