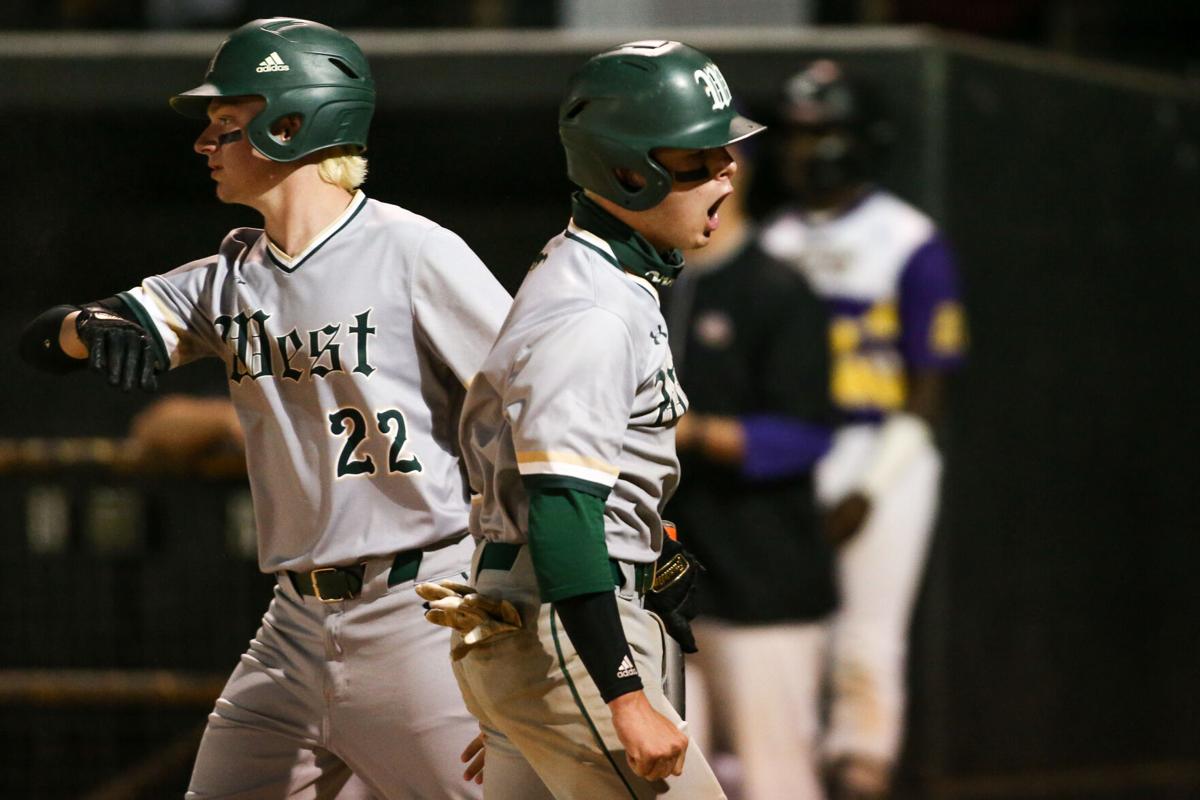 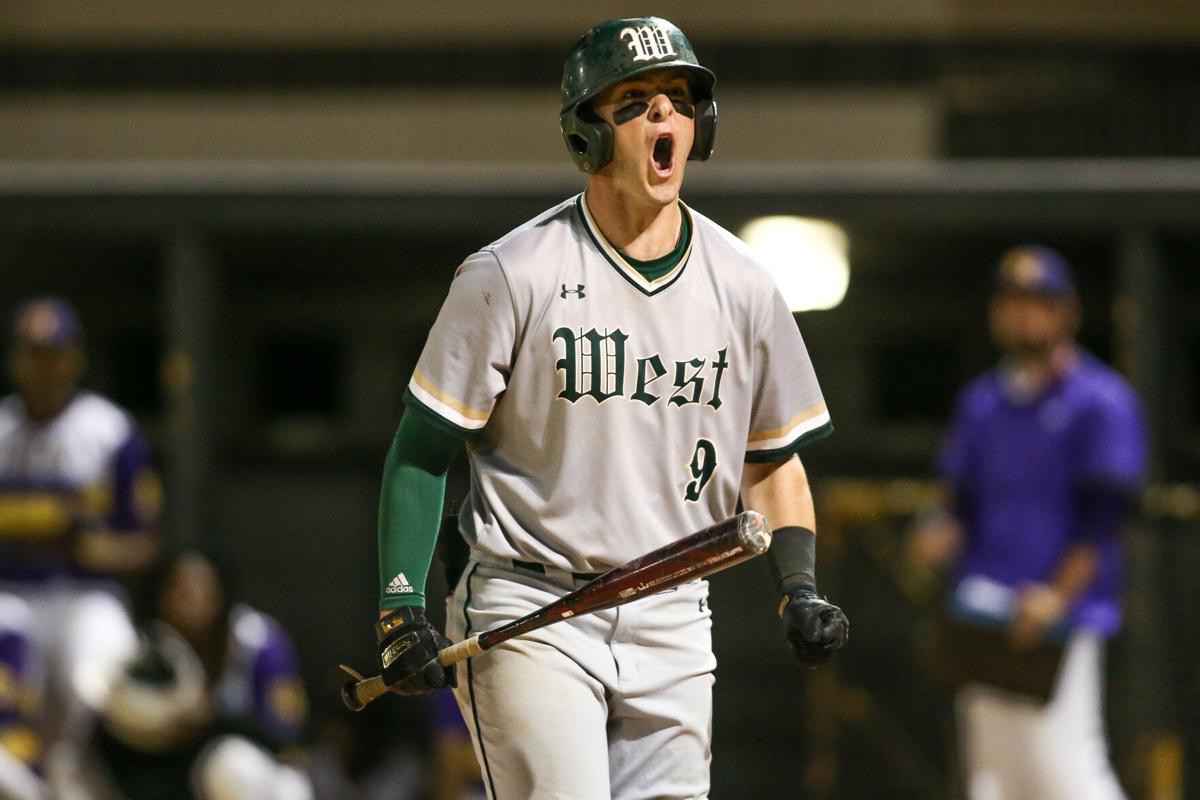 West Jones' Cole Tolbert reacts to getting hit by a pitch on Friday night. 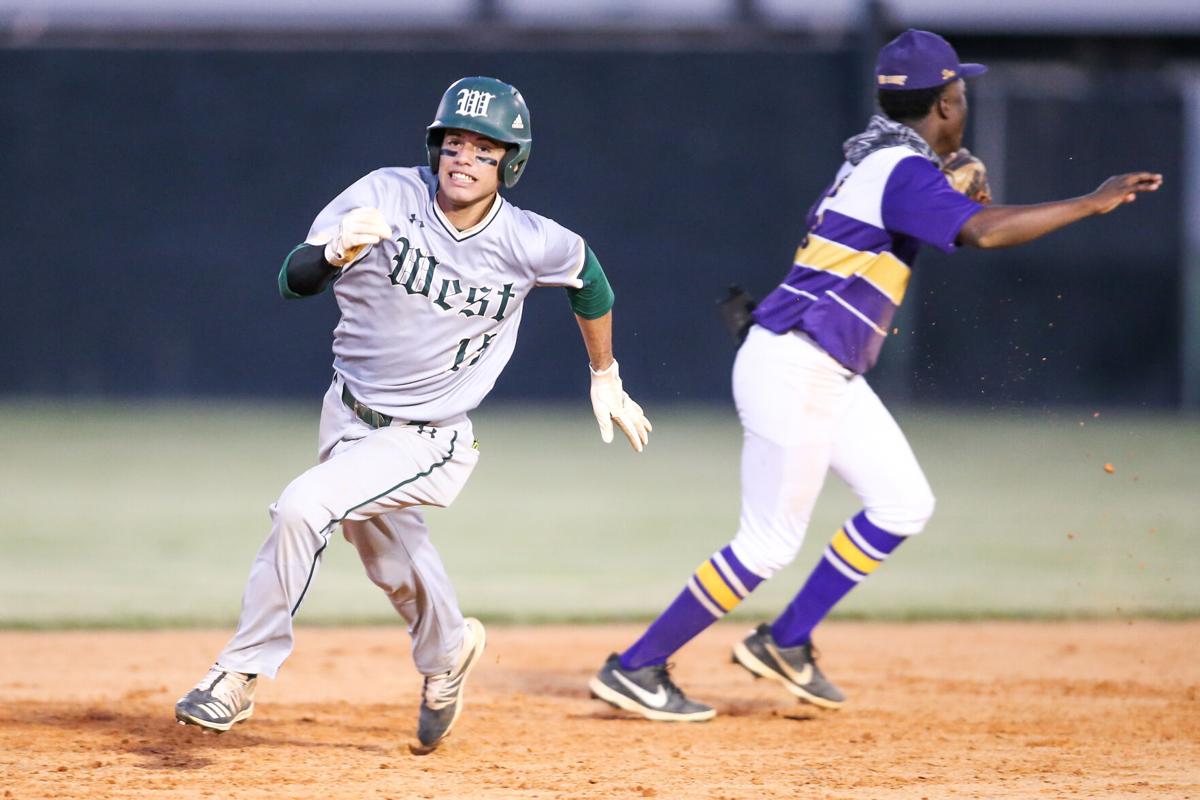 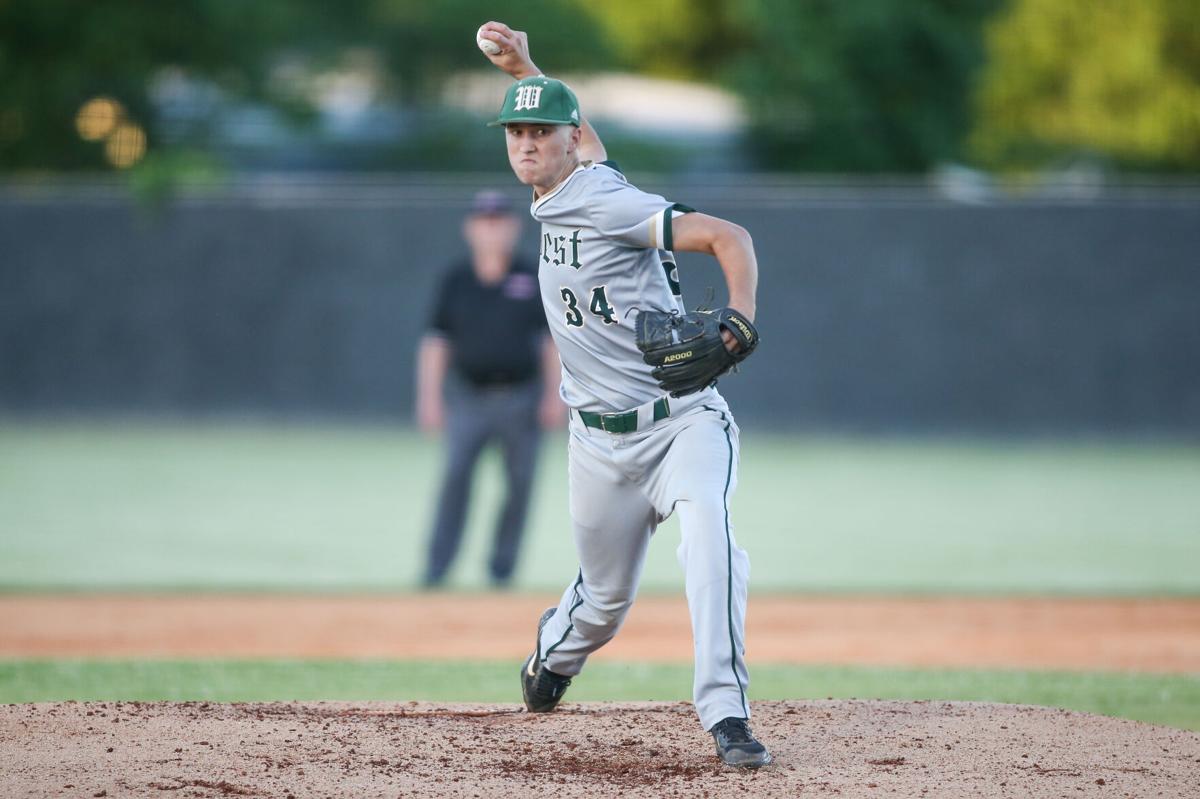 West Jones' Cole Tolbert reacts to getting hit by a pitch on Friday night.

How were they similar?

The result was similar as well — defeating Hattiesburg.

West Jones beat Hattiesburg 6-3 Friday night to earn a sweep in the 5A second-round playoff series.

“It was almost a mirror of last night,” said Sutton. “We struggled in the early innings at the plate and tried to make adjustments to what they were doing. We broke through in the middle just like last night.

It wasn't the cleanest game we've played," said Sutton. "We have some things we need to clean up and touch on next week. But obviously, anytime you go on the road in the playoffs and get a run, you're happy with that."

Matthew didn't have the strikeouts Tolbert had the night before but was just as efficient, holding Hattiesburg to just one hit. Only one of Hattiesburg's three runs against Matthews was earned. Errors in the field by the Mustangs led to the other two.

All six Mustang runs crossed in the fifth and sixth inning.

"We have to continue to get better offensively," said Sutton. "You have to beat good arms [in the playoffs]. We have arms that can match up against other teams, and that's what we've built ourselves around — good pitching and defense. There's going to be nights where your bats aren't there, so you have to pitch well and play good defense.

"If we keep grinding at practice offensively, we'll get better. That's what we're going to go to work on this next week because if you can string together some good hits to go along with good pitching, you're dangerous."

After Hattiesburg scored its first run of the series — a run off a Mustangs error in the bottom of the fourth — West Jones answered right away. The Mustangs scored runs off a bases-loaded walk, hit-by-pitch at-bat, a sacrifice fly by Francisco Elvira, and an RBI single by Clayton Widener.

The Mustangs added two runs in the sixth on a Hattiesburg error and an RBI by Camden Clark, who grounded into a fielders choice play that didn’t result in a West Jones out.

Hattiesburg answered with two runs in the bottom frame but could not add more as Cade Mauldin collected the save in relief for Matthews.

The one glaring difference from Thursday night’s game to Friday night’s finish was the location in the Mustangs’ lineup that produced hits. The top of its lineup led the way in Game 2.

“That’s one good thing about this team,” said Sutton. “We have nights where different guys step up and do a job for us. I don’t feel like we’ve reached a point where everyone is hot at the plate. You can look at that as a good or bad thing. It could be a good thing because maybe it’s coming. If all nine are clicking, then we could be dangerous.”

West Jones plays the winner of the Long Beach/East Central series next week. That series goes to a Game 3 on Saturday.