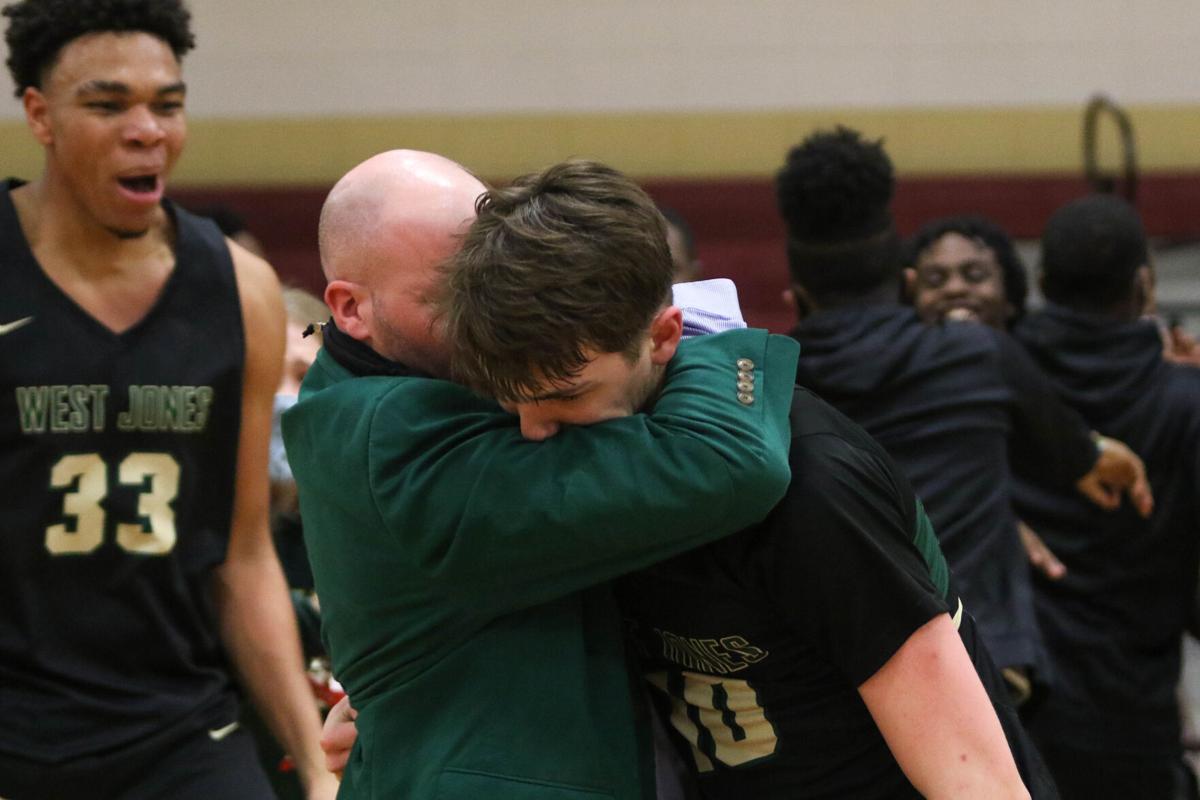 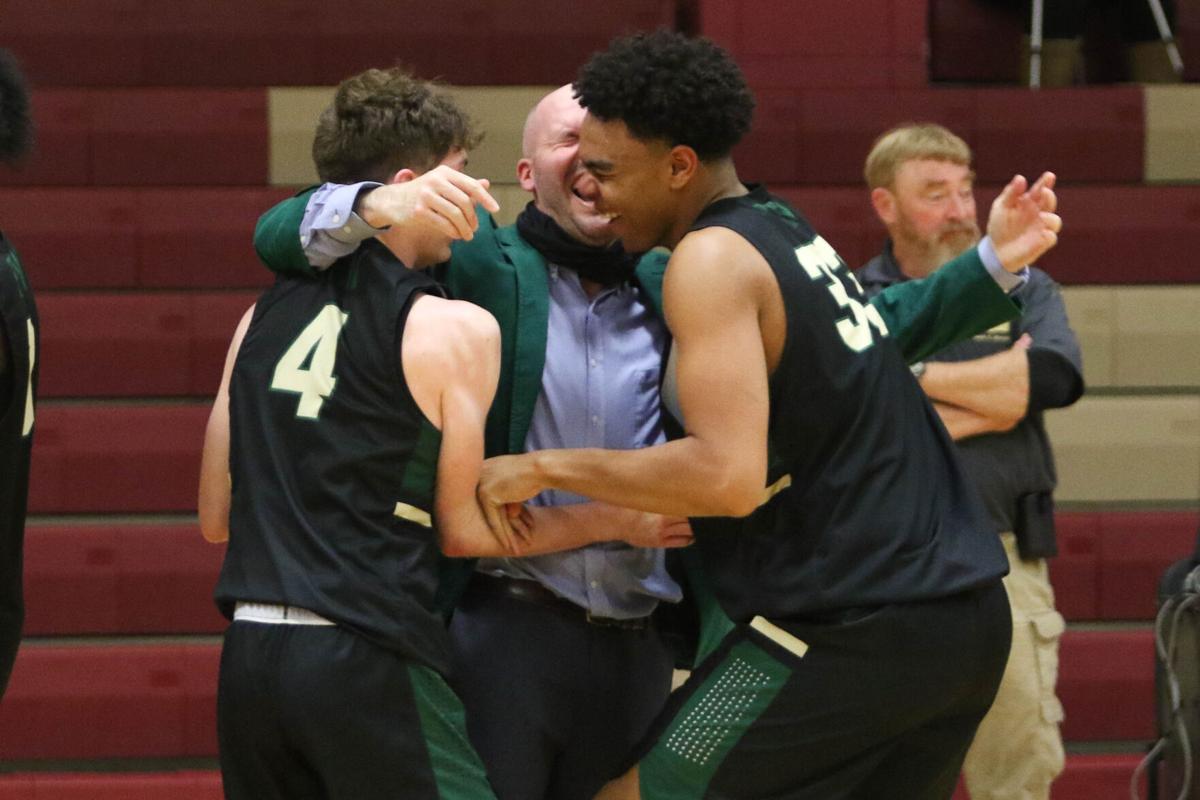 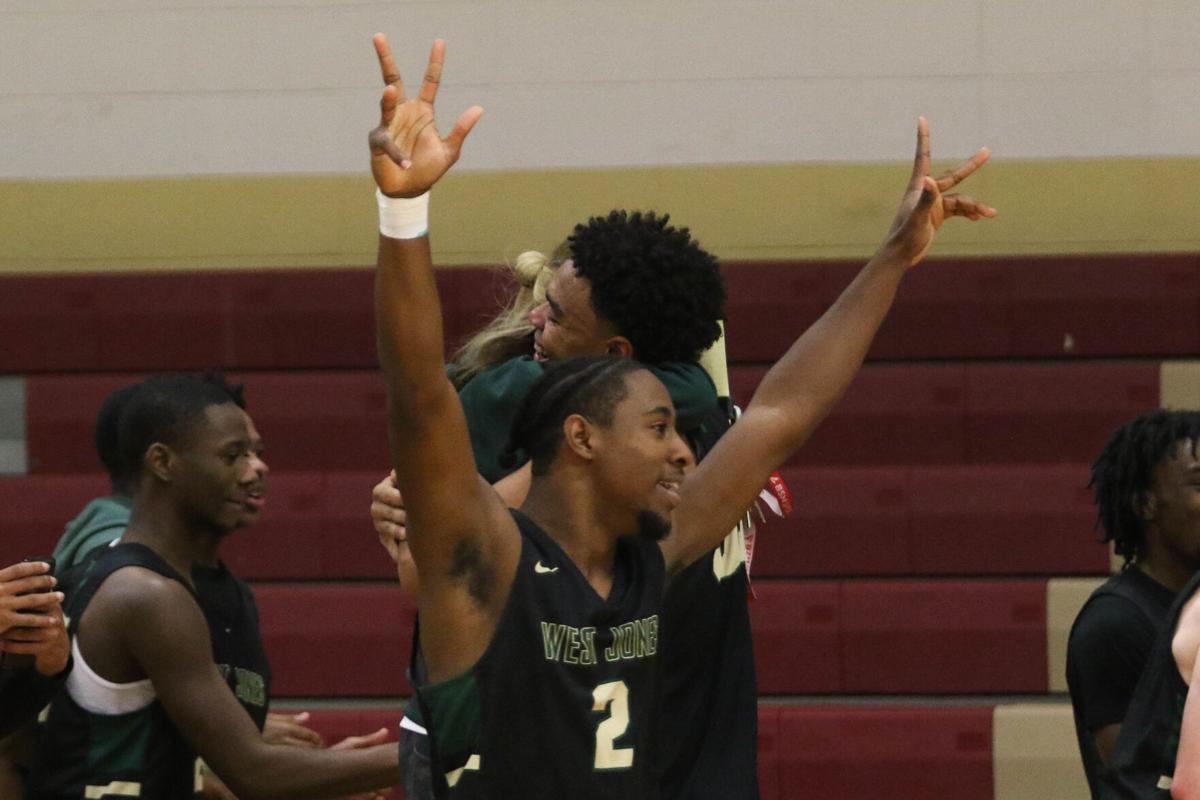 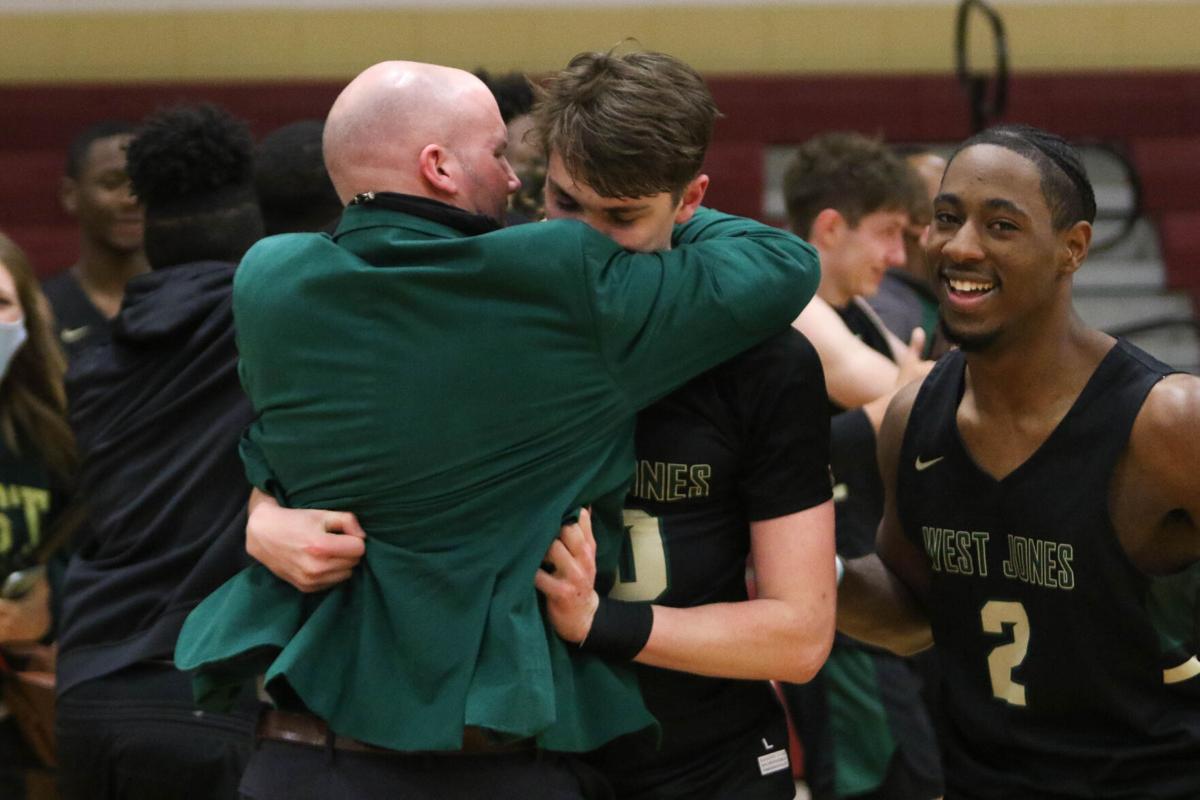 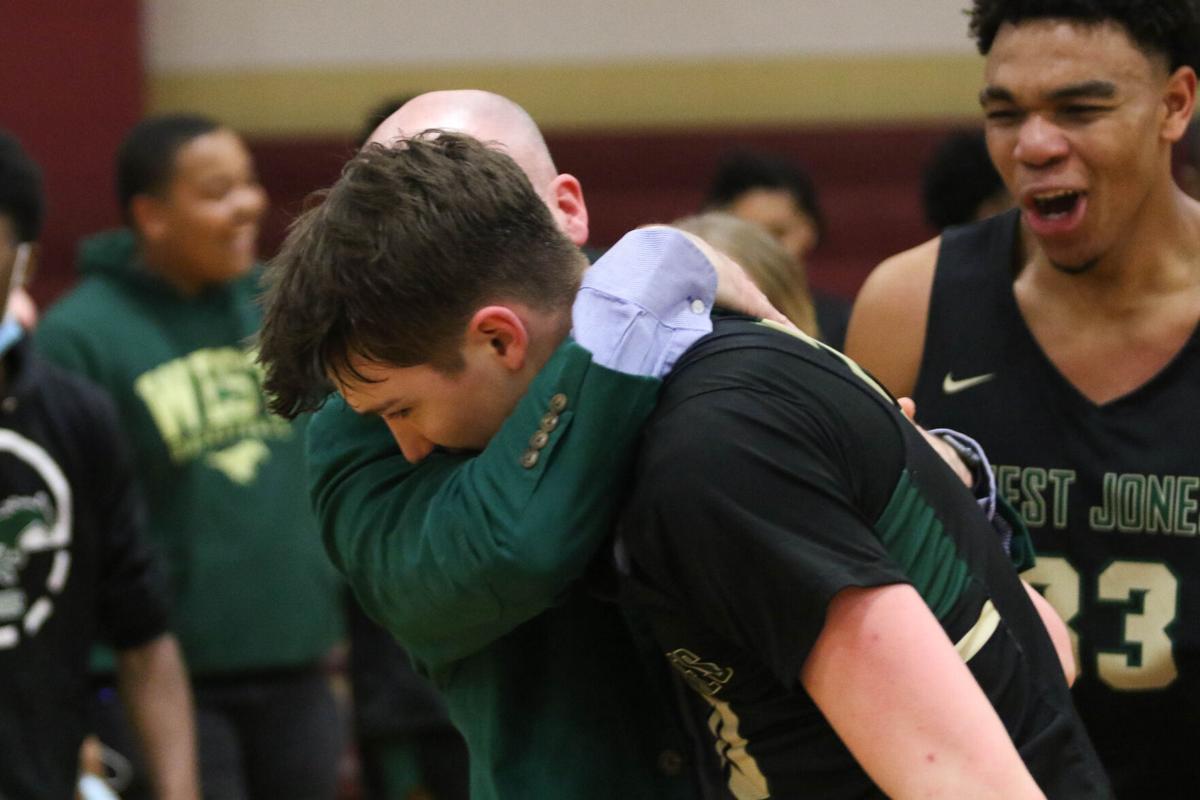 “I just did what I could with it. If I missed, no one could be mad at me. I wanted to knock it down or put it close,” Tyler Oehrli said with a smile on his face, covered in water after walking from the visitor’s locker room. Put it close he did, as he sank the half-court buzzer-beater to give West Jones the Region 5-5A Championship 55-54 over Laurel.

“We picked the right guy,” said West Jones head coach Todd Arnold. “We knew it was Tyler who was going to take it. I was trying to call a timeout with three seconds left, but they decided it would just be one second on the clock. All we were trying to do was drag him across the court. I assumed they would be in zone pressure which is what they were in, and he was able to get in front of their guys and take the shot.”

In a game that resembled a contest on the gridiron, it was a bit of irony that the winning shot was a half-court three, but that did not take away just how physical it was between the Tornadoes and Mustangs but proved how competitive it had been all night as the game featured 17 lead changes throughout.

“Laurel’s MO is that they are going to be physical and play you as tough as anyone. We fully expected that. You know, coming down here to coach and trying to figure out this territory, I knew the type of team we had to be to beat a team like Laurel. On the back of our jerseys, it says ‘TPW’ and that means ‘tough people win.’ We knew we had to be tough to win games like this,” explained Arnold.

Both teams fired back-and-forth throughout the second period as eight lead changes happened in the period. Shots from Laurel’s Jaylin Ellis and Walter Barber pulled Laurel ahead 17-13, but West Jones’ Oehrli fired from three to draw the Mustangs back within one midway through the period. Laurel seized the lead at the halftime break when Ajaveon Hatten hit a field goal to give Laurel a 30-27 lead, but a technical foul allowed West Jones to close within one, 30-29, at the break.

A quick Mustangs lead was snapped early in the third period as Laurel grabbed it and did not let go until Jahkerious Sermons hit a field goal to give them the lead. Laurel once again ended the period as the leader though as three from Carlos Martin gave them a 45-44 lead heading into the final period.

West Jones trailed throughout most of the final period, grabbing the lead for a short time when Sermons hit a field goal to go up 51-50. Laurel again answered and tied things up with 1:19 to play when Jaylin Ellis found the basket.

With more than 40 seconds left to play, Laurel drained most of the clock off, before getting inside the paint to score the go-ahead basket and take the lead 54-52.

With one second left, it was West Jones and Oehrli’s job to get open.

“Every kid imagines this growing up,” said Oehrli. “It is all surreal how we just won. I wanted to get towards the middle [of the court] and get as close as I could.”

“He’s a gym rat,” said Arnold about Oehrli.”He has shot that no telling how many times in practice. To do it in an actual game is amazing. We just knew he was the guy.”

“Since we have gotten our full team we are 11-1. We knew that these guys [from the football team] bring such energy and confidence, and that is such a great thing. A lot of people believe West Jones is a football school and it is hard to coach basketball there, to me, our football program and coach [Scott] Pierson has built winners, and I’ll take as many of those guys as we can get. We have those guys. I’m proud of them and how they’ve impacted our other guys.”