Skip to main content
You are the owner of this article.
Edit Article Add New Article
You have permission to edit this article.
Edit
Welcome, Guest
Home
News & Events
Sports
Lifestyle
Obituaries
e-Editions
Classifieds
Contests
Follow Us
Share This
1 of 3 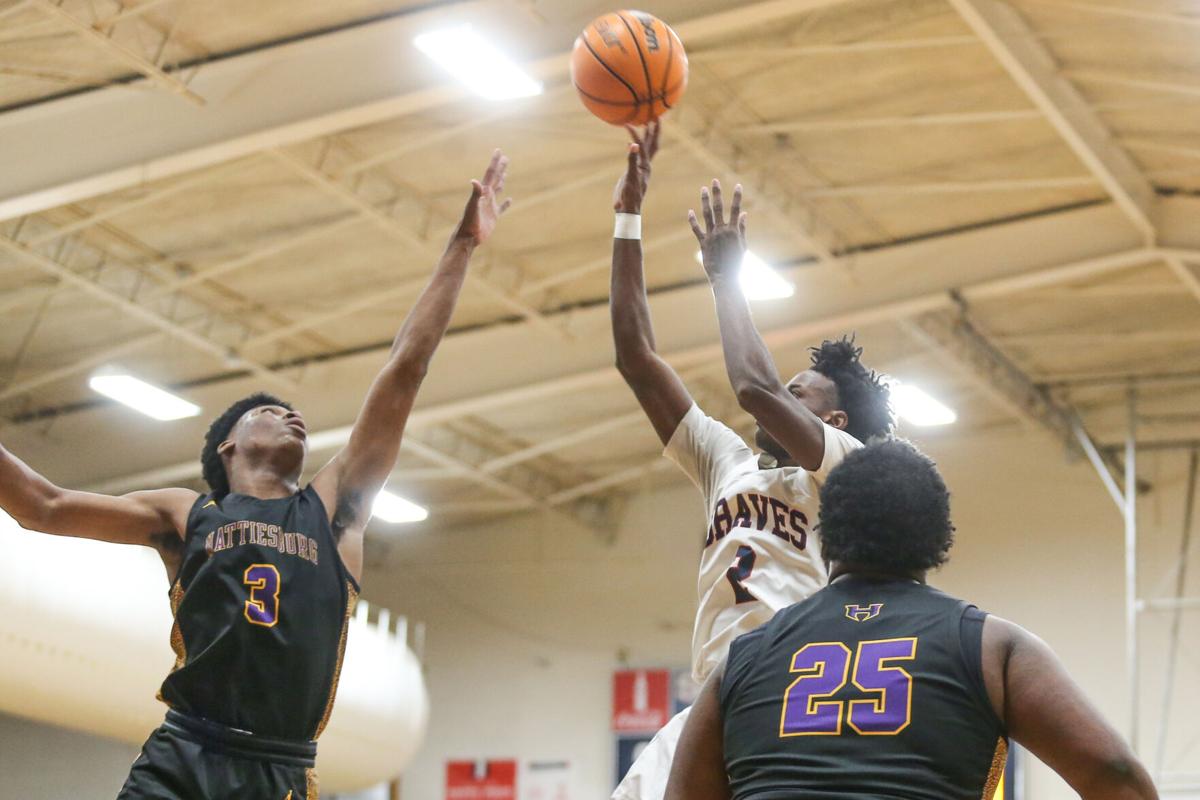 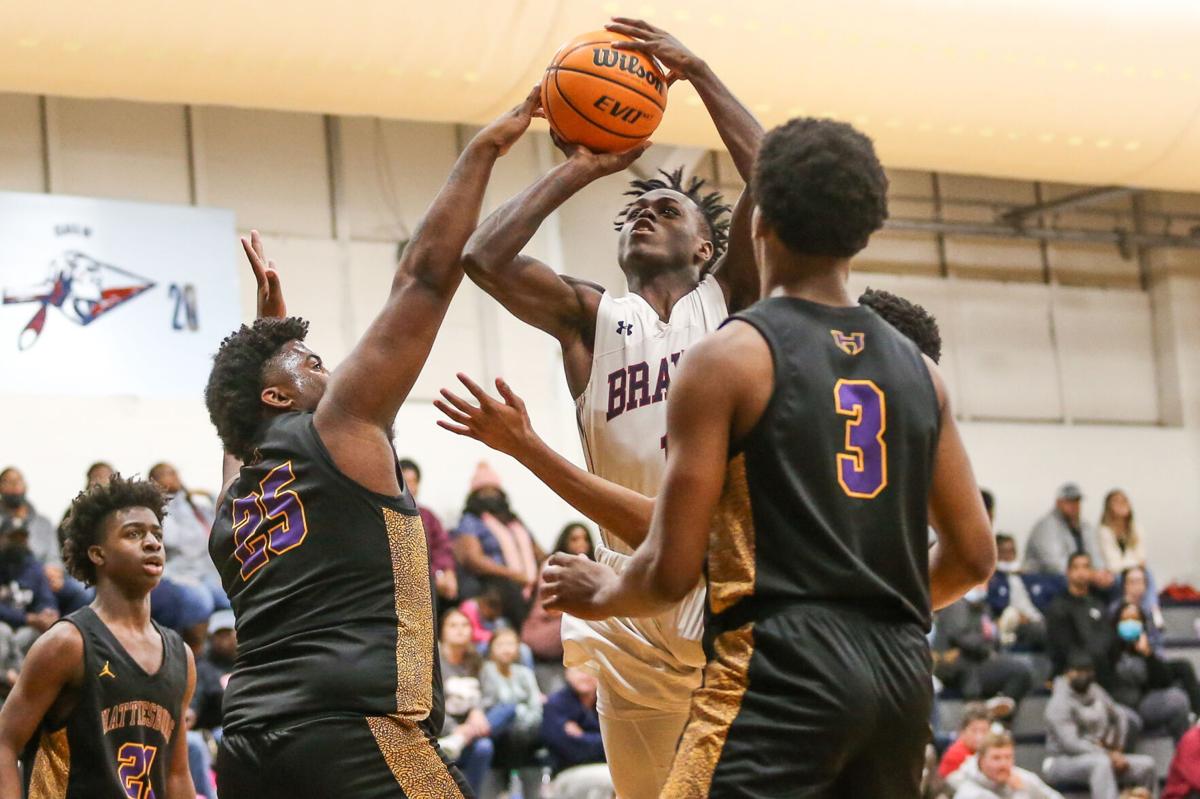 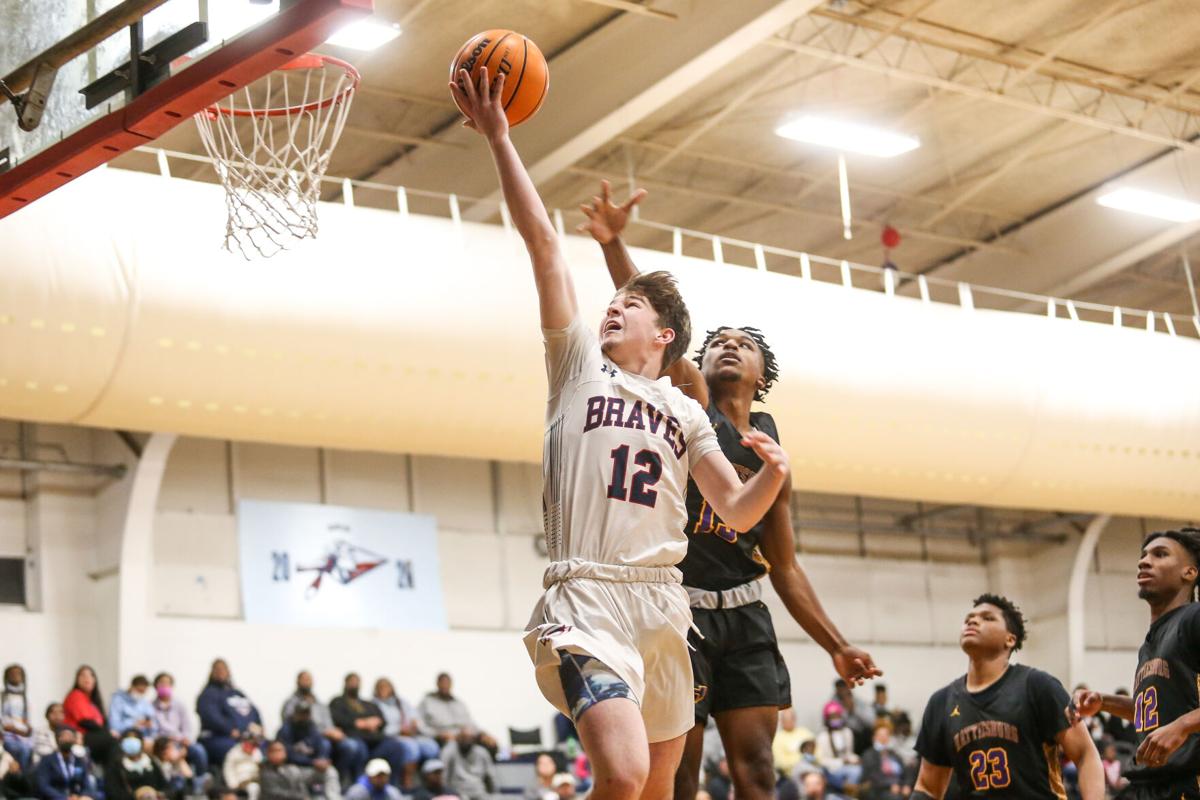 With one second remaining down two, South Jones senior Fran’darius Holder wanted the ball. Head coach Brian Butler drew a play up, and out of the timeout the ball found Holder’s hands, and out of his hands, he called game, giving the Braves a 57-56 victory over the Hattiesburg Tigers.

“We got in the huddle [during the timeout] and Fran’darius Holder said ‘coach, I want it so I drew a play up quick,” said Butler. “We kind of pieced it all together because we knew that Ashton Magee was going to be the decoy since he can jump high, so he went backside for the lob, and Fran popped to get open.”

Holder finished with 11 points on the evening, with the final points coming on the buzzer-beater shot.

Buzzer. Beater. On the Reservation! South Jones defeats Hattiesburg 57-56 as the shot hits with less than a second on the clock. pic.twitter.com/FQ1LX7MQvg

“He’s probably the only person that I know that can make that shot. It was an incredible shot,” added Butler.

The Braves controlled the game throughout, holding a lead at the end of every period while controlling the tempo of the contest.

“Hattiesburg is a great, well-coached team. They are athletic and they are all-around good players. When you play a team like that you have to make adjustments. We hardly ever play zone, and we had to adjust to that so we could show them something a little different to get that extra edge. It worked for us throughout the second and third periods,” explained Butler.

Near the end of the third period and into the fourth, the Tigers came storming back, taking the lead late into the final period.

“They made their run like we knew they would because good teams do that. We just had to be able to withstand that,” said Butler.

South Jones connected on six threes during the night. Ashton Magee ended the night with 11 points, including four in the final period. Jakobe Clark also scored 11 to bring three Braves to double-digit scorers.

With the district-opening win, Butler commented on how it sets the tone for the rest of district play.

“It is huge,” said Butler. “It is a big-time win. It was a great job to adjust for the guys and they were so hyped up for this game. It is such a big win moving forward in district play.”

While the Lady Braves trailed the Lady Tigers throughout the night, a fourth-period comeback sent the contest into overtime. Unfortunately, the comeback fell just short as South Jones fell to Hattiesburg 45-40

“I felt we started a little too slow, said South Jones head coach Shameka Thomas. “We are still trying to change the culture of the program. Once we got comfortable and saw that we could play with them I saw us start playing better and harder.”

Shannon Morgan finished her night with eight points including two clutch field goals in the fourth period to send the Lady Braves into overtime. Philips led the Lady Braves with nine points on the evening.

“We started believing a bit more in the second half and were able to get some stops on defense to get us close,” said Thomas.

Hattiesburg outscored South Jones 9-4 in the overtime period to take home the victory. Thomas explained what happened in the OT period.

“They were able to push the ball hard in transition. I had been saying all night long to get back in transition, and when they did that [in OT] it hurt us.”

“We just have to go into practice every day and get better,” continued Thomas. “Hopefully by the time the district tournament rolls around, we will be able to compete with everyone in the district.”