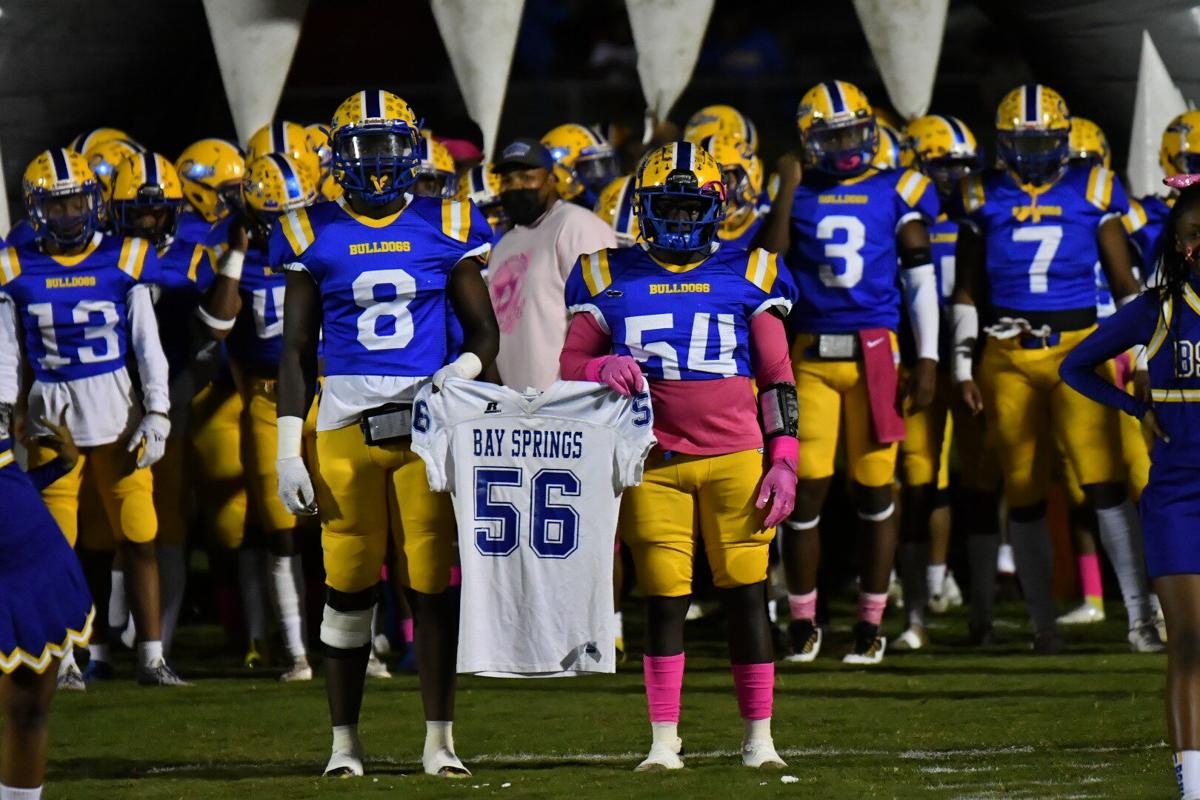 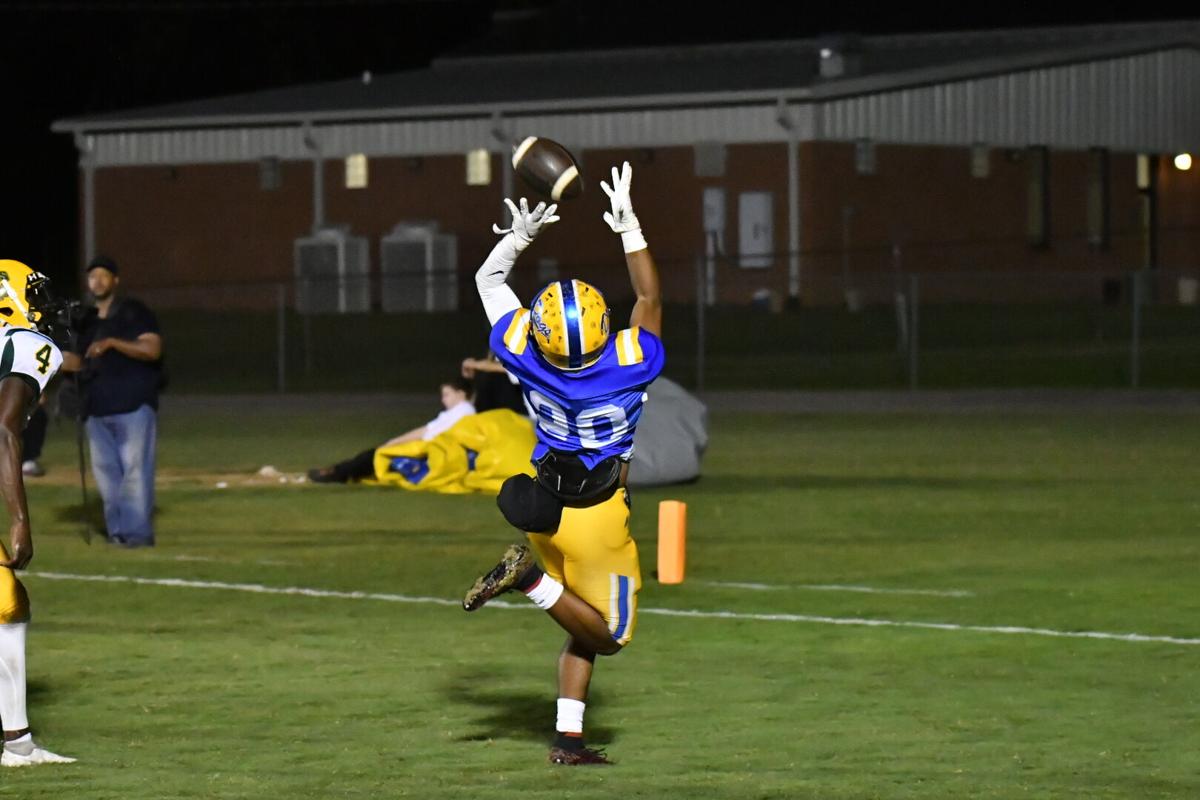 Senior Night at Bay Springs was a thing of beauty for the hometown Bulldogs. All the families, teachers, and fans were there to show their appreciation for these 2020 seniors consisting of players, cheerleaders, managers, band members, and any senior connected to this special year.

“They mean a lot. Most of these kids I’ve had as seventh Graders. When we first got them they didn’t know how to put a belt or pads in a pair of pants. They were green as they could be. They have been a great group that have battled through adversity. The last two years have been hard, and they handle it with class. I was glad for them to get a win and for their parents to get to see it,” said Bay Springs head coach Dan Brady.

Along with all the festivities, and actual football game broke out, and competition was lacking. The Brady Bunch simply dominated Salem in every aspect of the contest. The Bulldogs offense ran a total of 18 plays not including penalties and extra points. Junior running back Ty Jones scored on his first four touches, including two touchdowns for 22 and 16 yards along with two conversions for two points each.

The Bulldogs passed three times, and two of those were house calls. One from Anthony Newell to AJ Ross from 23 yards, and Trumayne Wheaton to Jamari Holiday for 16 yards.

Other highlight reels that must be mentioned are when senior Dimitris Roberts had a 30-yard pick-six to put the Bulldogs up 16-0 in the first quarter. But the last score was something rare and special. Brady reached in and found his trick-play notes from a 1980's playground match. He dialed up Landon "Weezie" Jones on a planned center-sneak for a 14-yard trip to the pay dirt.

After a running clock and the dust settled, the final tally was a 45-6 shellacking of the yellow and green Wildcats. Speaking of Green and Yellow, the Tartars are coming to town next. The defending 2A champions are led by first year head coach Jay Blackledge.

Blackledge was a former offensive coordinator of the Bulldogs and is wizard of the spread offense. He will be missing USM quarterback Ty Keyes, and on top of that will have a tall task of stopping a new ‘Ty’ in town who happens to be a Jones.

“Taylorsville is coming to town. Anybody that knows the rivalry knows that it’s been one-sided for Taylorsville,” Brady said before a brief pause and a serious look took over his eyes.

His coach-speak demeanor ended abruptly he left the interview with these final words, “There was a couple of games circled on the schedule, but this one was circled three or four times. We finally got’em back to Bay Springs. We haven’t had them here in three years, I believe. We’re glad to have’em back. They are a well-coached team. They play hard and have all the intangibles. Should be a good game, but we know how to win too.”