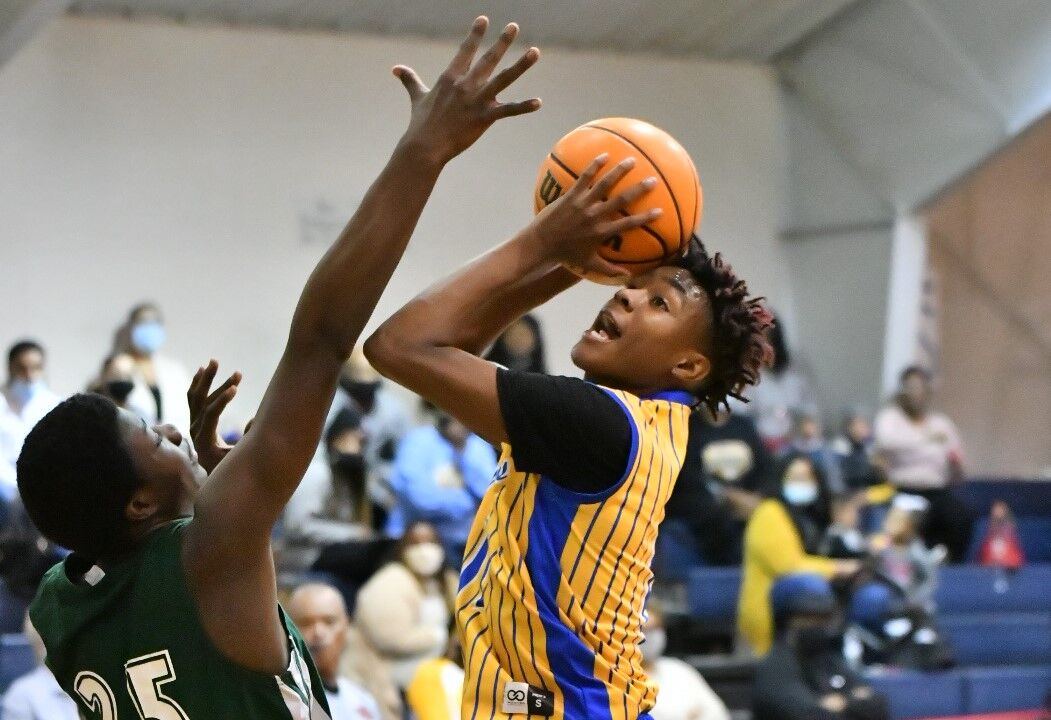 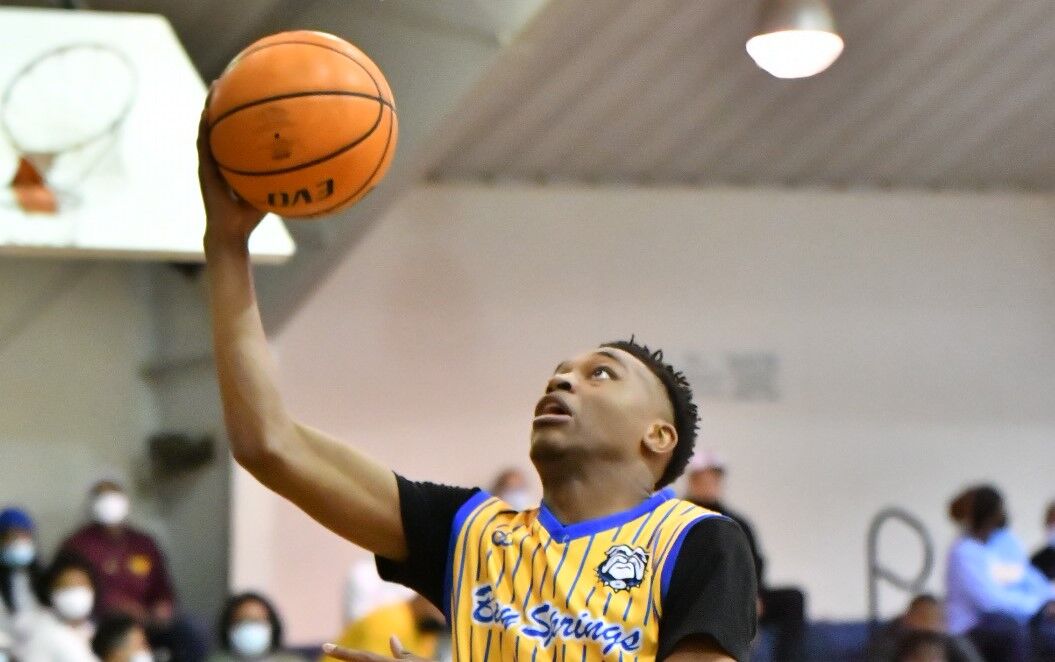 Well, the wheels on the bus go round-and-round all during playoffs at Bay Springs. Postseason is when the Bulldogs shine, and shine they did in a lop-sided whipping of the Collins Tigers 92-56.

The final score was not an indicator of how the first half was played. Junior Chad Jones had to hit two of his 22 points to beat the buzzer in the first quarter to give Bay Springs a 16-14 lead.

The Bulldogs held the lead for the half, but the Tigers simply would not go away. They got within five with a 1:50 in the half. Momentum showed up for the Bulldogs as Jones took a Tiger turnover in for the layup, and ended the half with another buzzer-beater circus shot.

Bay Springs head coach Corey Mackey was not happy with the first half play, but was pleased with the finishing effort.

"We started a little slow tonight. We went into halftime and talked about some adjustments. We came out and picked things up in the second half," he said.

After a steal and score early in the third period by Mario Jones, Bay Springs grew their lead and never looked back. Along with Jones, two other Bulldogs scored double digits. Tashun Pierce had 17, while A'Donnius McGill hit 16.

The Tigers might have chosen the wrong strategy to try to run with Bay Springs. Mackey had this to say about teams that like to run-n-gun, "We love people that try to run on us. That is our style. If you want to run with us we feel like we can run with the best of them."

Depth also plays a role in a running-style offense. Mackey is known for playing a deep bench over the years. After two state championships, he might have the recipe to win more championships in the future.

"Actually, I believe if you practice against our starters, you should be able to play in a live game. I try to build trust over the season with those kids off the bench. When you play seven or eight we want to throw 12 back at you," Mackey explained.

The playoffs are afoot, and going into the second round, the odds of a perfect season will diminish to some level. Mackey knows it is a big deal, but do his players grasp the gravity of the potential perfect season? "I'm glad we are undefeated, but the kids don't talk about that. They have goals for the season and next season. If they go undefeated they want to be invited to a big tournament. They just want to win a gold ball," he answered.

No matter what happens, the Bulldogs are in familiar territory with all their goals intact. The main goal is to get to that third championship, and Mackey made that clear, "Hopefully we will make it to Jackson. We are headed in the right direction."