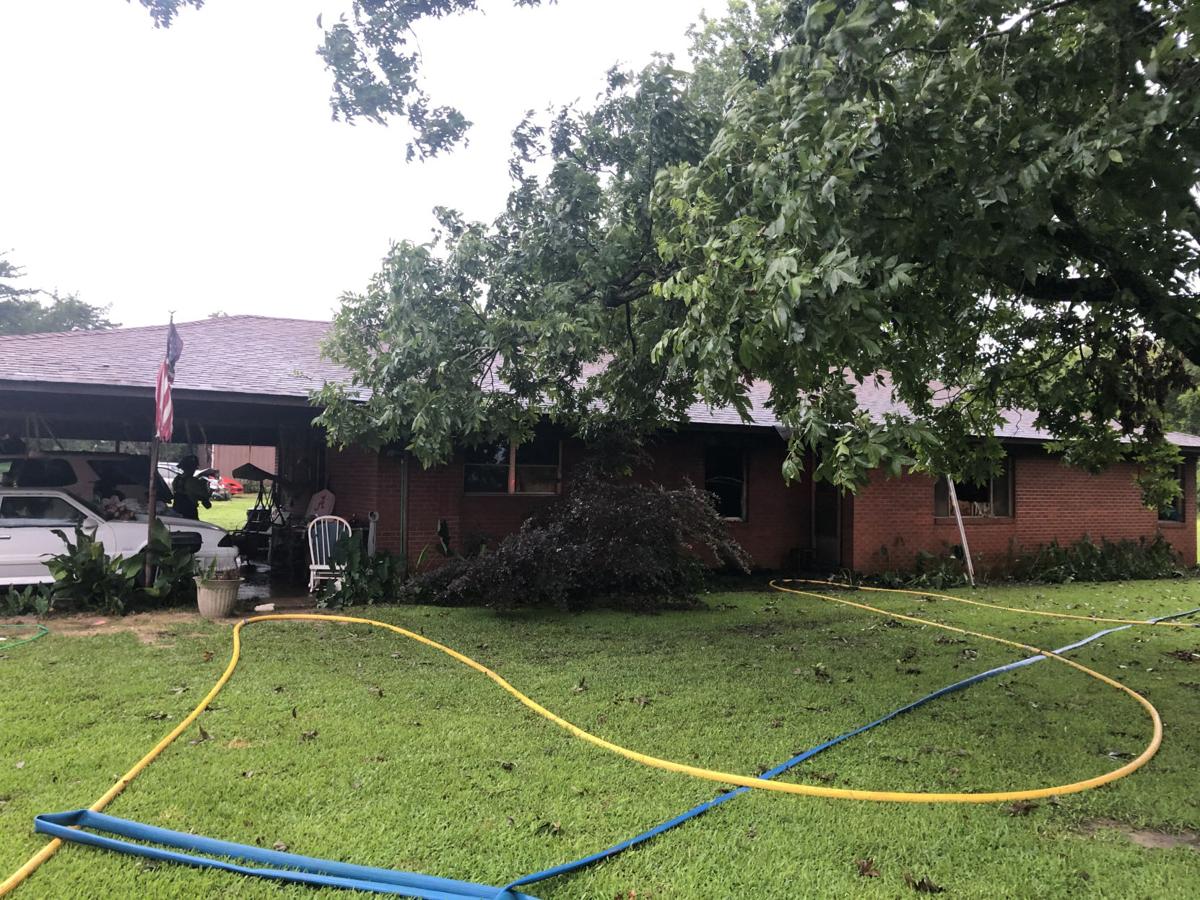 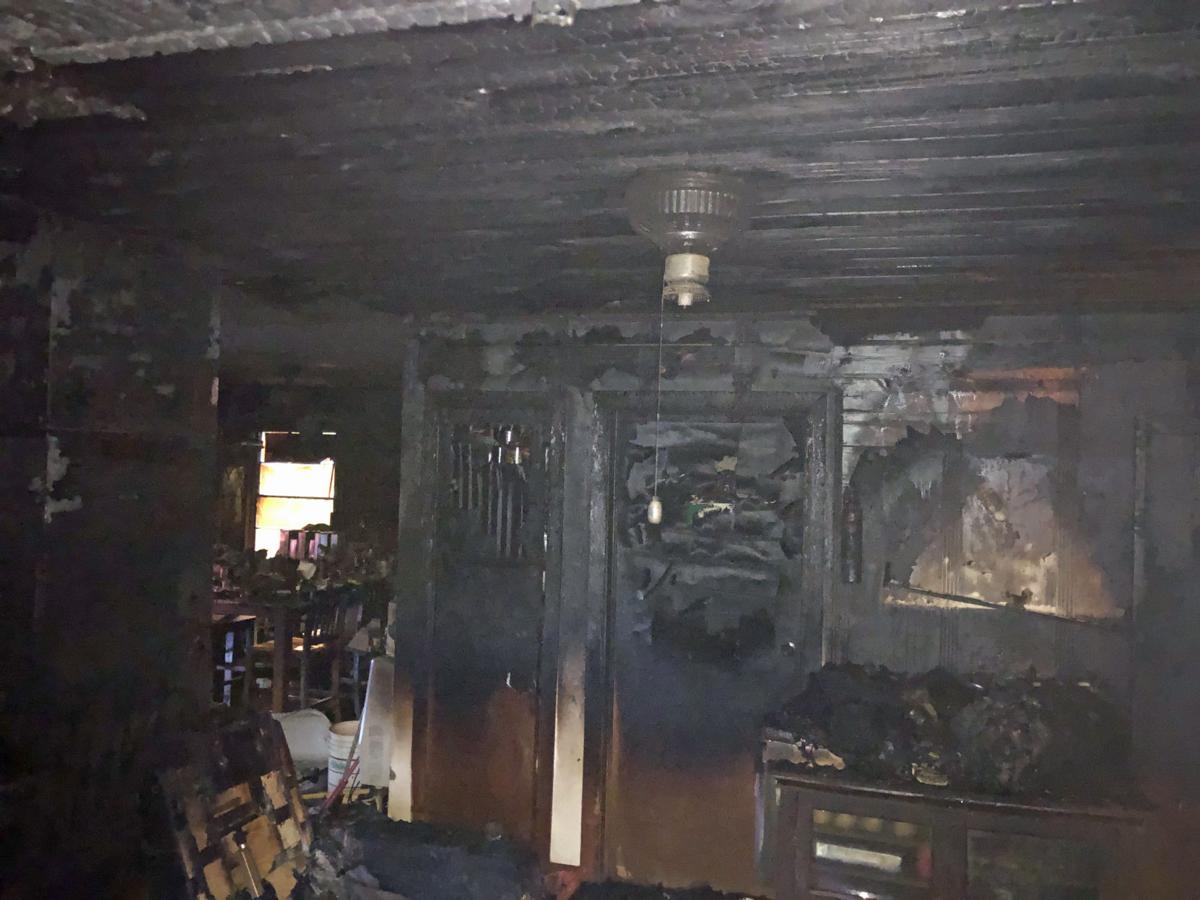 Laurel — Shady Grove and Sharon volunteer fire departments responded to the report of a structure fire at 2 Greenbriar Lane shortly after 5:00 a.m.  Upon arrival of the initial fire apparatus, there were visible flames through the front windows of the home in the kitchen/living room area. Firefighters began an aggressive attack and were able to prevent fire damage to most of the back bedrooms.
Homeowner Randy Crocker stated his daughter-in-law awakened and felt like she was choking. At that point she notified the family in time for them to evacuate the home through their bedroom windows. One of the residents sustained a minor injury escaping the home. Mr. Crocker lives at the home with six family members, including two children.
Emserv Ambulance Service and Jones County Sheriff’s Office were also on scene. The family had six pets (five dogs and one rabbit) that perished in the incident. No other injuries were reported. The home sustained major damage.
The family reported that they kept the hallway door closed, such that the bedrooms are closed to the remainder of the home. The family’s habit of closing this door provided a few more precious minutes for firefighters to arrive and fight the blaze, and it assisted their efforts to salvage the bedroom area of the home.
The Jones County Fire Council would like to take this opportunity to remind citizens to always sleep with bedroom doors closed. This simple act can slow a fire’s spread into bedrooms, giving a few extra minutes to escape a fire in the home. Close before you doze!
Information by Dana Bumgardner, PIO, Jones County Fire Council.